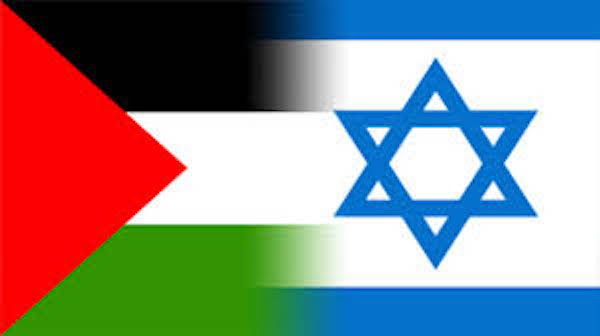 Palestinian nationalism encompasses behaviors, governmental policies, lay attitudes, history (historical revisionism, more precisely), and much more. That is to say, Palestinian nationalism itself is not only typical nationalism as we see from other nations around the world, but it is also a culture that mutates and adapts to the geopolitical and social climate, both in the Middle East and abroad. It changes, sometimes yearly, sometimes monthly, sometimes on a day-to-day basis, depending on the metamorphosing goals of the movement. I will go so far as to say it is even more than a natural culture… it is an agenda. An agenda with a specific, fine-tuned message. The message, we will see, is violent, destructive, laden with uncompromisable hatred and Antisemitism.

Israeli nationalism exists as well, thank God. It is the foil, if you will, to the story of Palestinian nationalism. In the storybook of history, the Israeli sovereignty movement is akin to the “good guy” fighting against Palestinian nationalism, which is tantamount to the “bad guy” or big bad wolf (or whatever children’s book you want to use… it’s all applicable).

Let me address my biases before I go any further. As you can probably tell from the aforementioned “thank God” comment, I am entirely in favor of Israeli nationalism, and I make no qualms about it. It would be disingenuous to pretend to be even-handed in my assessment of the two conflicting nationalisms in the region. Thus I am not going to do so. I will be honest and say I am a proud Israeli, a proud Jew, and someone who knows the value of objective morality. As such, I confirm I am 100% biased in favor of the more moral, humane side (in this case, Israeli nationalism).

Many will still complain about my self-admitted biases. I reiterate my unabashed pride and complain that my views are clouded by my love for Israel, my citizenship, my religious beliefs, and so on.

Detractors often want me to “see the other side.” Allow me to make this perfectly clear: it is categorically immoral, abhorrent, and dangerous to “see the other side” in certain instances. For instance, pedophiles. No, I am not comparing any party in the Middle East to child molesters, but it is an apt analogy so bear with me for a moment. Pedophiles have a point of view. They have their own opinions too. However, if someone were to make the argument that I need to at least listen to the pedophile’s justification of his behavior towards children or be open to seeing “where he is coming from,” I would emphatically refuse. There are instances wherein a movement, person, concept, or behavior is so vile, damaging, and immoral that there cannot be an even-handed or unbiased approach.

I am proud to be ardently against Palestinian nationalism, as it is one of these aforementioned vile, damaging, immoral things. Now let me prove it.

I’ve stated my thoughts on the matter, but it is time to arrive at our conclusive proof that Palestinian nationalism is a dangerous and immoral movement.

“Armed struggle is the only way to liberate Palestine. This is the overall strategy, not merely a tactical phase.” (Palestinian National Charter, Article 9)

“The liberation of Palestine […] aims at the elimination of Zionism in Palestine.” (Palestinian National Charter, Article 15)

“Claims of historical or religious ties of Jews with Palestine are incompatible with the facts of history. Judaism is not an independent nationality. Nor do the Jews constitute a single nation with an identity of its own; they are citizens of the states to which they belong.” (Palestinian National Charter, Article 20)

“Israel is a constant source of threat vis-à-vis peace in the Middle East and the whole world.” (Palestinian National Charter, Article 22)

“Israel will exist and continue to exist until Islam will obliterate it.” (Hamas Charter, Introduction)

“Our struggle against the Jews is very great and very serious.” (Hamas Charter, Introduction)

Hamas “strives to raise the banner of Allah over every inch of Palestine.” (Hamas Charter, Article 6)

“The Day of Judgement will not come about until Muslims fight the Jews (killing the Jews), when the Jew will hide behind the stones and trees. The stones and trees will say, ‘O Muslims, there is a Jew behind me, come and kill him’.” (Hamas Charter, Article 7)

“Nationalism, from the point of view of the Islamic Resistance Movement [Hamas], is part of the religious creed. Nothing in nationalism is more significant or deeper than in the case when an enemy should tread Muslim land. Resisting and quelling the enemy become the individual duty of every Muslim.” (Hamas Charter, Article 12)

“Initiatives, and so-called peaceful solutions and international conferences are in contradiction to the principles of the Islamic Resistance Movement […] There is no solution for the Palestinian question except through Jihad.” (Hamas Charter, Article 13)

“In the face of the Jews’ usurpation of Palestine, it is compulsory that the banner of Jihad be raised.” (Hamas Charter, Article 15)

“After Palestine, the Zionists plan to expand. Their plan is embodied in the “Protocols of the Elders of Zion”.” (Hamas Charter, Article 32)

Violence, animosity, Antisemitism, hatred, history revisionism, and impregnable ignorance are embodied in these abovementioned Palestinian charters. These words are directly from the mouths of the Palestinian governments, the Palestinian representation, ultimately the Palestinian people themselves. This is Palestinian nationalism.

Of course, we also have to compare the Palestinian nationalism documents with the foundational Israeli nationalist document, Israel’s Declaration of Independence. You can read the comprehensive declaration anytime. It is readily available online (as are the PLO and Hamas charters), and I only wish to focus on one specific part of the Israeli Declaration of Independence. That is the part that pertains to others. We have seen how the Hamas Charter and the Palestinian Authority Charter view other religions, citizens, and nationalities.

Now let’s look upon Israel’s foundational document and see how it views people other than Jewish citizens:

“The State of Israel […] will foster the development of the country for the benefit of all its inhabitants; it will be based on freedom, justice, and peace. It will ensure complete equality of social and political rights to all its inhabitants irrespective of religion, race or sex; it will guarantee freedom of religion, conscience, language, education, and culture; it will safeguard the Holy Places of all religions.”

Further down, the Declaration of Independence explicitly states that the State of Israel wishes all Arab inhabitants to “participate in the upbuilding of the State on the basis of full and equal citizenship and due representation in all its provisional and permanent institutions.”

When we see these two nationalisms side-by-side, their charters and characteristic documents juxtaposed, it is evident that one is good, one is not. One is moral. One is immoral. One strives for peace while the other strives for violence. This is plain to see. Again, these are not my opinions… these are assertions made directly by the aforementioned nationalistic parties/movements.

The Palestinians themselves make no qualms that their success relies on the destruction of Israel and the Jewish People contained within. We can have further discussions about the implementation of Israeli nationalism, how it is working, where the country has made mistakes, and how we might positively and productively fix these mistakes. However, these mistakes do not nullify the issue at hand, that is, Palestinian nationalism as a violent and immoral movement.

These nationalisms were developed for very different reasons at their core, and they take very different forms. To reiterate, Israeli nationalism is peaceful, patriotic, inclusive, diverse, and obliged to high ethical standards. Palestinian nationalism is the opposite, promulgating Antisemitism and hatred so deep that it manifests in violence and destruction (often even self-destruction).

I am a proud Zionist, a proud Israeli, a proud nationalist Jew. I will continue to speak the truth.

Lauren Isaacs is the National Director of Herut Canada and the Internship Coordinator for World Herut in Israel. Herut is an international movement for Zionist pride and education dedicated to the ideals of the late Zionist leader Ze’ev Jabotinsky. More about Herut can be found at www.HerutNA.org–Please consider clicking here and join Lauren as a member of Herut.