Israel May Have as Much Oil As Saudi Arabia-Moses WAS Right.

Shortly after she stepped down from her position as Prime Minister Golda Meir toured the US. In talking about the advantages in resources the Arab states had over Israel, she blamed Moses.  Too bad, that after leading his people across the miraculously parted Red Sea, he did not turn right—to where the oil was—but instead turned left. But now Moses’ sense of direction is making a comeback.

Last year exploratory drilling off Israel’s northern coast this week has confirmed the existence of a major natural gas field — one of the world’s largest offshore gas finds of the past decade — leading the country’s infrastructure minister to call it “the most important energy news since the founding of the state.” 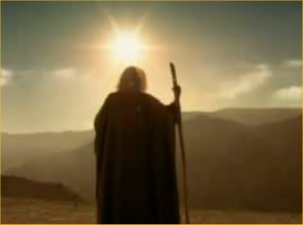 What is less well-known, but even more dramatic, is the work being done on this country’s oil shale. The British-based World Energy Council reported in November 2010 that Israel had oil shale from which it is possible to extract the equivalent of 4 billion barrels of oil. Yet these numbers are currently undergoing a major revision internationally.

A new assessment was released late last year by Dr. Yuval Bartov, chief geologist for Israel Energy Initiatives, at the yearly symposium of the prestigious Colorado School of Mines. He presented data that our oil shale reserves are actually the equivalent of 250 billion barrels (that compares with 260 billion barrels in the proven reserves of Saudi Arabia).
Independent oil industry analysts have been carefully looking at the shale, and have not refuted these findings. As a consequence of these new estimates, we may emerge as the third largest deposit of oil shale, after the US and China.

It gets better, extracting oil from shale is an ugly process, using lots of energy and causing much pollution. But Israeli scientists have found away around it.

Yet new technologies, being developed for Israeli shale, seek to separate the oil from the shale rock 300 meters underground; these techniques actually produce water, rather than use it up.

The technology will be tested in a pilot project followed by a demonstration stage. It will be critical to demonstrate that the underground separation of oil from shale is environmentally sound before going to full-scale production. The present goal is to produce commercial quantities of shale oil by the end of the decade.

For if Israel develops a unique method for separating oil from shale deep underground, that has none of the negative ecological side-effects of earlier oil shale efforts, that technology can be made available to the whole world, changing the entire global oil market. The effect of the spread of this technology would be to shift the center of gravity of world oil away from Iran, Saudi Arabia and the Persian Gulf to more stable states that have no history of backing terrorism or radical Islamic causes. (In the Arab world, Jordan and Morocco have the most significant oil shale deposits.)

It will be interesting to see nations such as France and Great Britain who would just as soon see Israel destroyed just to stay in the good graces of oil producing Arab nations react to an oil producing Israel.

Israel is uniquely situated by its geographical position and is able to direct its energy exports to either Europe or China and India. It may not have the capital to build this export capacity, but the involvement of foreign investors in these projects will give European and American banks new interests in developments.

Personally, I would make them beg, but Moses would want us to be nice, and after all he picked the right direction.