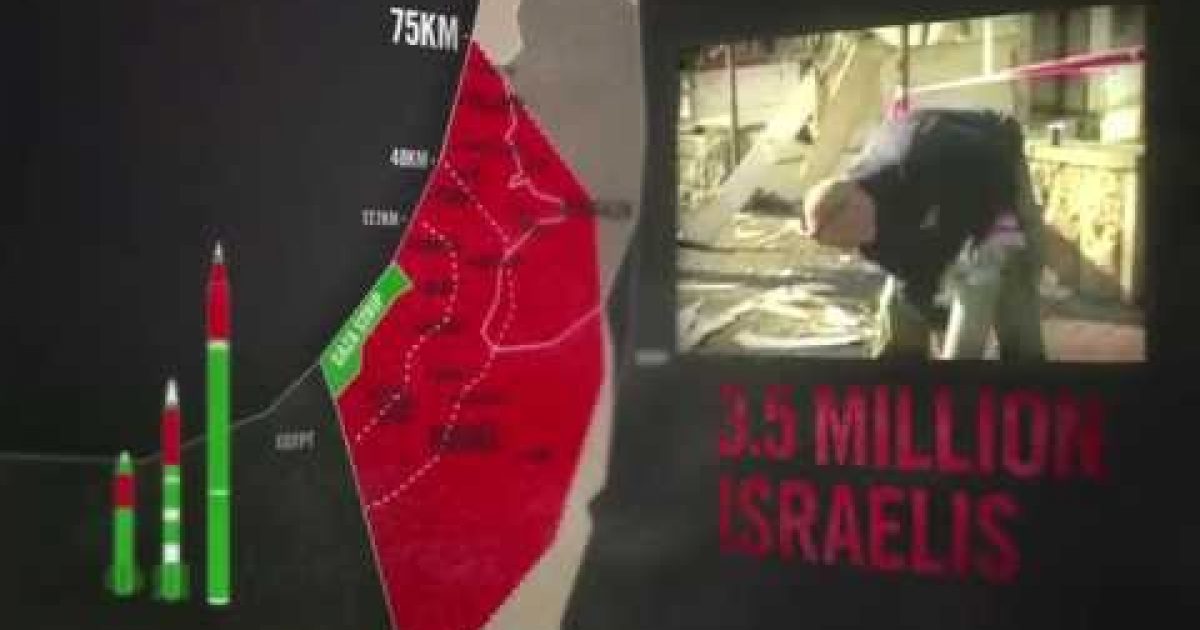 The IDF launched a series of airstrikes on Gaza terrorists Tuesday morning calling it “Operation Protective Edge.” More than 50 targets were hit in the offensive, according to the IDF

Defense Minister Moshe Ya’alon warned, “We’re heading toward a campaign against Hamas, which will not be over after a few days,” adding that Hamas intends to exact a price from the Israeli home front.  Reports are that Bibi Netanyahu told the IDF to take the gloves off.

Meanwhile, rocket fire on Israel’s south continued. Terrorists in Gaza fired approximately 100 rockets toward Israel on Monday evening and Tuesday morning (approximately 250 Rockets the first week of July and 450 rockets since the beginning of the year), with Hamas openly claiming responsibility for some of the launches for the first time since the current round of fighting began.

At about 1:30am local time Tuesday the IDF announced – over Twitter- that Israel had launched Operation Protective Edge.

In the days before the operation, Israel tried to defuse the situation. The IDF sent proposals for calm via the media and similar messages were probably been sent to Gaza via Egypt. First, Hamas responded with positive signals. The Israelis were told that Hamas would soon enforce its control over its military wing and over the smaller armed factions in the Gaza Strip. But instead the rocket attacks escalated.

According to the  Arabic daily Al-Hayat Israel was trying to secure a ceasefire/deescalation right up through Monday. Messages were still being sent through Egyptian mediators yesterday:

Arabic daily Al-Hayat reports that Israel warned Hamas and Islamic Jihad through Egypt on Monday that if the rocket fire persists, the IDF will respond strongly.

“Israel will strike Gaza with a heavy hand if the two movements don’t accept a truce,” a senior Egyptian official told representatives of the two organizations, according to a Palestinian official.

At the same time the rocket attacks were increasing, so were the Hamas demands. In order to consider a cease fire Hamas demanded the release of dozens of terrorists who were released in the Gilad Shalit deal and whom Israel rearrested after the abduction of the three youths in the West Bank. And demanded that Egypt and the Palestinian Authority ease movement through the Rafah crossing, which has been almost completely closed, finally they demanded the transfer of money to pay the salaries of Hamas government employees in Gaza.

The Israel Defense Forces called up 1,500 reservists in preparation for further escalation, after the security cabinet decided on Monday afternoon to intensify attacks against Hamas and other terrorist groups in the Gaza Strip. The IDF intends to call up several thousand more reservists ahead of a possible ground offensive in Gaza.