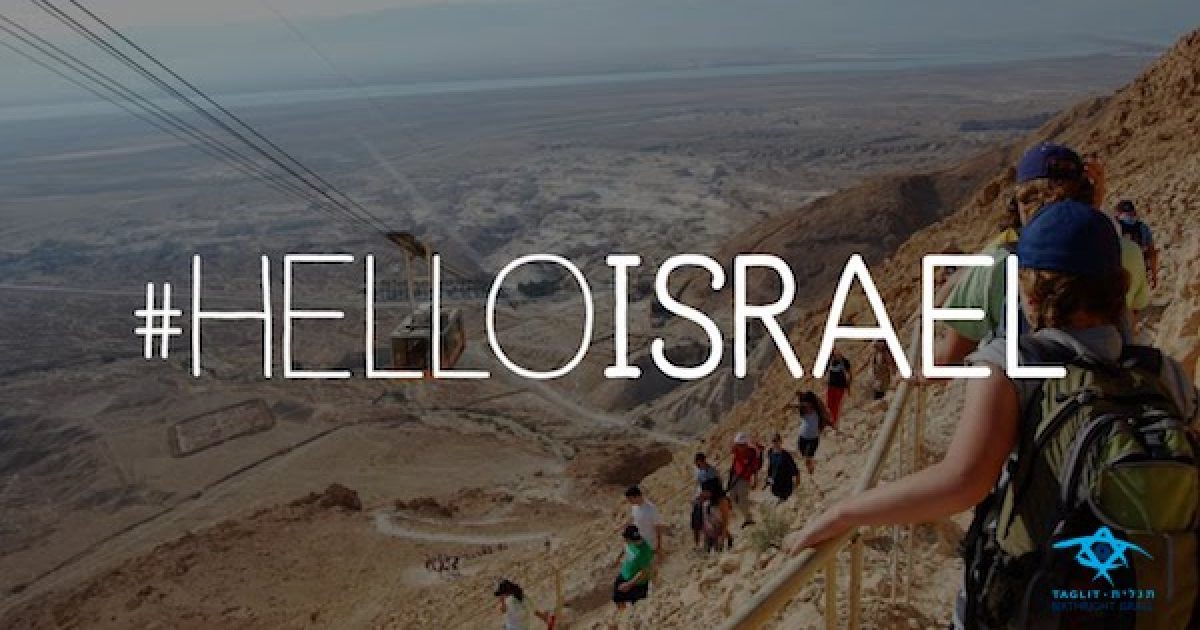 An anti-Israel organization with the deceptive name Jewish Voice for Peace (JVP) is mounting a campaign urging eligible American Millennials to reject Birthright Israel, a program designed to strengthen the ties between Israel and young adults in the diaspora by sending them to the Holy Land for ten days.

According to Birthright Israel’s website, more than 600,000 people from around the world (including my daughter) have participated in the program since it started in 1999. Participants do not travel to the disputed territories of Judea, Samaria, Gaza, or East Jerusalem other than the Jewish Quarter of the Old City.

Using the slogan #ReturnTheBirthright, JVP is urging Jewish youth to sign a pledge laden with anti-Israel propaganda which says in part:

“As young Jews, we recognize that Israel is not our birthright. In 1948, Zionist militias expelled over 700,000 Palestinians from their homes and villages, an act of ethnic cleansing, known by Palestinians as the Nakba or ‘catastrophe’ in Arabic, that cleared the land for the creation of the modern-day state of Israel. Today, when young Jews are taken by Birthright guides on hikes through forests in Israel, they still sometimes stumble across the remnants of these destroyed Palestinian villages, covered over, often deliberately, by the Jewish National Fund’s tree-planting programs. Meanwhile, millions of these Palestinians and their descendants continue to live in refugee camps and elsewhere in the global Palestinian diaspora, unable to return to their homeland, while those that remain in historic Palestine continue to face discriminatory, second-class citizenship within present-day Israel, and permanent military occupation in the West Bank and Gaza.”

JVP told Ha’aretz that “the new national campaign grew out of a number of local anti-Birthright initiatives on individual campuses, which inspired the group to take the movement to campuses across the country.

Birthright is anathema to the Jewish Voice for Peace whose strategy, as stated by executive director Rebecca Vilkomerson on May 13, 2013, at Stanford University, is to divide the American Jewish community.

Named one of the Top Ten Anti-Israel organizations in America by the ADL, JVP uses its “Jewish” identity to shield itself from charges of anti-Semitism, although it’s unclear whether or not its membership is mostly Jews. Despite the Jewish in its name, JVP considers itself part of the anti-Semitic Solidarity movement and promotes anti-Israel, anti-Semitic BDS campaigns on U.S. campuses, in academic associations, unions, churches, and in corporate stockholder meetings.

The JVP #ReturnTheBirthright program is so extreme, another anti-Israel group masquerading as pro-Israel, J Street, does not agree with the latest JVP effort.

In an interview with Haaretz, Ben Elkind, director of J Street’s college effort J Street U, said that his Birthright trip was “an important piece of my engaging around Israel and the broader Israeli Palestinian conflict.” He added that “it is important to encourage students to engage rather than not engage” with the issue.”

“I empathize deeply with the questions and concerns” expressed in the JVP campaign, he said. “I think (people like) Adelson [who is one of Birthright’s major donors] have not been a productive force in the politics of this issue, and I think there are reasons to have real concern about the lack of freedom of movement of Palestinians. But I am not sure the response needs to be to boycott Birthright. I think there are potentially more meaningful courses of actions.”

JVP opposes any group or individuals with whom they disagree, to the point of disrupting pro-Israel events including a talk by Israeli Prime Minister Netanyahu to the General Assembly of the Jewish Federation in 2010 and the AIPAC policy conference in 2012, bursting in with shouts and chants until they were forcibly removed.

All the hatred spewed against Birthright Israel by the Jewish Voice for Peace should comfort both donors to Birthright and parents whose children are considering going on a Birthright trip. After all, if the program wasn’t successful in creating a bridge between young Jewish adults and the nation of Israel, JVP wouldn’t be attacking them.