Over 200 Reasons To Say No To A Palestinian State 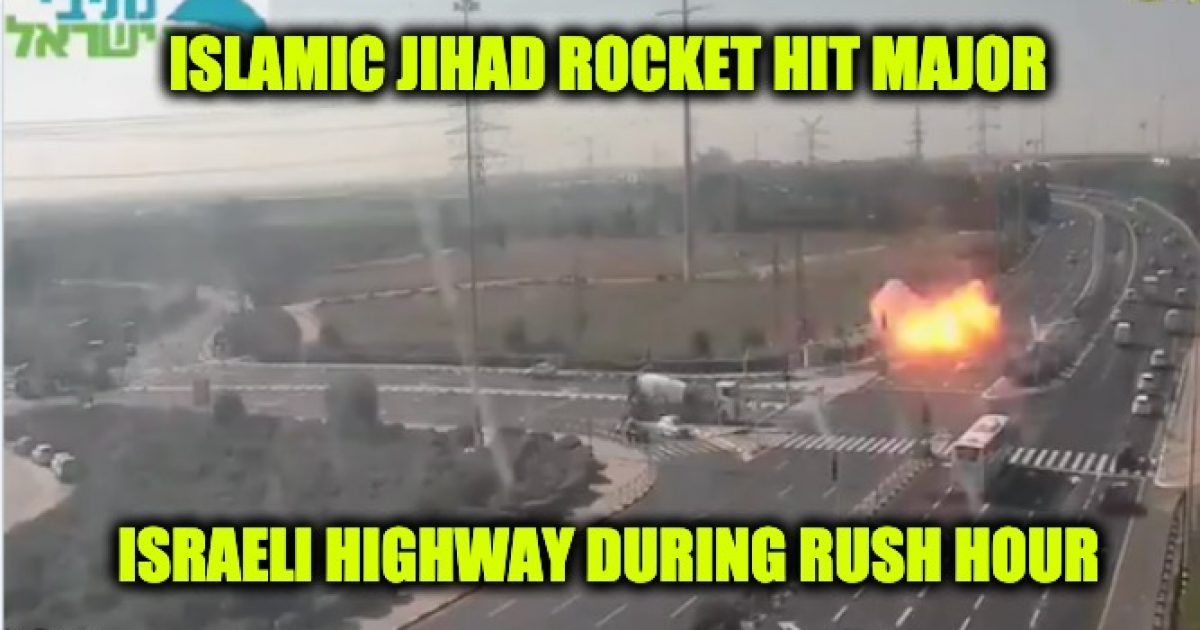 Over 200 terrorist rockets were fired at Israeli civilian targets by the Hamas and Palestinian Islamic Jihad terrorists from Gaza within hours after the November 12 targeted airstrike assassination of Baha Abu al-Ata, a top commander of Islamic Jihad Movement in Palestine (PIJ). Coming just over two weeks after the U.S. successfully targeted ISIS terrorist leader Abu Bakr al-Baghdadi to be captured or killed there is a simple question to ask here: What would the U.S. decide to do if after al-Baghdadi killed himself his terrorist soldiers fired 150 rockets at U.S. civilian targets?  Would the U.S. then decide to negotiate with ISIS over how large their independent state would be, where its borders would be, and where its capital would be located?

These rockets offer over 150 vivid demonstrations of why a Palestinian state must not be created. Hamas, Palestinian Islamic Jihad, and ISIS are no different from each other.

The international community for years badgered Israel to leave Gaza. Israelis were told that if only the occupation ended, the Gazans would embrace peace. That the presence of Israeli soldiers and the Jewish communities in Gaza were the obstacles to peace. That once Israel withdrew, the Gaza Palestinians would no longer have a reason to attack Israel. And that “if even a single missile were fired into Israel from Gaza,” the Israeli army would be justified in re-occupying the area.

At the time, many leading Israeli military experts warned that withdrawal was a very dangerous move for Israel’s physical safety.

That Gaza was a vital security belt for Israel’s south, and a buffer between Israel and an increasingly unstable Egypt. That Gaza under full Palestinian control would become a breeding ground for Islamic terrorists and one enormous storage depot for weapons to be used against Israel.

But eventually, the international pressure became unbearable. The constant browbeating by U.S. State Department officials, New York Times columnists, and E.U. envoys wore down Israel’s political leaders. It was decided to gamble. In 2005, with zero demands or preconditions, Israel withdrew all its soldiers from Gaza and forcibly evicted all of the area’s 10,000 Jewish residents from their longtime homes and neighborhoods. 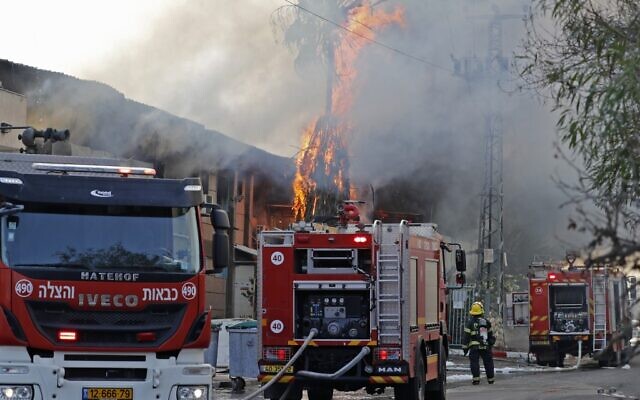 Israeli firefighter trucks douse a burning factory in the southern town of Sderot, after it was hit with a rocket fired from the Gaza Strip.

For promoters of Israeli territorial concessions, Gaza was supposed to set the precedent they hoped would soon be repeated in the Judea-Samaria (West Bank) areas.

Instead, Gaza has become the most graphic illustration of why relinquishing Judea and Samaria to the perennially hostile and extremely corrupt Palestinian Authority is a flat-out dangerous idea.

Imagine how the rocket attacks against Israel in the wake of the al-Ata killing would have looked if the terrorist armies had instead been West Bank Palestinians, acting from inside a Palestinian state in the West Bank.

Despite the nice-sounding turn of phrase, there is simply no such thing as “a demilitarized Palestinian state.” An independent state controls its own borders. “Palestine” would be free to open its borders to truckload after truckload of Iranian weapons.

If Israel tried to intervene, it would be accused of violating Palestinian sovereignty, denounced at the U.N., and threatened with international sanctions from the E.U.

Now about those 200 rockets. A Palestinian state in Judea-Samaria would mean that the border with Palestine would reach the outskirts of both Jerusalem and Tel Aviv. Those over 200 rockets might have been aimed at the Western Wall, at the Knesset, or at passenger airliners landing at Ben Gurion Airport.

The terrorists and their rockets would quickly vanish behind the civilian shields of Palestinian orchards, tunnels, and safe houses. The government of Palestine would declare that the attacks were “regrettable,” but that they “cannot control every extremist element.”

All the while, Palestine would continue to amass a huge arsenal of weapons — just as Hamas and Islamic Jihad have done in Gaza — and Israel would be completely helpless to stop it, without launching a preemptive war and inviting the wrath of the international community.

There are many other reasons to be opposed to the creation of a West Bank Palestinian state. There is the likelihood that a drastically shrunken Israel will be unable to prosper economically and have room for new immigrants, that its cities will become unbearably overcrowded and increasingly unlivable. There is also the tragedy for the whole Jewish people of being completely unable to visit Jewish biblical shrines such as the Cave of the Patriarchs, in Hebron, and the Tomb of Rachel, in Bethlehem.

Just days before this latest mini-war jumped off an opinion poll conducted for Israel’s Channel 12’s “Meet the Press” program showed a minority of Israel’s support the creation of a Palestinian state. Let us hope that this mistaken minority in Israel continues to shrink in the aftermath of all of this. But for now, let us be reminded that the national security of all Israel is at stake. Those over 200 rockets gave us all that we really need to know.