Pres. of El Salvador Asks: Is The Destruction Of The United States A Deliberate Plan From Within? 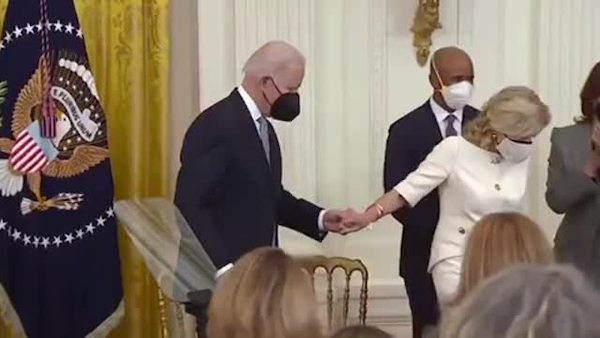 On Monday, Nayib Bukele, the president of El Salvador, posted a tweet in which he echoed the concerns of many others: that the destruction of the United States and cities in America is part of a deliberate plan by radical, left-wing “woke” politicians. is the US’s destruction deliberate

“Is there a deliberate plan to destroy the United States from within? Why are the authorities and some of the media not even commenting on this things? Why are they letting their beautiful cities rot?” he asked on Twitter.

Is there a deliberate plan to destroy the United States from within?

Why are the authorities and some of the media not even commenting on this things?

Why are they letting their beautiful cities rot? https://t.co/whGKTEKN1J

According to the Post-Millennial:

Bukele, who gained international attention for making Bitcoin an official currency in his country of El Salvador, tweeted his remarks in response to a New York Post article highlighting empty shelves at a soon-to-be-shuttered Rite Aid store in New York City.

The store is one of many to be driven out of business since the start of the pandemic of unchecked shoplifting and organized looting. Across major US cities, prosecutors have refused to charge shoplifters, arguing that doing so disenfranchises people of color.

“Back in my Rite Aid and there’s nothing to steal because this Rite Aid, like so many other Rite Aids, is closing down because everyone stole everything,” comedian Michael Rapaport explained in a video posted to his Instagram account. “And the workers here don’t know if they’re getting jobs. Congratulations, losers.”

It sure seems that way. Since the Biden Regime came to power, inflation has increased to levels not seen in decades, crime has spiraled out of control across the country, and it seems the US is now in the hands of a man who, as a Sky News host once said, can’t find his way home after dark.

On the other hand, yesterday, after making a speech about cancer funding, Biden’s had to be told to put on his mask end. Then FLOTUS Jill Biden grabbed his hand to lead him off the stage.

Thanks, Democrats, you gave us #feebleJoe

Most of this post was first seen at  Conservative Firing Line

is the US’s destruction deliberate