Is Senator Rubio Returning To the Marco We Know And Love? 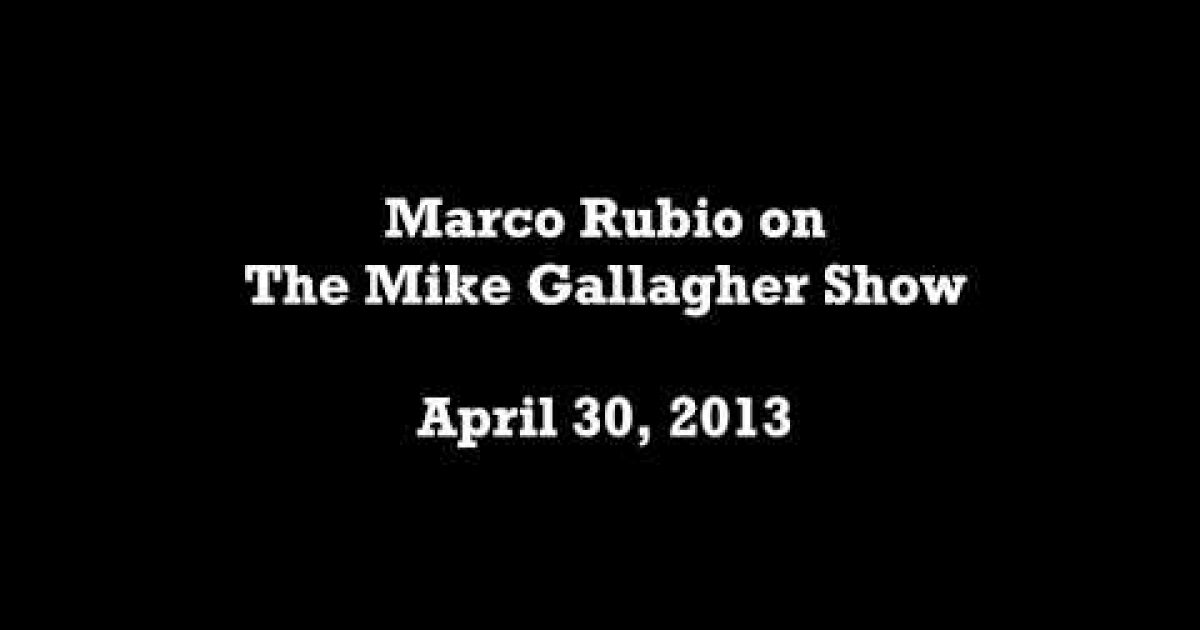 Ever since he became the point spokesperson for the Gang of Eight Immigration bill, Senator Rubio has been losing the conservatives who’s support gave him a prominent position in the party. Every day he sounded less and less like the Marco Rubio who was a different kind of politician that took the nation by storm in 2010.  He began to sound more and more like the typical political hack who turns voters off.

Today, however the Senator from Florida seemed to be edging back from the abyss of political hack. He appeared on the Mike Gallagher show and acknowledged the gang of eight plan was flawed and needed to be fixed or it will never pass the house.

“The bill that’s in place right now probably can’t pass the House,” Rubio told Mike Gallagher, a nationally syndicated talk show host. “It will have to be adjusted, because people are very suspicious about the willingness of the government to enforce the laws now.”

“That is a very legitimate suspicion — it’s one that I share — and if there’s anything we can do to make it even tighter, to ensure that the laws are enforced, so that we don’t have this problem in the future, that’s exactly what we should be working on,” Rubio said.

The Florida Republican called the Gang of Eight bill a “starting point” and urged opponents to propose changes to the bill, not try to kill it altogether.

“Let’s try to fix it,” Rubio said. “Let’s try to change it, but to just say let’s defeat the whole thing, I don’t think that’s a productive approach either.”

Yes Marco, as many of us have been saying all along, this plan does not seal the border as promised.  Thank you for finally acknowledging it and welcome back. Now stay away from Chuck Schumer…he has a bad case of Full of Crap Cooties you already caught them once…you don’t want to get them again.

The full Gallagher interview is below: