Is Nancy Pelosi Suffering From Dementia or Just Lying? 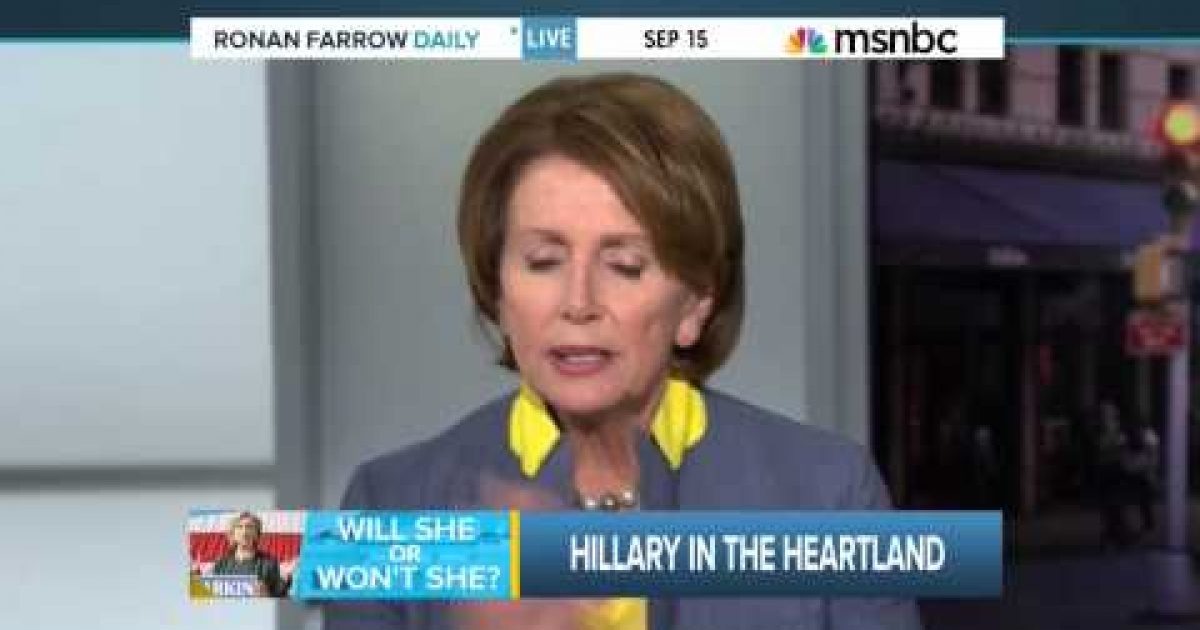 House Minority Leader Nancy Pelosi was on the Ronan Farrow program and made a shocking statement. Her contention is that Democrats never treated President Bush the way Republicans treat President Obama.

Let’s examine that statement.  But rather than try to implicate all Democrats, lets look at how Ms Pelosi treated President Bush.

Despite all the evidence above, I am reluctant to say that someone who has served her country as long as Nancy Pelosi,  is lying. Ronan Farrow should have confronted her with some of the facts above.  If he knew how to interview he could have gotten to the bottom of it. Perhaps she can’t help herself. Maybe she doesn’t remember.  Perhaps instead of lying, Pelosi is suffering from dementia.  That’s the only other explanation.
Facebook Twitter Flipboard