Is MSNBC Management Thoughtless Or Anti-Semitic? 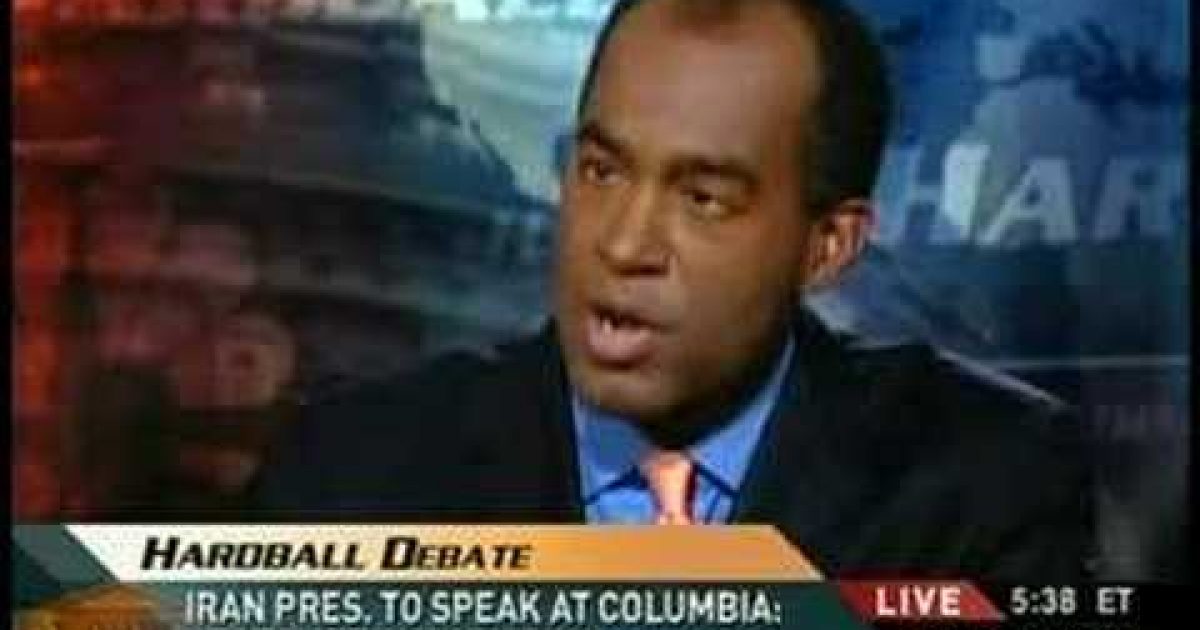 The past two weeks have seen a series of tweets by MSNBC hosts displaying a lack of sensitivity about the Holocaust which some would call anti-Semitic. More than those tweets, network has a history of hiring anti-Semites such as Al Sharpton, who led two anti-Semitic pogroms in New York City, former political reporter Pat Buchanan, who was fired from MSNBC because of racism, while the network ignored his anti-Semitism, and Chris Matthews of whom Jonah Goldberg wrote Matthews’ obsession with Jews was the “staple trope” of someone “who talks about Jews in the [Bush] administration the way Tailgunner Joe talked about Communists in the State Department. Put it all together there seems to be systemic problem at the progressive network.

MSNBC’s fortnight of strange Holocaust tweets began on May 12th with Ed Shultz’s ridiculous claim that gay people were really the ones being persecuted by Hitler.

Following up this past Friday night, co-host of The Cycle  Toure’ minimized the post Holocaust suffering of Jewish survivors with the claim they had an advantage because they were white.

The power of whiteness: RT @hope_and_chains: My family survived a concentration camp, came to the US w/ nothing, LEGALLY, and made it work.
— Touré (@Toure) May 23, 2014

“There is no question that part of the anti-Semitism that we see has its roots in the form of jealousy. This is a perfect example: ‘Jews made it because they’re white and Jews,’” added Zuroff, who is considered a leading investigator of Nazi war criminals who perpetrated the murder of 6 million European Jews in the name of racial purity.

On Tuesday afternoon Toure’ made a tepid apology saying he used a shorthand that was insensitive and wrong.

This was not Touré’s first brush with anti-Semitism​; the Daily Caller reported a year ago:

MSNBC host Touré founded a student newspaper dedicated to black liberation theology while he was a college student attending Emory University from 1989 to 1992.

All my business meetings are like ‘Blue is the Warmest Color’ and all my dates are like ‘Schindler’s List’, am I doing something wrong
— Ronan Farrow (@RonanFarrow) May 26, 2014

Granted, I have been married and out of the dating scene for almost 28 years, but I seriously doubt dating has gotten so bad that it is the equivalent of being rescued from the Plaszow slave labor camp, where other prisoners starved or were worked to death, or summarily shot just because some Nazi guard felt like it.

Evaluating those tweets in the context of MSNBC’s record, which includes a prime-time slot for Al Sharpton, and the tenure of Pat Buchanan as political commentator, and Chris Matthews’ obsession with Jewish neo-cons, some could surmise anti-Semitism is systemic at the progressive network.

Sharpton incited two anti-Semitic programs in New York City: the Crown Heights riot and the fire bombing of the Jewish-owned Freddy’s Fashion Mart in Harlem. The supposedly repentant Sharpton has never admitted or apologized for either riot, even though in the case of Freddy’s much of the incitement was made on his radio program and transcripts still exist.

In 2012 MSNBC political commentator Pat Buchanan was fired for racist prose in his book “Suicide of a Superpower,” which had a chapter called “The End of White America.” In 2010, when Elana Kagen was being considered for the Supreme Court, Buchanan wrote a column that complained:

Indeed, of the last seven justices nominated by Democrats JFK, LBJ, Bill Clinton and Barack Obama, one was black, Marshall; one was Puerto Rican, Sonia Sotomayor. The other five were Jews: Arthur Goldberg, Abe Fortas, Ruth Bader Ginsberg, Stephen Breyer and Elena Kagan. If Kagan is confirmed, Jews, who represent less than 2 percent of the U.S. population, will have 33 percent of the Supreme Court seats.

Earlier in his MSNBC tenure Buchanan made a similar “too many Jews” comment, but that time it was about the Senate.

“If you want to know ethnicity and power in the United States Senate, 13 members of the Senate are Jewish folks who are from 2 percent of the population. That is where real power is at..” (“The McLaughlin Group,” Feb. 2, 2007).

It didn’t even bother MSNBC when Buchanan wrote an essay called “Whose War,” where he blamed those Israel-supporting neo-cons  (Jews) for the war in Iraq.

His anti-Semitism didn’t lead to Buchanan receiving as much as a slap on the wrist. In the case of Buchanan, his hatred of Jews was an issue when he tried to run for President in 1992 and 1996. It was well publicized that the late William F Buckley Jr. kicked Pat Buchanan off The National Review masthead because he felt Buchanan’s Jew-hatred was hurting the Conservative movement. And, of course, there was his March 17, 1990 syndicated column that claimed Jewish deaths in Treblinka were exaggerated, saying, ” Diesel engines do not emit enough carbon monoxide to kill anybody“

Even Hardball star Chris Matthews has displayed anti-Semitism. In 2007, Chris Matthews with some help from MSNBC’s Ed Shultz, laughed at the suggestion that Iran wanted to exterminate Israel’s Jews despite the Iranian president’s own word (see video). In 2003 Jonah Goldberg wrote of Matthews’ obsession with Jews as the “staple trope” of someone “who talks about Jews in the [Bush] administration the way Tailgunner Joe talked about Communists in the State Department.”

Ronan Farrow’s tweet could be chalked up to insensitivity, Ed Shultz’s could be blamed on the fact that he gets paid to be “froth from the mouth crazy.” However, when you add those tweets to the one by Toure’ along with his track record, and that of Sharpton and Buchanan, it implies a trend.

It’s ironic that the progressive MSNBC network, whose hosts claim to care about minorities, targets Jews. That targeting may be deliberate or just a result of being insensitive. The only way to ascertain if the accusation is true is to point it out to MSNBC management and see how they respond.