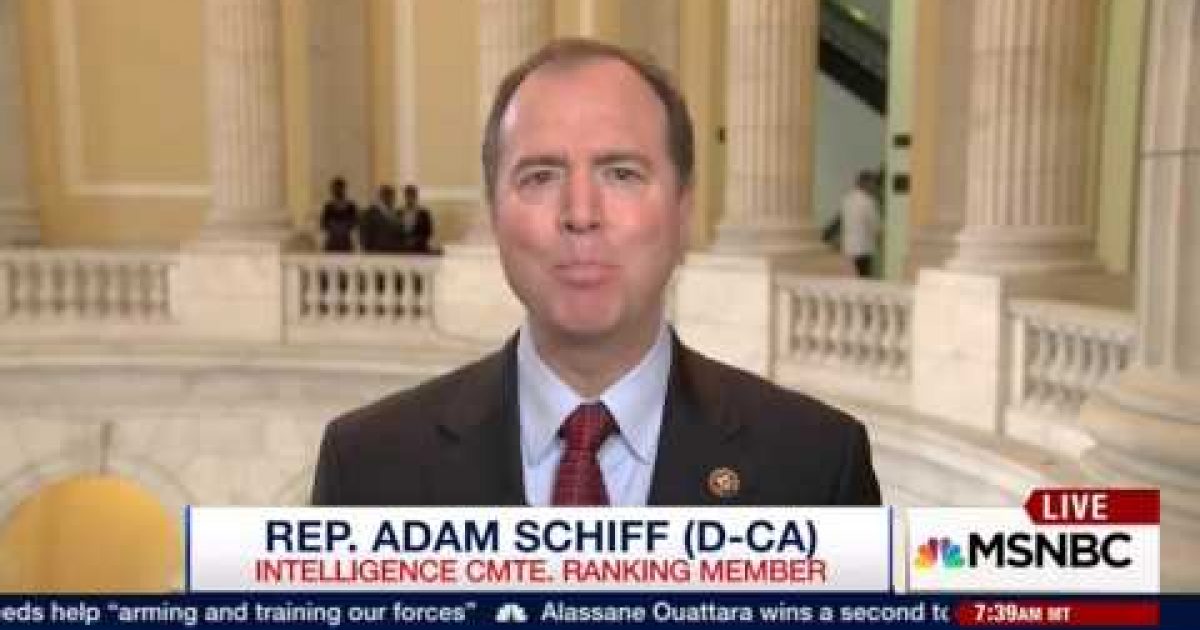 Sometimes it seems as if  Rep. Adam Schiff (D-CA) doesn’t hear his own words, or maybe he has a short-term memory problem, because it’s apparent that he doesn’t remember his own actions from one minute to the next.

For example during last week’s House Select Committee on Benghazi hearing of Hillary Clinton, Schiff took every opportunity to be political. Instead of asking Ms. Clinton questions to learn about what happened, he spent all his time lambasting the Republicans on the committee for being political, not realizing that it was HE that was being political.

On the Jose Diaz’ Balart’s MSNBC Wednesday Schiff blasted President Obama for inviting Iran into the talks about Syria totally forgetting that he was one of the House member who gave the President permission to do just that.

“I am not sure what’s productively to be gained by having Iran as part of the conversation right now. They’re definitely part of the problem. At some point they will be part of the discussion on the end game. But right now I don’t think that’s where they’re going to play a constructive role.”

He continued that Iran’s “interest is in changing the dynamic on the battlefield. And I am concerned, I guess, with the impact this will have on our allies.”

I happen to agree with his position, but poor Rep. Schiff, he must have forgotten his support of the Iran deal. How he was paraded around as the “house Jew,” so Obama could say see, there’s some congressional Jews that like the deal? What the heck did he think would happen? Was he the only one in the world who didn’t realize he was giving Obama carte blanche to “make nice” with the terrorist supporting, Jew hating, rogue regime?

Schiff saw how Obama and Kerry capitulated at almost every step in the Iran negotiations, leaving Iran with an easy path to nukes, no worry about snap backs, $150 billion dollars to fund terrorism, relief from its non-nuclear sanctions, and so much more.  Hasn’t he seen how Russia’s Putin casts Obama as the fool as he out-manipulates the American President every step of the way? Doesn’t he realize that Iran coming to the talks is just one more example of Putin manipulating a feckless Obama?

But don’t blame Obama. After all why should he push back against Putin after Adam Schiff gave him permission to partner with Iran even if, as Schiff said himself,  “They’re definitely part of the problem.”

***draft / PREPARE! They Are NOW Warning A “VARIANT” Worse Than Delta Or Lambda IS COMING!
AFF