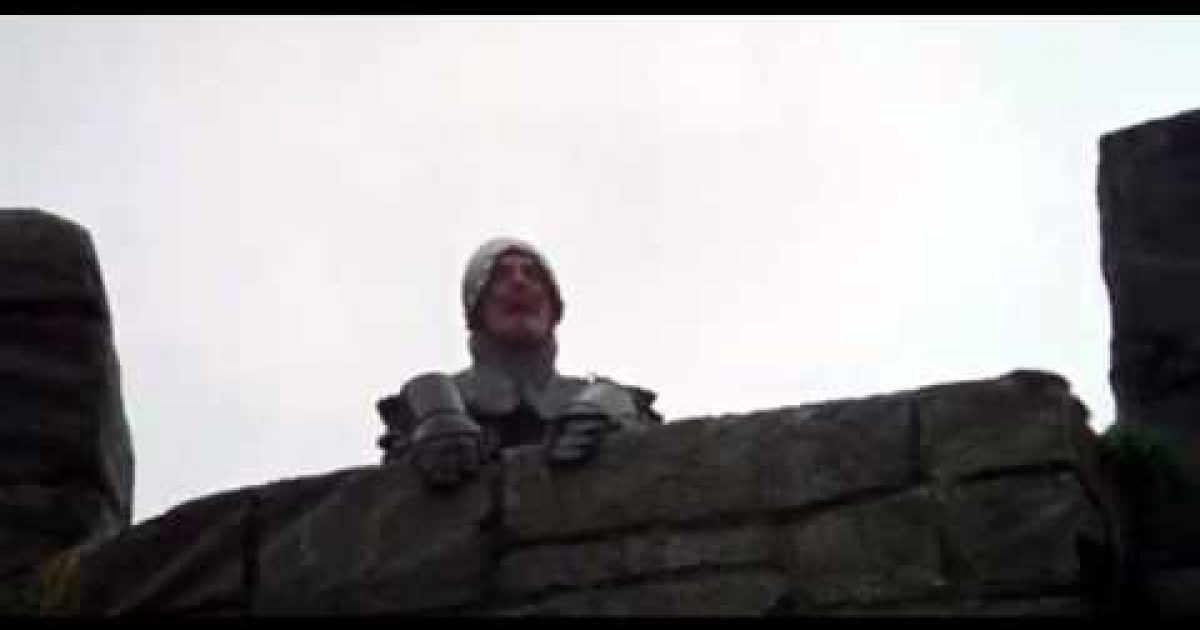 According to those friendly people from Press TV in Iran, Israel is sending Cancer causing bombs into Gaza but scientists out of the University of Exeter have come up with a possible cure out of the pages of Monty Python.

A Norwegian doctor in the besieged Gaza Strip has strongly criticized Israel for using cancer-inducing bombs against Palestinian civilians.

Dr. Erik Fosse told Press TV that the majority of patients hospitalized in Gaza are civilians injured in attacks on their homes and about thirty percent of them are children.

Experts say it has a relatively small but effective blast radius and is believed to have strong biological effects on those who are hit by the bomb’s micro-shrapnel.

Apparently one of those biological effects is Cancer at according to Dr. Fosse, a department head at a university hospital in Oslo, who was interviewed by the Iranian Press TV. There was no mention by the doctor of the research he has done which proves his cancer hypothesis, or the fact that these civilians are being used as human shields by the terrorist Hamas.

But there is an easy solution that all Israelis can do to prove they don’t want the Palestinians in Gaza to get sick.  The solution comes from Monty Python and the Holy Grail.

Time Magazine reports about a study out of the University of Exeter insist that smelling farts could actually prevent cancer, among other diseases. Uh, okay.

“Although hydrogen sulfide gas”—produced when bacteria breaks down food—”is well known as a pungent, foul-smelling gas in rotten eggs and flatulence, it is naturally produced in the body and could in fact be a healthcare hero with significant implications for future therapies for a variety of diseases,” Dr. Mark Wood said in a university release.

Although the stinky gas can be noxious in large doses, the researchers seem to think that a whiff here and there has the power to reduce risks of cancer, strokes, heart attacks, arthritis, and dementia by preserving mitochondria. Researchers are even coming up with their own compound to emulate the stinky smell’s health benefits.

Therefore allow me to suggest to my brethren in Israel even though Hamas has sent over 900 rockets in your direction during the past week please ignore that and do something for peace.  At least once a day turn your backside toward Gaza and listen to that Frenchman in Monty Python and the Holy Grail. Show your respect for Hamas and fart in their general direction….it’s for the children.