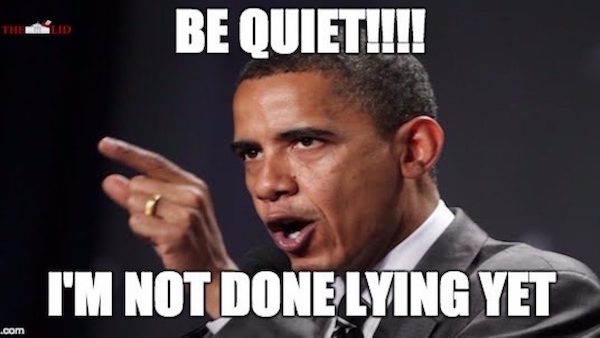 According to the Daily Beast the private files outlining hidden agreements made as part of the Iran nuke deal may be released in one of President Trump’s first actions in office.

Senior officials who will be part of the Trump administration are already discussing what so-far-unseen information about the Iran agreement they will be able to make public after January, according to an individual who has participated in those conversations.

Earlier Bloomberg view described other potentially embarrassing documents that the administration classified to save face, including an intelligence assessment written to excuse the U.S. collapse on Iran disclosing past nuclear work, which began by imagining a world in which Iran will fully cooperate with the deal for the next 20 years, and then went from there.

But there are dozens of other Iran nuke deal-related documents which are not even classified secret, but which the Obama administration has nonetheless refused to release. There are broad suspicions those documents contain embarrassing concessions to Iran: both additional U.S. obligations and exemptions for Iranian obligations. As a technical matter, it would be straightforward to release those documents. As a political matter, the Obama administration has consistently had trouble explaining why the public shouldn’t see them.

Apparently there is a growing momentum in Trump circles and across Congress to release those unclassified documents early in the next administration, per the Daily Beast

Senior officials who will be part of the Trump administration are already discussing what so-far-unseen information about the Iran agreement they will be able to make public after January, according to an individual who has participated in those conversations.

Releasing Iran nuke deal  documents would be celebrated by the lawmakers who have opposed the agreement, especially those who opposed it feeling that congress and the American people were forced to vote without all the information they were promised. Some of Donald Trump’s cabinet members have been complaining about the lack of transparency about the deal,  Michael Flynn, who will be national security adviser, and Mike Pompeo, Trump’s choice for CIA director.

“My guess is that they will be very forthcoming,” a grinning Sen. Bob Corker, the chairman of the foreign relations committee who has been named a potential candidate for Trump’s secretary of state, told The Daily Beast. “They’ll be more than desirous in ensuring that’s the case.”

The release of these documents would have an element of karma. Early in his adminstration Obama released the justification approving the CIA’s enhanced interrogation program during President George W. Bush’s tenure.

In the case of the Iran nuclear deal, there are many unclassified documents that have been held by the Obama administration in tightly-controlled security environments that effectively make it impossible for the public to see them.

“The American people know the Iran deal is bad. I can tell you it’s even worse than most people think. The Obama Administration has long known its position is indefensible, so they’ve chosen to hide unclassified documents from the public,” said Rep. Peter Roskam, an Illinois Republican and an Iran deal critic. “If this information is not classified, it should be made available to the public.”

To keep them out of public view, these documents have been held throughout the U.S. Capitol complex in Sensitive Compartmentalized Information Facilities, or SCIFs, which are built to shield top secret information. State Department protocol requires these documents can only be viewed by lawmakers and Congressional staff with a certain level of security clearance—even though they are unclassified.

There are three sets of documents the Trump administration could release right away as they are not classified:

Here’s the bottom line, despite the fact that the documents were unclassified there were parts of the nuclear agreement that Obama kept secret because if they were let out they would be embarrassing, they might have even scuttled the deal. If the Trump team decides to release the details we will soon know all the capitulations Obama and Kerry made to appease Iran, including the ransom Obama claims isn’t ransom.

Trump won’t have fight to scuttle the Iran nuke deal, America and Congress will demand it.