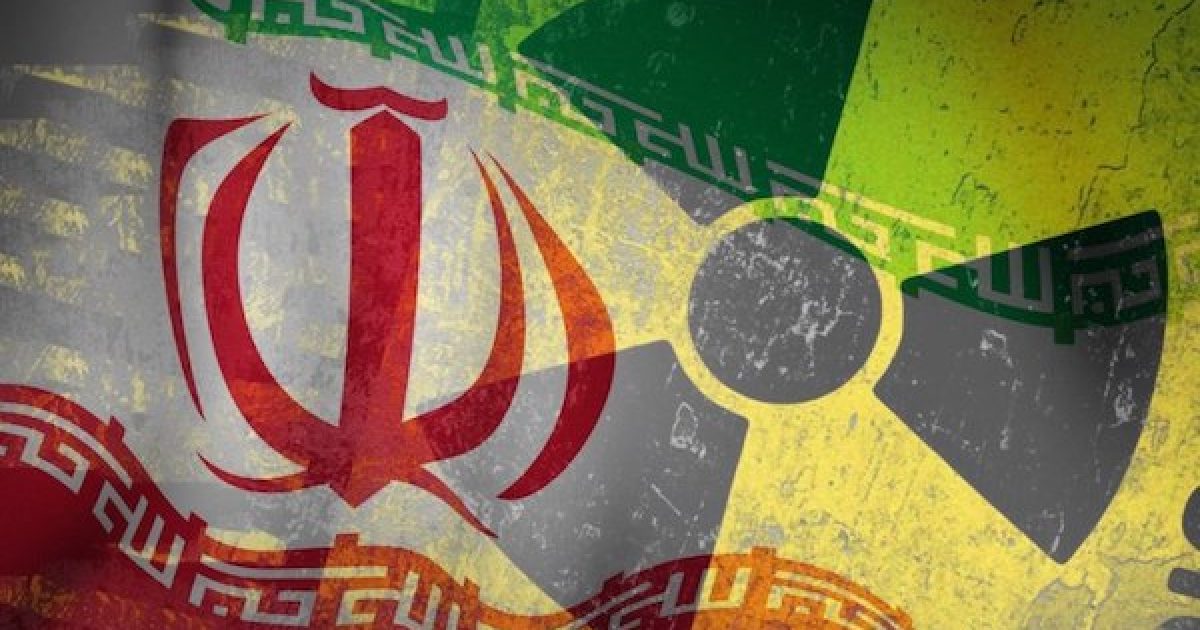 On Monday Iran announced its breach of the key 3.67% uranium enrichment level set in the JCPOA. The spokesman for the Atomic Energy Organization of Iran (AEOI) Behrouz Kamalvandi announced that the level of Iran’s uranium enrichment has surpassed the 4.5% and the rogue regime was prepared to go further. Liberals are blaming this announcement on President Trump withdrawing from the JCPOA and imposing crippling sanctions on the state sponsor of terrorism. They claim to know that Iran was following the deal before today, but that claim is a lie because neither they nor anyone else can prove it true.

There’s no way to know if Iran is complying with the JCPOA because those “anywhere, anytime” inspections Obama and Kerry promised are as real as unicorns and the moon is made out of green cheese.

Because of a secret side deal revealed by the Associated Press long before the deal was agreed to, Iran gets to self-inspect the Parchin military base with no IAEA inspectors present. Parchin is the site where Iran was working on nuclear triggers for its bomb program.

Supposedly, all other military base inspections are allowed under the JCPOA.   The  agreement specifically “requests the Director General of the IAEA to undertake the necessary verification and monitoring of Iran’s nuclear-related commitments for the full duration of those commitments under the JCPOA.”

Despite what the JCPOA states, the Iranian authorities claim military sites are off-limits to the IAEA. Sadly the IAEA and the countries that stayed in the deal refuse to push the point because they don’t want Iran to seem non-compliant.

One of the problems with this refusal involves “Section T” of the deal. In Aug. 2017 the IAEA’s announced that it has been unable to verify a key part of the JCPOA, “Section T”  which outlines “Activities which could contribute to the design and development of a nuclear explosive device” That doesn’t mean Iran has violated “Section T,” it means is your guess is as good as mine because nobody knows — but the deal says the IAEA is supposed to inspect and let us know.

Per the deal, banned “Section T” activities center around building a nuclear bomb.

The IAEA was to produce a report about Iran’s pre-deal nuclear program by the end of 2015.

Iran had been non-compliant with its obligation to reveal its nuclear history. According to the JCPOA, the rogue nation was supposed to reveal all the details of its nuclear program that existed prior to the deal. This was a condition for implementing the deal.  That didn’t stop the IAEA was required to publish a report by year-end 2015 on Iran’s past nuclear work on its military sites as part of the agreement.

This historical inquiry did not have as a purpose is not to find out the extent of Iran’s nuclear weapon’s program so the IAEA could reprimand them for being bad children. The historical knowledge is necessary to understand what the Iranian nuclear program was so the IAEA will know how, when, and where to inspect their program in the future.  When it came time to “fess up,” Iran told the IAEA that it never had a nuclear program, and the IAEA reported what it was told instead of pushing back against an obvious lie.  This is another example of a breach of the accord that was reported as compliance.  In other words, the entire agreement was based on a lie and should never have been implemented.

Using information secretly gathered by a Mossad operation in Iran and verified by the United States, in April 2018 Israeli Prime Minister Binyamin Netanyahu exposed a major lie in the information the Iranians supplied to the IAEA for its 2015 report. Iran not only had a nuclear weapons program (called Amad) but after it was supposedly canceled in 2013, the work continued.

According to the Iranian documents, five principle goals of the Amad program were “designing nuclear weapons, developing nuclear cores, building nuclear implosion systems, preparing nuclear tests and integrating nuclear warheads on missiles.” After 2003, Iran officially shut down Project Amad but carried on its work secretly using the same personnel. The person who ran the Amad program, Dr. Mohsen Fakhrizadeh is now running a clandestine program “Special activities” whose work is carried out by SPND an organization inside Iran’s Defense Ministry. Many of SPND’s key personnel worked under Fakhrizadeh on Project Amad. Note: Netanyahu’s full powerpoint presentation is embedded below, All of this information was verified by US intelligence.

Another possible example of non-compliance is the underground Fordo Nuclear Facility. Under the JCPOA  two-thirds of the centrifuges inside Fordo have been removed in recent months, along with all nuclear material. The facility is banned from any nuclear-related work at least for the next 15 years.

In 2018 Satellite photos, provided by ImageSat International (ISI)  reveal that the entrance gate to the Fordo (or Fordow) uranium enrichment facility was opened and there seems to be much activity, including new buildings, along with buses and other vehicles parked outside the Fordo complex. The pictures (below) were taken on Sunday, April 29th, 2018 and released on Thursday, May 3rd.  Based on the construction, the work had to start weeks (or months) before the Netanyahu speech on April 30th. The comparison images were taken in July 2016.

The satellite photos don’t prove that Iran has re-started its nuclear activities at Fordo. However, it does raise suspicions. Since the Iranians will not allow inspections no one can say for sure they haven’t broken the Fordo part of the JCPOA.

But that’s really the issue. President Trump pulled out of the JCPOA for many legitimate reasons including that “the deal’s inspection provisions lack adequate mechanisms to prevent, detect, and punish cheating—and don’t even have the unqualified right to inspect many important locations, including military facilities”

Liberals will continue to claim that Iran was meeting all its obligations under the JCPOA but because “anywhere, anytime” inspections is one of the many lies former President Obama and Secretary of State Kerry told America about the deal which makes the latest liberal claim of Iran compliance bogus at best.

Below is the powerpoint Israeli Premier Netanyahu used to show that Iran lied to the IAEA for its 2015 report.

Netanyahu Speech by on Scribd