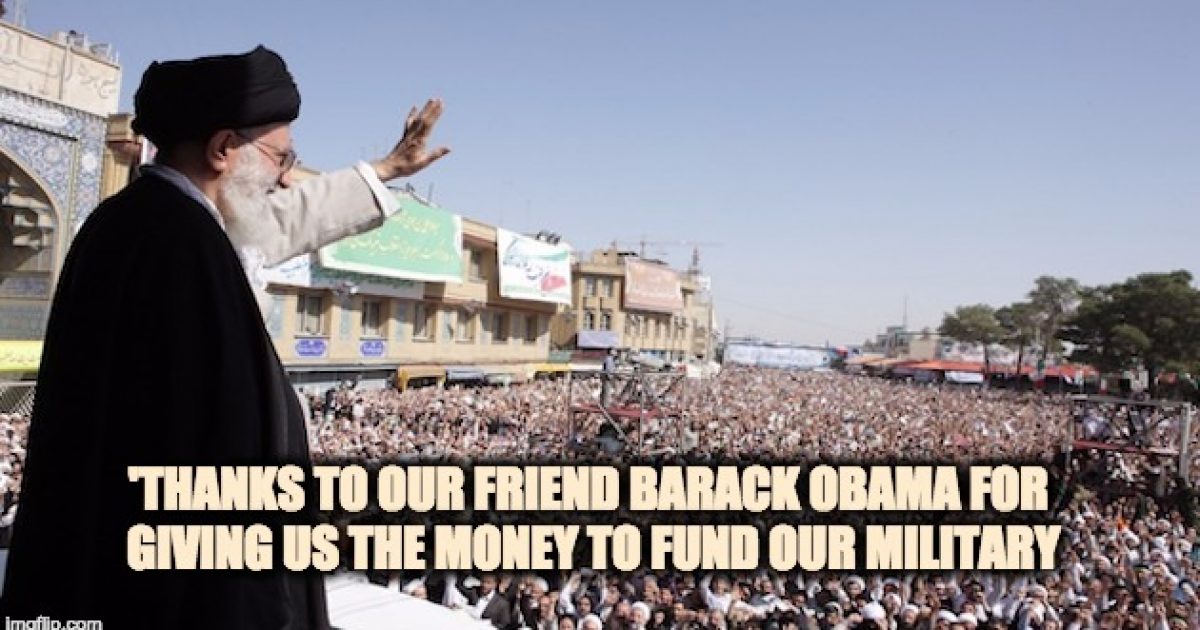 Note: As reported last week Iran wants to gain control of Deir ez-Zor (in Syria), because doing so will complete her land bridge across Iraq and Syria to the Mediterranean.  This move must be blocked if there is to be any hope of stabilizing the Middle East and keeping it peaceful enough to be habitable for its peoples.  If they are to have the opportunity for, prosperity, commerce, consensualism in politics, two-way access to other peoples and cultures, and lives that are not trapped between extremism, state corruption, and incessant infighting, radical-Islamic Iran must not be allowed to dominate the region.

After dispatching the bus convoy with ISIS fighters and their families to Deir ez-Zor Province, Iran moved quickly to expedite a ground force advance from eastern Homs Province toward the city of Deir ez-Zor.

In the four days since my last post Iran-backed Syrian regime forces have pushed rapidly from the provincial border, near Al-Sukhnah, to the Syrian Army enclave south of Deir ez-Zor City.  The enclave, although small and surrounded, has been held tenaciously for years.  Now, according to regional reporting – today, 3 September – a force of Syrian and Iranian-sponsored troops has at long last linked up with it from the west.

The advancing force seized territory along the way.  (See maps below.)  Notably, the force’s path was through the area where the ISIS convoy was reported to be heading: along the road from Al Sukhnah to Deir ez-Zor, with the convoy supposedly then bound for the border town of Al-Bukamal, where there is a major crossing into Iraq.

Meanwhile, on 30 August, the Syrian regime announced that it had killed “dozens of ISIS terrorists” and “destroyed their vehicles,” some in the vicinity of Deir ez-Zor.  At that point, the Syrian coalition forces were still marshaling just west of the provincial border (again, according to regime reporting).

So be clear on this:  as previewed in my 30 August post, regime forces were attacking ISIS in Deir ez-Zor at the same time Syria and Iran were ferrying ISIS into Deir ez-Zor.  Move ‘em to where you need to fight ‘em.

Within hours, it became evident that the purpose of the attacks was to prepare for the regime push into Deir ez-Zor.  The push apparently began on 1 September and ramped up over the next 48 hours.

On 3 September, with intensive Russian air strikes and rapid movement along the M20 highway toward the Syrian Army enclave, the Iran-backed forces have either closed the gap or are just about to.

It will take a little time to verify exactly how far the advance has gone, and how much key terrain Iran and Assad really control now.  But the important point remains valid: the push for control of Deir ez-Zor has begun.  Iran and Assad have gone from holding a static beachhead at the provincial border, and a small enclave on the outskirts of the town of Deir ez-Zor, to making a full-blown, blitzkrieg-style advance directly toward the ISIS-held city.

The U.S. coalition cratered the road ahead of the ISIS convoy in strikes on 29 August, and according to the Operation Inherent Resolve (OIR) spokesman, in a 3 September update, some 85 fighters and 40 ISIS vehicles in the area were also destroyed.

So we’re basically helping Iran take over Deir ez-Zor Province at this point.  Since we did the same thing in Iraq, in Tikrit, Ramadi, Fallujah, and Mosul, that’s not a change in our effective posture.

And from a top-level strategic perspective, it is also the case that we made all this possible for Iran by spearheading the drive for the nuclear JCPOA, and shoveling billions in cash at Iran – for the courtesy of continuing noncompliance – since as early as January 2014.

Iran is leaving nothing to chance.  A blogger posting at the French language site jforum.fr has collated reporting from Iranian sources that an Iran-backed militia force has moved over the past week into the rebel-held area of Homs Province in southern Syria (see the SNC enclave in green on the overview map).  The militia in question, Harakat al-Nujaba, is a Hezbollah-affiliated outfit sponsored by the Iranian Qods Force and has been operating inside Syria since at least March 2017.  If U.S.-backed forces — and/or the U.S. — do something about this militia encroachment, it will make for one of the most direct confrontations with Iran to date in the Syrian war.

As mentioned in my earlier posts on this topic, moreover, Iran-backed militias in Iraq were assembled at the border, in both the north and the south, at the end of May.  (See map below.)  Iran has the potential to deploy a reserve from either flank of Deir ez-Zor to affect the battle there.

What does the future hold for ISIS, in what remains of its Euphrates Corridor enclave?  Iran clearly hopes to “kettle” ISIS in Anbar Province, between the Iraqi border and Al Haqlaniyah, on the road to Ramadi.  The smart play is to encourage at least some ISIS fighters to escape from Deir ez-Zor into Iraq.  Doing that will make it hard for Iraq’s central government to regain that slice of western territory from ISIS, without outside help.  But if Iran-backed forces flank ISIS to both the east and west along the corridor, it won’t be that hard for Iran to roll ISIS up.

Along those lines, it is interesting to note the report today that the remaining fighters from the ISIS convoy (and apparently their families) scattered since the U.S. air strikes, heading into Deir ez-Zor in smaller vehicles.  It appears the convoy crisis is over.

At any rate, the potential strategy of U.S.-backed forces taking the territory of Deir ez-Zor is now moot.  The “anti-ISIS” momentum in the province is with Iran now.  There’s no way the U.S. will support a fight directly against Iranian-backed forces there – which, this weekend, is what the proposition has just shifted to.  Fighting ISIS in Deir ez-Zor now means fighting for Iran’s control of the province.

It would still be possible to block Iran’s land bridge with full-bore U.S. support to Iraqi national forces in rolling up ISIS in Anbar Province.  But there is no sign of any will or vision for such a strategy.

The policy of merely “fighting ISIS” in Syria was always going to come to this.  The Syrian rebels are receiving no help from us in the indefensible enclaves they still hold in western Syria, and they hold no strategically valuable territory in the east.  Their long-term prospects are nil; they have no leverage for an enforceable settlement, and hence will have no effective voice in one.  We can look for the Syrian National Coalition to lose cohesion in the coming days.

Meanwhile, Iran is poised to get her land bridge.  Turkey’s motivation to make a move will only grow stronger, and the strategic freight weighing down an arrangement for the Kurds greater.  Perhaps the U.S. perspective will settle on shoring up Jordan and Saudi Arabia; we appear to have given up on influencing the outcomes in Iraq, Syria, and Lebanon.

The alternative to having a U.S. policy on those outcomes has always been accepting, and even enabling, Iran’s policy.  And here we are.