Engagement With Iran And Afghanistan Heads Off Course (VIDEO) 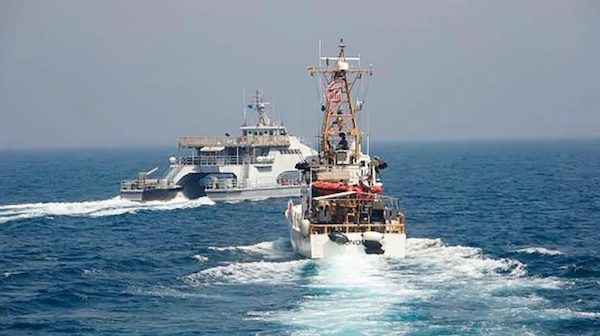 As President Biden passed his first one hundred days in office, events are occurring in Southwest Asia that, in other circumstances, would be getting significantly more attention. Iran and Afghanistan

They seem to be of a piece. And if they are not manifestations of the same perception of U.S. weakness – well, basically, it’s a pointless matter of special pleading to claim that they aren’t.

The interesting thing this week is the minimal, muted notice they’re getting in the U.S. media.  If you’re not reading foreign media, it’s possible you don’t even know they’re happening,

The better known of the two main event-threads is an eruption of Iranian harassment of U.S. Navy and Coast Guard vessels in the Persian Gulf.  There was a fair amount of coverage on Tuesday (27 April) of an instance of it from Monday evening, when a group of three Iranian patrol boats interfered with navigation by operating very close to two U.S. vessels, USS Firebolt (PC-10), a Cyclone-class patrol boat, and USCGC Baranoff (WPB-1318), a Coast Guard patrol boat.

Both are units of a patrol task force we have had in the Persian Gulf for years.  Although extensively employed, they don’t make the news much.  They’ve been a bit more in the news in the last half-decade or so because they’re performing more of the general duties our destroyers and cruisers have typically fulfilled.  The patrol boats are capably operated by the world’s best sailors and are more than a match for Iranian units in most situations.  They’d be easier than cruisers and destroyers to gang up on with fast-boat swarms, however.

The distinction of the encounter on 26 April is that it resulted in Firebolt firing warning shots.  That’s rare, even in dealing with the Iranians.

Curiously, it was around the same time that encounter took place that U.S. media began reporting about a previous instance of harassment by the IRGC, which occurred on 2 April 2021.  It was a similar situation in which three IRGC boats (one of them a catamaran; Iran is branching out) harassed two Coast Guard patrol boats.

In other words, it had taken 24 days to report the 2 April event.  The 26 April event was reported within hours.

Another noteworthy feature of this sequence is that the initial reporting on the 2 April event made no mention of any warning shots.  However, Jennifer Griffin, reporting on Fox News, said that there were warning shots on both occasions.

(Note that Neil Cavuto sets Griffin up to spout the media’s party line about rogue elements in the IRGC who oppose the Iran “nuclear deal” talks.  This tenacious theme is ill-constructed and misleading but is being flogged relentlessly in the media.)

Having to expend rounds is a big deal.  It seems unlikely Griffin would have come away with a false impression about that; it’s more likely that that’s what happened on 2 April, as it did on 26 April as well.  It’s an alarming pattern.

As an aside, Firebolt has two 25mm autocannons, fore and aft, and twin 12.7mm machine gun just aft of the bridge to port.  The closest point of approach reported for an Iranian vessel was 70 yards; either gun, with a range of about 2,000 yards, could have made the point, depending on where the shot was to be placed. 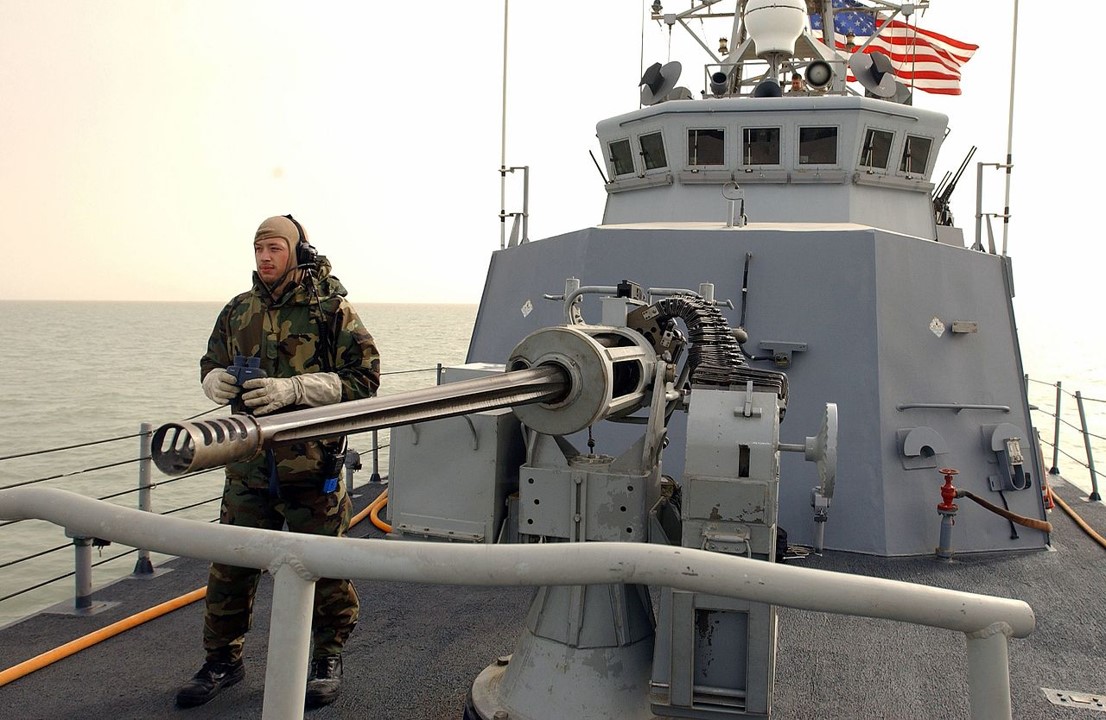 The last time warning shots had to be fired was in early 2018.  Although there was one harassment incident by Iran in April 2020, it did not involve warning shots from the U.S.

In a tweet thread after the second incident report, user Gabriel Noronha provided some useful perspective with a summary of the rising pattern of maritime harassment by the IRGC back in 2015, when the Obama administration was negotiating the JCPOA with Iran.

The news that Iranian vessels are harassing U.S. ships is important, but the WSJ misses some context.

In 2015, during JCPOA negotiations and after its adoption, there were 22 incidents of "unsafe and unprofessional conduct" by the IRGC Navy. (1/5)https://t.co/n3owM1FguW

That pattern peaked, of course, with the IRGC’s hostage-taking incident in January 2016, just four days before the 16 January implementation date for the JCPOA (which by then had been adopted by the UN as UNSCR 2331).  John Kerry “negotiated” the release of the U.S. Navy sailors taken as hostages from a pair of riverine patrol craft, an action by Iran in which both the Law of the Sea and the Geneva Conventions were violated.  The infamous dénouement was the transfer to Iran of a ransom payment in the form of pallets of cash.  (Iranian harassment continued throughout 2016 when the JCPOA was already implemented, and $1.7 billion in cash had been delivered to Iran on pallets by Obama.  See here, here, and here, for example.) 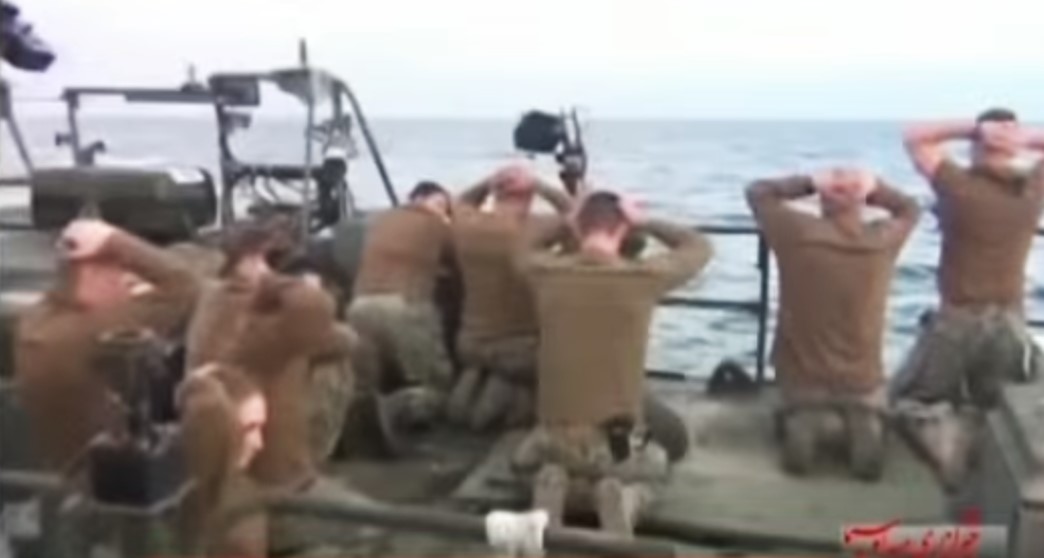 The other events taking place this week are in Afghanistan.  Little has been made of them by U.S. media, and what little there is has focused on soft-pedaled questions about the impact it will have for the U.S. to withdraw our forces from the country.

But what’s going on is actually what the POTUS, when he was VPOTUS, would have called a “big [effing] deal.”  Our troop drawdown, formally scheduled for a 1 May start, is already underway. If the tacit acknowledgment of how dangerous that is making Afghanistan is visible anywhere, it’s in what the State Department is doing.

To experienced eyes, these measures are what the State Department takes when it expects an emergency to develop.

Foreign media, having no fealty to the Biden administration, are reporting that with clearer eyes.  They haven’t been afraid to acknowledge that conditions are already deteriorating rapidly inside Afghanistan as U.S. and NATO troops get the pull-out underway.

U.S. reporting has little about the embassy drawdown and less about the travel warning.  But it includes the telling information that the Afghanistan settlement talks planned for Istanbul this month were canceled when the Taliban decided, a couple of days before, not to show up – and that the troop drawdown has begun with no agreement with the Taliban in place.

Yet, the obvious implication of that – i.e., that the Afghan situation is likely to go downhill fast – is not being explicitly recognized.  (This has some in Congress worried.)

It’s left to foreign media and those who understand the timeline of travel warnings and evacuations to draw the obvious conclusions.  The U.S. State Department is telling Americans to leave ASAP and conducting a major evacuation of the embassy because it’s quickly becoming more likely that an evacuation emergency will occur.  If it does, there will be a severe limit to how many people the U.S. military can move out of the country in what may be very hazardous, live-fire conditions.  (Keep in mind, for starters, that Afghanistan is landlocked; the most viable land route out is through Pakistan; and airlifting people from Afghanistan, no matter which way you go, requires safe passage through another country’s air space.) 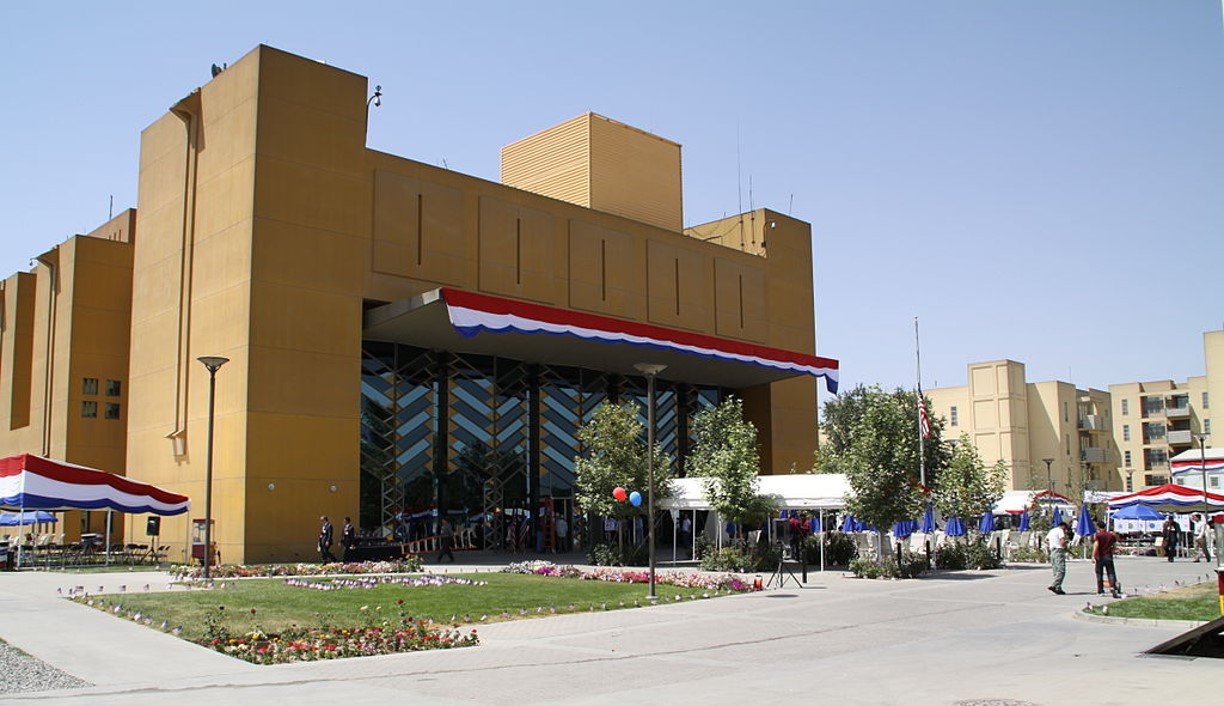 The current rhetoric coming from Secretary Blinken sounds prosaic and reassuring.  The media reporting is still shaping mental expectations with reference to the drawdown being complete by 11 September 2021.  Maybe, he agrees, we’ll have to worry about civil war breaking out in Afghanistan again, although he assures us the parties don’t want it to.  (Of course, they don’t.  But the Taliban want to resume control of Afghanistan. ISIS hasn’t been entirely repressed there, and Pakistan, China, Russia, and even Iran are all eyeing big stakes in the country’s future.  It will be more surprising if it doesn’t come to hot lead than if it does.)

The rhetoric is out of step, however.  A comfortable, five-month timeline is not what the State Department is signaling with its big moves this week.

A fighting retreat with stern warnings and a demonstration or two could at least get us out of Afghanistan without inviting harassing fire and losses throughout the process.  But it’s already evident that’s not what we’re embarking on.  If we were doing that, our policy rhetoric would match what’s happening on the ground.

If we’re lucky, withdrawing in haste will spare us the repeat of Saigon 1975 that would obviously be on everyone’s mind.  We’d certainly rather avoid that if possible.  And maybe we’ll get lucky.

The world is watching, however: watching us come under fire from the IRGC in the Persian Gulf at the same time we’re scrambling to make concessions to Iran and watching us ramp up a precipitate withdrawal in Afghanistan while still babbling to the American public about September.  Only a fool thinks we’re fooling anyone.