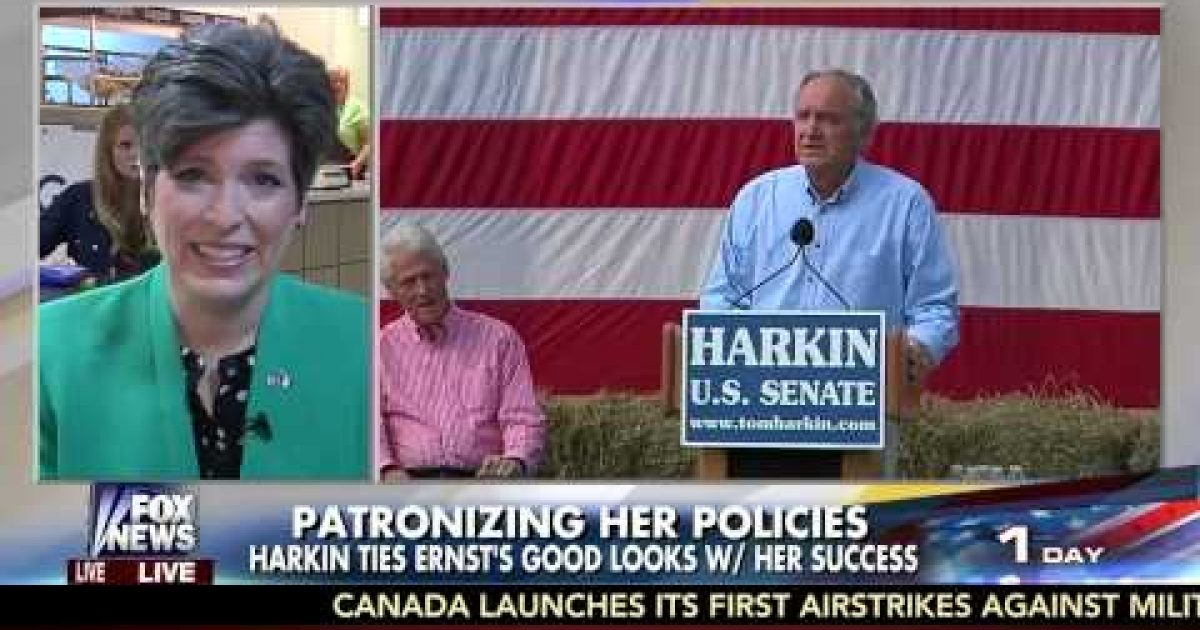 Facebook Twitter Flipboard
GOP Candidate for Senate Joni Ernst appeared on Fox and Friends Monday morning to answer Democratic Senator Tom Harkin’s sexist attack on her made the day before. Harken inferred that Ernst’s lead in the race was because she is “attractive” and “sounds nice.”
Ms. Ernst wasn’t standing for the Democratic Party war on this woman: She told Fox and Friends:

The full segment including Harkin’s statement is embedded below.