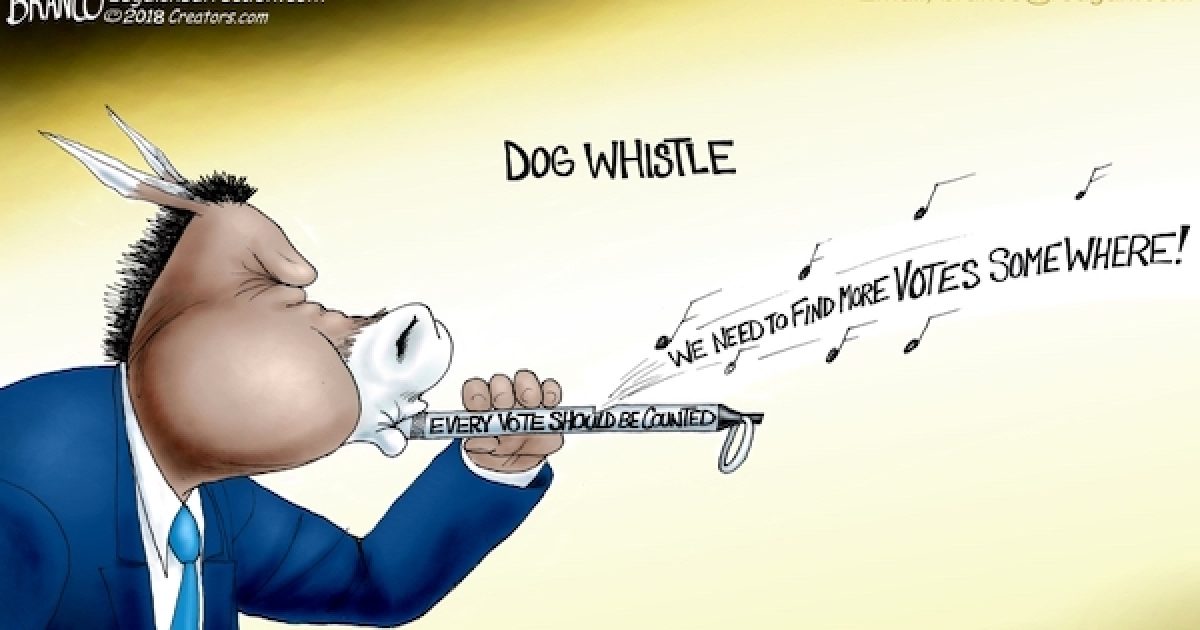 Accusations of racial bias are everywhere you turn. It’s the new way Democrats are trying to win elections. It’s happening big time in Georgia and Florida. Black voters were told that their vote was being suppressed. How was this possible in the biggest voter midterm turnout in history?

It’s an issue in Georgia and Florida because the two Democrats running for governor are black and the results of the election were close. Both candidates are calling for a recount. It’s a mess in Florida. In Georgia, the Republican winner is being challenged by Democrat Stacey Abrams to “count every vote” even though all the votes have been counted. “Count every vote” is code for, “find votes to help me win.”

If anyone one suggests that the votes have been counted and there is no way for Abrams to win, the underlying reason is “racism.”

One woman I engaged with on Facebook said voter suppression was real because there won’t be enough voting machines at some precincts in Georgia. She implied that this was done to keep blacks from voting.

There’s early voting in Georgia. A week before the election the polls were open for people to vote. No one complained about the number of voting machines or racial bias. If there were voter suppression, it would have been there for everyone to see each day of voting.

The accusations of voter suppression come on November 6.

It’s true that some of the polling places were short of machines. This was due to the record turnout and some very long ballot measures to read and one other factor that few people knew about.

Metro Atlanta voters stood in long lines Tuesday, amid a surge in turnout that made the midterm election resemble a presidential contest.

As they waited — some for hours — hundreds of voting machines sat unused, locked up in government warehouses, The Atlanta Journal-Constitution has learned.

The machines were sequestered by local officials because of an ongoing federal lawsuit that argues Georgia’s electronic voting machines could be hacked or tampered with.

With fewer machines in precincts, voters faced heavy delays, often more than an hour, before they got to the front of the line. The issue affected voters in Cobb, DeKalb and Fulton counties, the three jurisdictions covered by the court case.

Election officials said Wednesday that the lack of voting machines — combined with high turnout and wordy constitutional amendments — created some of the longest lines in years. They said that by the time they realized turnout would significantly exceed the last midterm election, there wasn’t time to find additional machines.

The machines are set aside because of an order by U.S. District Judge Amy Totenberg last December that called for preservation of evidence in a lawsuit seeking to move Georgia from electronic voting machines to paper ballots. (AJC)

The shortage of machines had nothing to do with racial bias.

I can guarantee you that “racial bias” will be the operating phrase in 2020. It will be used in every election. And once again, black voters will be duped in voting against their best interests. Georgia nearly elected an avowed socialist as governor. If taxes are raised, the people of Georgia will see businesses looking for a new home will bypass Georgia. Who will suffer? People seeking employment.