The Worst Anti-China Backlash Since Tiananmen Square Massacres Of 1989 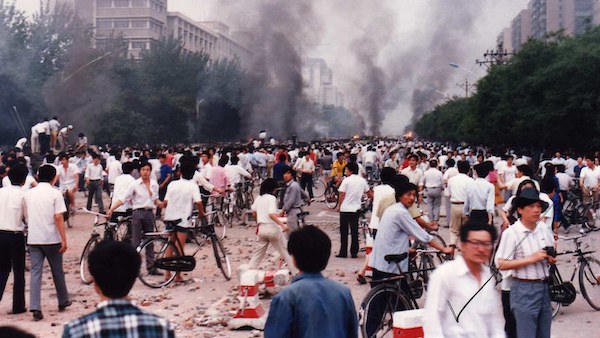 Per Reuters, an internal Chinese report warned that their handling of the CoronaVirus will generate a wave of hostility against China, the likes of which the communist country hasn’t seen since the Tiananmen square massacres of 1989.

Unidentified sources familiar with the internal Chinese government document told the news agency that the ministry, the nation’s top intelligence body, had “concluded that global anti-China sentiment is at its highest since the 1989 Tiananmen Square crackdown.” They said the report warned that China faces growing international hostility because of the coronavirus outbreak, which could lead to a confrontation with the U.S. Reuters didn’t read the document itself, but was told about its contents from their sources.

As a result, Beijing faces a wave of anti-China sentiment led by the United States in the aftermath of the pandemic and needs to be prepared in a worst-case scenario for armed confrontation between the two global powers, according to people familiar with the report’s content, who declined to be identified given the sensitivity of the matter.

The report was drawn up by the China Institutes of Contemporary International Relations (CICIR), a think tank affiliated with the Ministry of State Security, China’s top intelligence body.

“I don’t have relevant information,” the Chinese foreign ministry spokesperson’s office said in a statement responding to questions from Reuters on the report.

China’s Ministry of State Security has no public contact details and could not be reached for comment.

CICIR, an influential think tank that until 1980 was within the Ministry of State Security and advises the Chinese government on foreign and security policy, did not reply to a request for comment.

Reuters couldn’t determine to what extent the stark assessment described in the paper reflects positions held by China’s state leaders, and to what extent, if at all, it would influence policy. But the presentation of the report shows how seriously Beijing takes the threat of a building backlash that could threaten what China sees as its strategic investments overseas and its view of its security standing.

Relations between China and the United States seemed to be on an upswing before the China Virus crises. Now it’s heading downhill because if the Chinese were honest with the world about the virus from the beginning, 95% of the worldwide cases could have prevented. This global sentiment against China has increased as rapidly as the virus has spread.

And it’s not just the U.S., for example: “Australia’s government has called for an international investigation into the origins and spread of the virus. Last month, France summoned China’s ambassador to protest a publication on the website of China’s embassy that criticized Western handling of coronavirus.” But Bejing has found ways to blame America for the spread of the virus.

Even in European countries like Germany, “the mistrust of China has accelerated so quickly with the virus that no ministry knows how to deal with it,” said Angela Stanzel, a China expert with the German Institute for International and Security Affairs.

In Germany, as in Britain, in addition to new questions about the advisability of using Huawei for new 5G systems, worries have also grown about dependency on China for vital materials and pharmaceuticals.

There is enormous evidence that that’s where this began.  We’ve said from the beginning that this was a virus that originated in Wuhan, China.  We took a lot of grief for that from the outside, but I think the whole world can see now.

Indeed! And now China is beginning to realize that they may have to pay an international price, most probably beginning with sanctions.