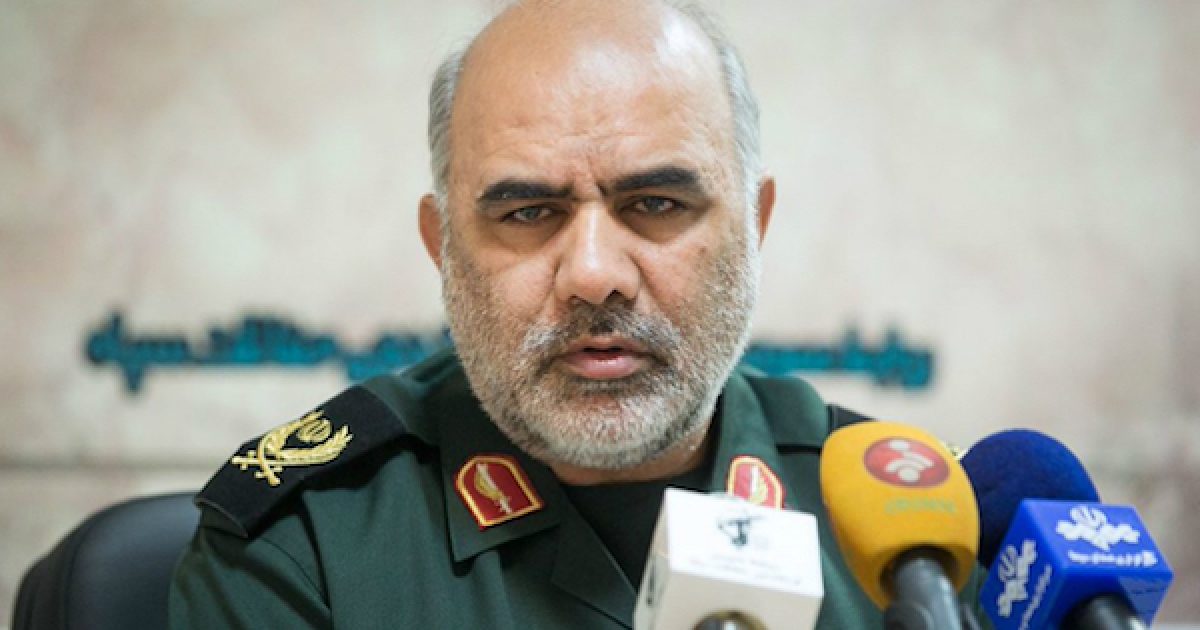 The surprise announcement came from the State Department.

Do not travel to Iraq due to terrorism, kidnapping, and armed conflict.

U.S. citizens in Iraq are at high risk for violence and kidnapping. Numerous terrorist and insurgent groups are active in Iraq and regularly attack both Iraqi security forces and civilians. Anti-U.S. sectarian militias may also threaten U.S. citizens and Western companies throughout Iraq. Attacks by improvised explosive devices (IEDs) occur in many areas of the country, including Baghdad.

Per news sources, the United States told people to ‘bug out” of Iraq because of “specific and credible” intelligence that Iranian forces and/or their proxies were planning to target U.S. forces in locations including Iraq. That was behind the Pentagon recommending a carrier strike group be moved to the region, and Secretary Pompeo’s rush trip to Iraq last week.

Investigative Journalist and Iran expert Ken Timmerman gave insight into the source of the Iranian threats last week. Timmerman explained there was recent intelligence that Iran was planning “imminent” attacks on U.S. persons or U.S. assets in Iraq. The intelligence came from an Iranian Islamic Revolutionary Guards Corps (IRGC) General in charge of information, who was fired by the supreme leader on April 19th and reacted to being fired by defecting to the west.

Iran Commentary, an online news portal that publishes information about Iran’s human rights abuses and illicit activity provided some of the details behind Timmerman’s Report. The defector, General Ali Nasir had a vicious argument with a superior officer, General Hossein Taeb. Nasari walked out of the meeting and left the country.

General Ali Nasiri (pictured above) is rumored to have taken refuge in a U.S. embassy or consulate in a nearby Persian Gulf state. And he brought gifts;  including a large volume of documents recording the travels of senior IRGC commanders, intelligence personnel and operational units to foreign countries, all under cover of diplomatic missions. That intelligence information was given to the United States.

Per Timmerman, Nasiri knows where all the bodies are buried:

It’s rare for the U.S. government to cite recent intelligence information, but in this case, the intelligence appears to have been so specific and the threats so imminent that our senior-most national security officials felt confident in tipping their hand to the Iranians.

Along with troop movements and plans to attack U.S. assets in Iraq:

Nasiri access to the darkest secrets of Iran’s nuclear weapons development program. He knows where the long-rumored secret uranium enrichment facilities were located because his men were in charge of guarding them.

He may also know the whereabouts of former FBI Agent Bob Levinson, who was kidnapped by the IRGC while visiting Kish island on March 9, 2007, and is long-rumored to be held in a secret IRGC prison in Iran or possibly Afghanistan.

The top-secret information from General Ali Nasiri is behind the recent increase in pressure from the U.S. on Iran.  The American Government is not happy about what they’ve read in the documents provided by the General, and Iran is not pleased either, because they know what information the General gave the U.S.

The naysayers who contend that President Trump is just trying to provoke a war with Iran are wrong. Our government sees a legitimate threat and are trying to protect our troops in Iraq and our homeland.