CONFIRMED: Democrats Planned to Insert Spies Into The Trump Campaign in 2015! 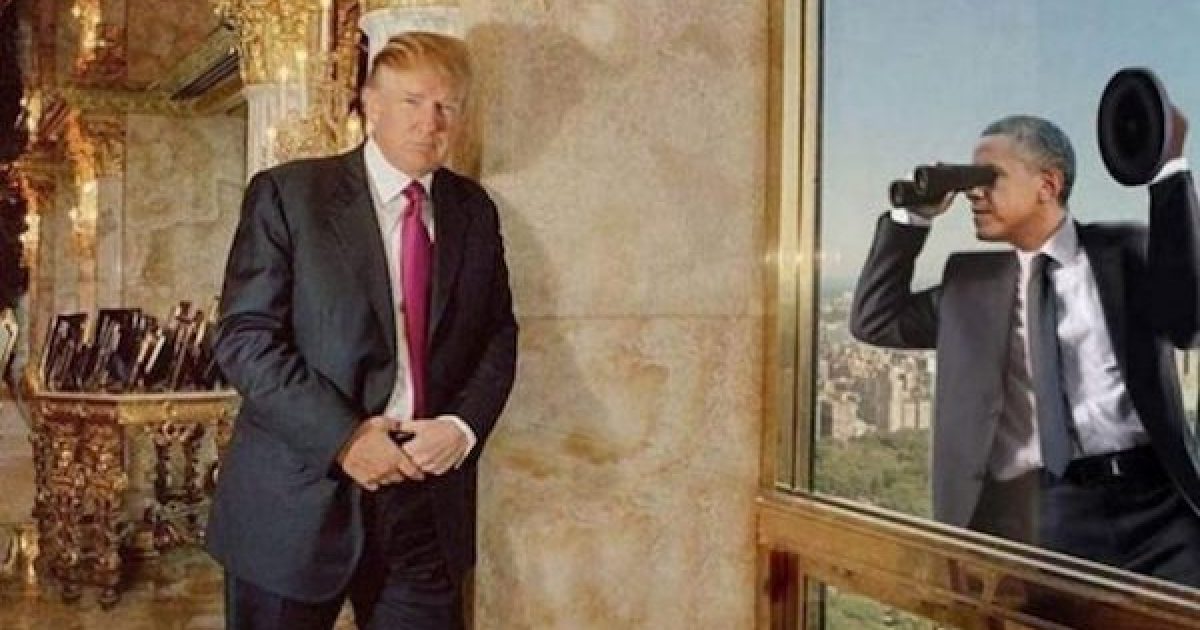 Officially, the investigation into Trump/Russia collusion named “Crossfire Hurricane” did not begin until July 31st of 2016. But text has been released that refers to inserting spies into the Trump Campaign as early as December 28th of 2015!

Sara Carter is reporting that the DOJ reneged on a promise to hand over documents to Congress early Thursday morning. According to Carter, the DOJ has said they will only meet with the Gang of Eight, and likely during the Trump/North Korea summit. The documents are related to the IG investigation, and the fear is that this gives DOJ officials time to pressure the IG to make changes to the report and that DOJ officials will heavily redact the information contained in the story. The DOJ is again playing games and attempting to hide information while also hoping to bury it because it will (they wish) be lost in the news cycle on the Trump/North Korea summit. To this writer, what is really frustrating is this: why is Congress not demanding these documents be handed over? After all, Congress does legally have oversight of the DOJ!

(The Olive) On Monday the Senate released 500 pages of documents that contain among other things un-redacted texts between disgraced FBI paramours Peter Strzok and Lisa Page that the FBI had previously published. The difference is that the FBI redacted certain words in these texts using national security as the excuse for the redactions. We now know the FBI lied about said reasoning.

Within a particular Strzok/Page text, the word “lures” was redacted. The word “lures” in FBI lingo refers to spies. CYA is the only reason to redact this word. The FBI KNEW that if this information came out, they would be busted for running an illegal operation against Trump and his campaign staff. (source)

According to Kevin Brock, former Assistant Director of FBI Counter-Intelligence, tasking a source without a formal investigation in place first is a legal violation.

OCONUS= Outside Contiguous US

Is this an admission that the FBI wanted to run a baited Sting Op using foreign agents against Trump? pic.twitter.com/OtLxlOEGsV

“If the FBI opened a Source or tasked a Source to gather information particulary from a US person, before opening a formal investigation, then that would be a violation of the guidelines.”

3) Here is the 500 page document of Strzok-Page text messages published by HSGAC. Some texts appear twice, some WITH redactions & some WITHOUT.

Let’s not forget that DOJ Deputy Attorney General Rod Rosenstein authorized the “investigation” of Paul Manafort a week after the FBI raided his home in the middle of the night – via a secret memo. Jeff Sessions and Rod Rosenstein need to be fired immediately – The DOJ and FBI upper echelon is nothing more than a criminal cartel in league with Hillary Clinton and Barack Obama – who report to George Soros among others.

Despite the rapidly mounting evidence that Spygate is not only real, but included the Obama administration’s top players, and is therefore not a fantasy residing solely inside the head of President Trump as the media and others allude to – Paul Ryan, and Trey Gowdy insist there is no evidence of spying on the Trump campaign by the FBI. Gowdy had said there was an “informant” inside the Trump campaign. Hello! What is an informant if not a spy? This writer can’t fathom what Gowdy is playing at here, but he is dissembling, pure plain and simple.

Strzok’s supervisor, Bill Priestap, was interviewed behind closed doors on Tuesday as part of an ongoing joint investigation by the House Judiciary and Oversight committees. According to a Fox News source on Capitol Hill, Priestap was “a very cooperative witness,” although there were still unanswered questions regarding Priestap’s overseas travel.

A lawmaker close to the matter told Fox News that Strzok played “a more central role than previously known” in both the Russia and Hillary Clinton email investigations. (source)

This isn’t news for those of us who have been following the Democratic obstruction of anything Trump. I recently wrote about the constant obstruction of justice by the Democrats. Strzok was involved in the re-writing of James Comey’s exoneration of Hillary Clinton letter so that Hillary’s use of a private email server would no longer constitute a felony. Strzok was also involved in Hillary’s so-called interview with the FBI.

Strzok and Page, Lynch and Holder, Comey and the Others, Hillary and Obama – each one is complicit in the cover-up concerning illegal spying on the Trump campaign.

This more recent set of revelations is only the tip of the proverbial iceberg. The Democratic sea of corruption goes back well before the Trump investigation which is based on salacious lies, namely the Steele dossier, which was used as the main reason to get a FISA warrant to spy on an American citizen.

Remember Uranium One? Hillary helped Russia to get a 20% stake of U.S. Uranium output. The FBI was investigating this way back in 2009, they even had an inside source familiar with what was going on, who wanted to testify – the payoffs, the corruption, Clinton’s involvement, and the payoffs to the Clinton Foundation. Instead of testifying, this inside informant was placed under a gag order and threatened with prosecution if he opened his mouth. All of this was swept under the rug while Congress was kept blissfully ignorant of the details. The FBI Director at that time? Robert Mueller.

All of these scandals are an offshoot of the Clinton Crime Syndicate. And the Clintons and their Clinton Foundation – which is a pay-to-play scheme, are intimately intertwined with the Obamas, foreign governments, Loretta Lynch, Eric Holder, James Comey, George Soros, Bruce Ohr, Fusion GPS, Andrew McCabe, and many others.

The Clintons have been dirty for years and years if one researches the many scandals in government throughout the years, the common denominator in a large percentage of these cases is the involvement of the Clintons.

The only fit place for the Clintons and their vast array of allies – is in a jail cell, forever.