The Constitution Does Not Need To Be Rewritten, It Needs To Be Reread.” 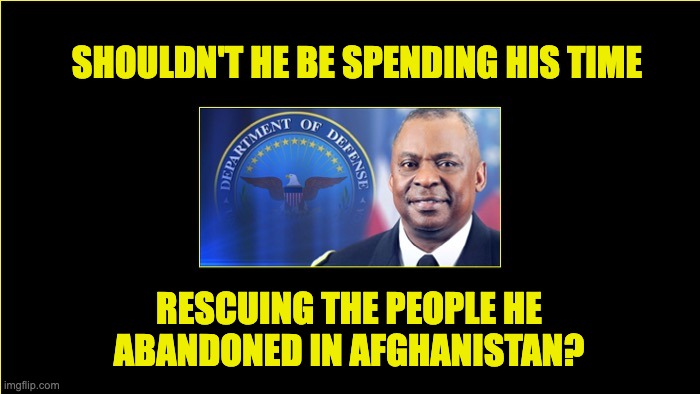 A DC judge issued an injunction against firing military and civilian employees who filed a religious exemption against the covid vaccine mandate while the exemption is under appeal. The temporary restraining order prevents the Biden administration from terminating any employee while their exemption paperwork is processed. injunction stops vax mandate firing

BREAKING: @Yoder_Esq with a HUGE WIN in Church v. Biden.

This is an amazing development from the DC District Court in the stand for OUR RIGHTS against the unconstitutional vaccine mandates. pic.twitter.com/kWus7XQ4pp

Instead of booting people from our all-volunteer military, shouldn’t Defense Secretary Austin spend his time trying to rescue the Americans he left behind with his Biden administration colleagues in Afghanistan?

“The Biden administration has shown an unprecedented, cavalier attitude toward the rule of law and an utter ineptitude at basic constitutional contours,” said the plaintiffs’ attorney Michael Yoder in a statement to Fox News.

“This combination is dangerous to American liberty,” Yoder continued. “Thankfully, our Constitution protects and secures the right to remain free from religious persecution and coercion. With this order, we are one step closer to putting the Biden administration back in its place by limiting government to its enumerated powers. It’s time citizens and courts said no to tyranny. The Constitution does not need to be rewritten, it needs to be reread.