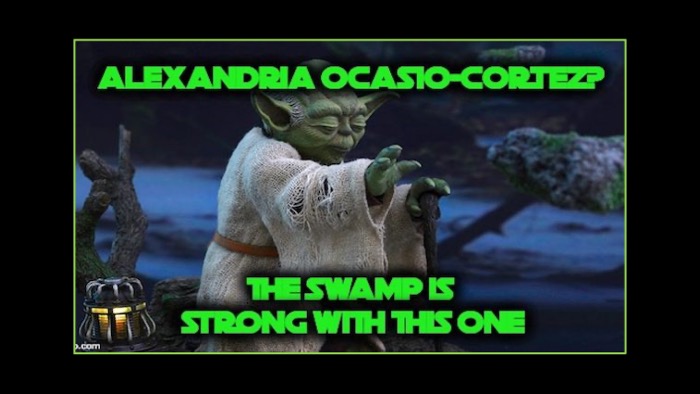 In politics, you can expect to take incoming from the other side. But when friendlies start taking shots at you — for failing to show up to work — that’s another story.

One of the criticisms Sandy (AOC) Cortez has faced from the very beginning of her time in office was that she is more like an IG influencer than she is a serious politician. To the shock and surprise of many, she has managed to leverage that social media presence to great effect (with more than a little help from the media’s fawning attention, helping boost her brand).

But it’s one thing to have a ‘presence’ on social media and quite another to actually be PRESENT to see your voters.

That was precisely the issue AOC was taking her lumps for in a recent Twitter spat.

Here’s how the absentee AOC got started.

Sen. Jessica Ramos, whose western and central Queens district overlaps with AOC’s congressional district and has been an ally, unloaded on the congresswoman after a med student complained about her canceling a health care forum.
They were told bluntly by AOC’s staff, `we’re not doing healthcare right now.’”
The health activist added: “So while she’s doing performative resistance art for the cameras she’s `not doing healthcare right now. We are in the middle of two pandemics & people are still dying because they lack healthcare. this is not fighting.”. — NYPost 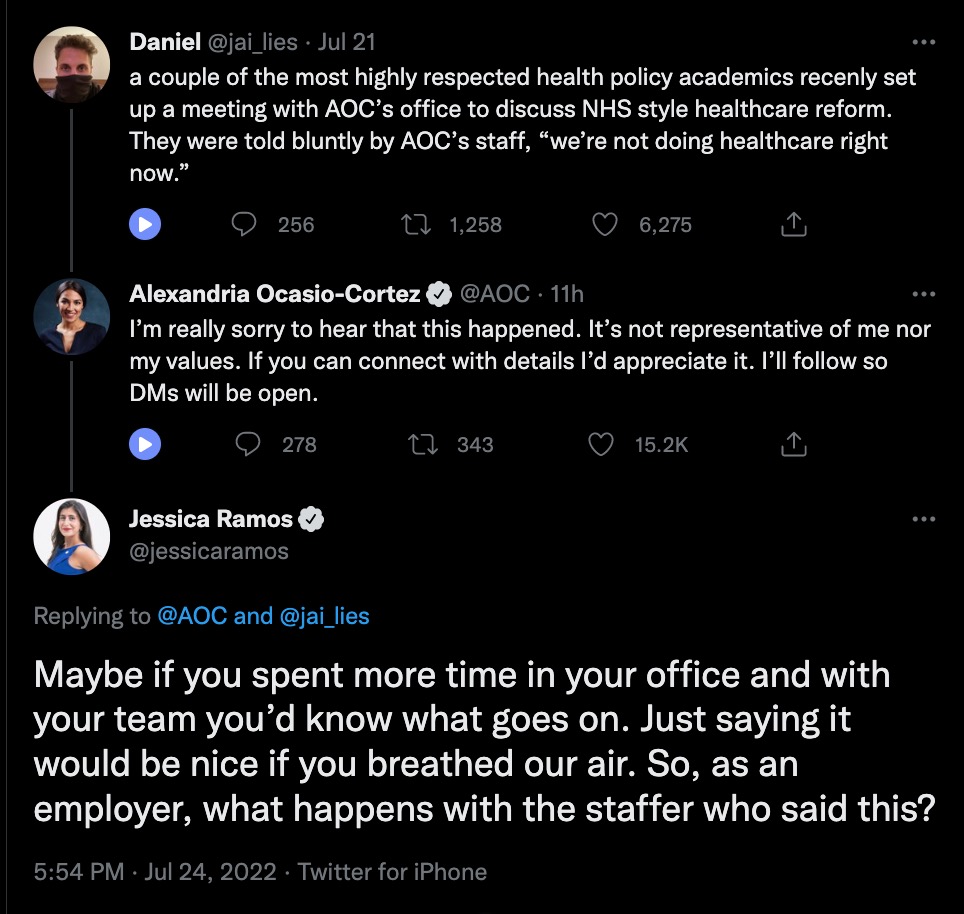 An army of followers rushed to Dear Leader’s defense.

But Ramos was NOT about to give up any ground in this fight.

For one thing, there is a reason she made this particular criticism and used the specific phrase ‘breathed our air.

That line is part of AOC’s campaign strategy to unseat her predecessor. 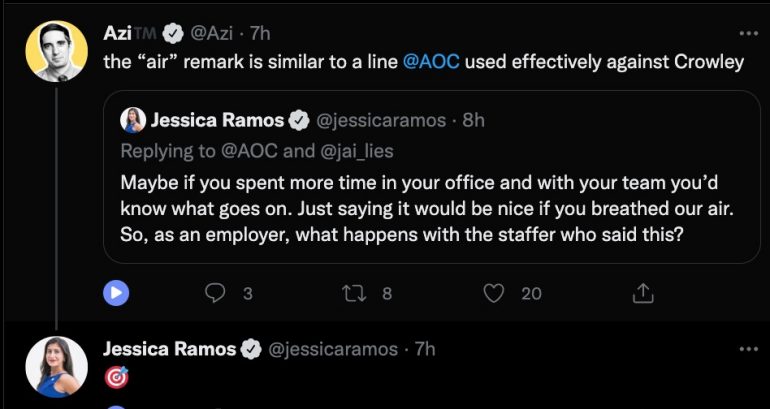 Is she now ‘breathing that same air, or has AOC gone AWOL?

Sure, but s. Cortez made all those promises BEFORE she moved to DC and discovered the wonders of garburators and living the privileged life of a swamp critter.

Her fanbots did their best to deflect and do damage control. But this writer didn’t find their counter-attacks on the state Senator very convincing. Judge for yourself.

The simple explanation for why she’s not showing up at her office is that she’s swamped with work in DC, right?

Yeah. About that — she’s had difficulty showing up for work there, too.

According to House records, it appears that AOC spends time away from her D.C. office as well as the district one.
She’s asked to vote by proxy via a letter to the House clerk 26 times, including on 11 occasions this year and four in May alone. — NYPost

The real question is, what are all those taxpayer dollars paying her to do all day besides running her social media accounts?