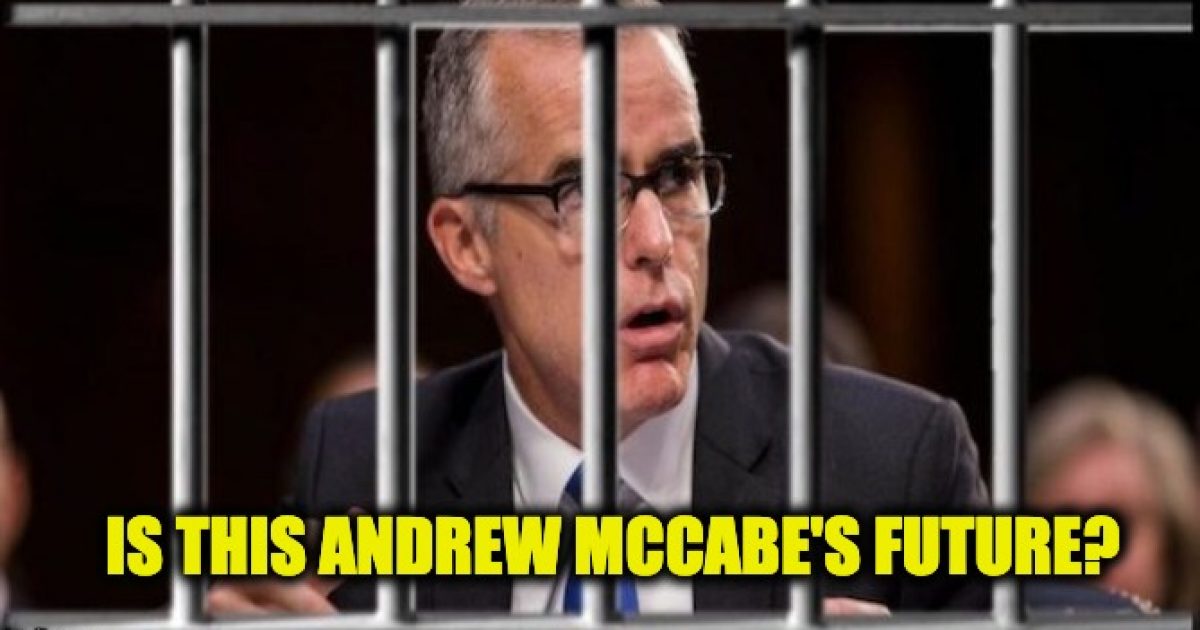 It was sixteen months ago when Justice Department Inspector General Michael Horowitz who issued a criminal referral for former FBI #2 Andrew McCabe. Per the New York Times, decision day is finally near. The liberal paper of record reports, the Justice Department is close to deciding whether to indict Andrew McCabe, on charges of lying to the FBI.

In two meetings last week, Mr. McCabe’s lawyers met with the deputy attorney general, Jeffrey A. Rosen, who is expected to be involved in the decision about whether to prosecute, and for more than an hour with the United States attorney for the District of Columbia, Jessie K. Liu, according to a person familiar with the meetings. The person would not detail the discussions, but defense lawyers typically meet with top law enforcement officials to try to persuade them not to indict their client if they failed to get line prosecutors to drop the case.

An indictment of a former top F.B.I. official is extremely rare and would be the latest chapter in the saga of Mr. McCabe, who was fired last year over the issue now under criminal investigation — whether he failed to be forthcoming with internal investigators examining the F.B.I.’s dealings with the news media

In April 2018 an Investigator General report charged that  McCabe lied—a lot.  Michael Horowitz found McCabe had lied at least 6 different times about significant issues. In particular, the IG found that McCabe lied to cover up his leaks. McCabe tried to blame his on his subordinates before realizing that he’d already been found out and finally confessing to being the leak, then he claimed that James Comey “authorized” the leaks. Comey, another leaker/liar, doesn’t remember the conversation.

McCabe led the Clinton-related investigations until the week before the 2016 election when he finally recused himself” after a Wall Street Journal article about donations linking Hillary Clinton to McCabe’s wife.

He was fired a month before the IG report was issued and the day before he was to retire with full benefits, At the time his fellow deep-staters claimed it only was a political hit job.

When the full extent of your venality, moral turpitude, and political corruption becomes known, you will take your rightful place as a disgraced demagogue in the dustbin of history. You may scapegoat Andy McCabe, but you will not destroy America…America will triumph over you. https://t.co/uKppoDbduj

Brennan’s tweet was especially ironic as McCabe was fired for not being honest in his testimony and Brennan lied to the Senate and the American people but received no punishment. But as the old adage says, “birds of a feather, lie together.”

The decision isn’t made and it is quite possible they decide not to indict, but if they do I hope they treat him the same way they treated Gen. Flynn, or like Paul Manafort who was kept in solitary confinement for his own good.

McCabe, who was recently hired to be a professional liar by CNN, has sued the DOJ and FBI  claiming that his ouster was politically motivated retaliation driven by President Donald Trump. However, if the criminal referral made by the politically neutral Inspector General Michael Horowitz lead to charges, it would probably kill that lawsuit. It may raise his standing at CNN as on-air reporters like Jim Acosta is proof the management protects liars.