Why Should Someone Have To Pay A Fee To Exercise A Constitutional Right? 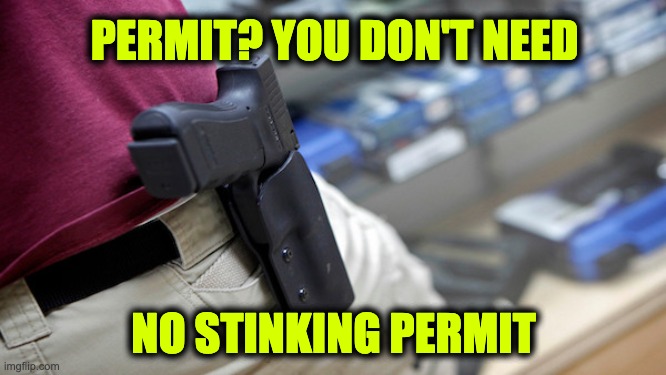 Why should someone have to pay a fee to exercise a Constitutional right? That’s why the Indiana General Assembly passed Constitutional Carry legislation— a bill to repeal the law that requires a person to obtain a license to carry a handgun. The bill is called Firearms Matters and, if passed by the Indiana Senate, would become effective at the end of March next year:

Indiana’s lawmakers are using a strict reading of the Second Amendment to bolster the state’s right to bear arms.

The Indiana House voted Monday to eliminate the license to carry a handgun in the state — an apparent victory, at least temporary, for supporters of Second Amendment gun rights.

It allows for any person who is lawfully able to carry and possess a firearm to do so without a government-issued permit or license, reports said. The bill specified that certain offenders still could be prohibited from carrying handguns.

Supporters of the bill argue that the permit process punishes law-abiding citizens and residents shouldn’t have to pay for a right guaranteed by the Second Amendment.

Exceptions to the new carry law include:

The law allows citizens who still wish to obtain a permit to carry in other states recognizing Indiana permits to do so.

No word so far, but I imagine many in the Democratic Party that are trying to take away our Second Amendment rights are having a stroke over Indiana’s Constitutional Carry bill.

Much of this post were first seen at Liberty Hub.