The 2012 Hillary Opposed Arming Syrian Rebs, But The 2014 Clinton Claims She Supported Arming Them 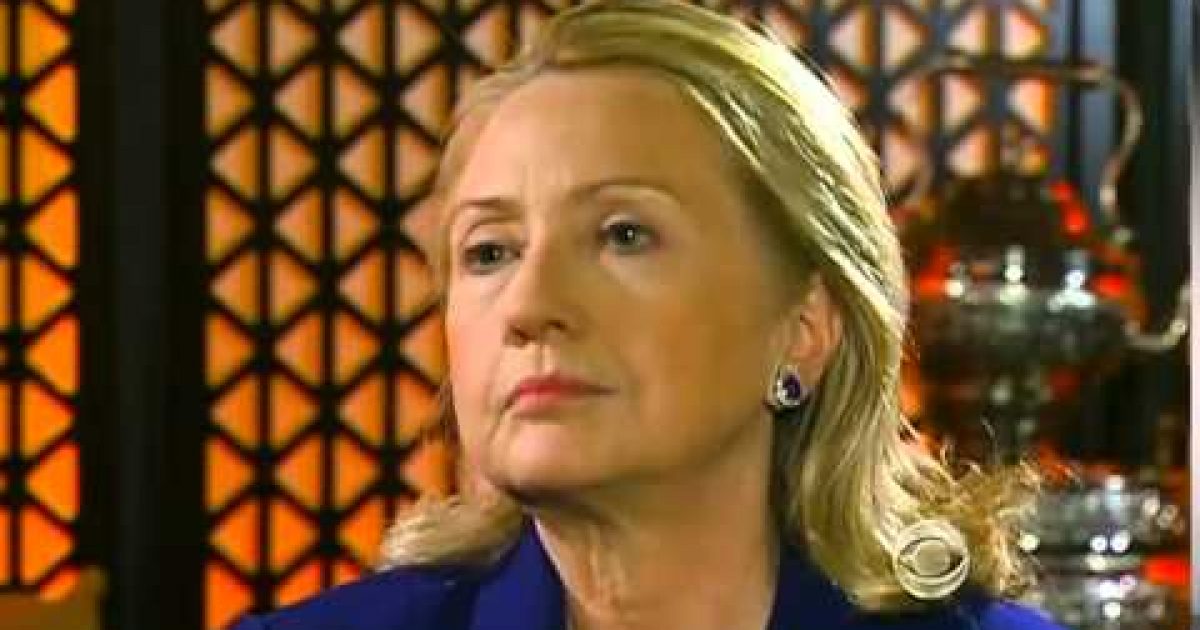 In her book “Hard Choices” former Secretary of State Hillary Clinton claimed she supported arming the Syrian rebels in 2012 but was overruled by President Obama. However in a 2012 interview with Wyatt Andrews of CBS News she gave a host of reasons why opposed arming the rebels beginning with, “Well, first of all, we really don’t know who it is that would be armed.”​

Speaking to Brett Baier on “Special Report” on June 17th, Clinton said she, along with the then heads of the Pentagon and CIA tried to persuade Obama to arm the moderate Syrian rebels but that the White House resisted. Clinton said it was not clear whether arming moderates in Syria would have prevented the rise ISIL.

Two months later Jeffrey Goldberg of “The Atlantic” reported: In an interview with me earlier this week, she used her sharpest language yet to describe the “failure” that resulted from the decision to keep the U.S. on the sidelines during the first phase of the Syrian uprising.

“The failure to help build up a credible fighting force of the people who were the originators of the protests against Assad—there were Islamists, there were secularists, there was everything in the middle—the failure to do that left a big vacuum, which the jihadists have now filled,” Clinton said.

As she writes in her memoir of her State Department years, “Hard Choices, “she was an inside-the-administration advocate of doing more to help the Syrian rebellion. Now, her supporters argue, her position has been vindicated by recent events.

Arming the Syrian rebels may be Ms. Clinton’s position today it was not her position back in 2012 when Obama was making his decision. Clinton told Wyatt Andrews of CBS News on February 26th, 2012 arming the rebels fighting Syrian President Assad was not practicable because it wasn’t clear helping them would not simultaneously bolster U.S. enemies such as al-Qaida and Hamas.

Andrews: When I go back to the plight of the folks being shelled and who are very plaintive in their request of the international community to be stronger: The question is, how long does the killing go on before the additional measures that you’re talking about kick in?

Clinton: Well, I think Wyatt, if you take just a moment to imagine all the terrible conflicts that go on in the world, we have seen in the last 15 years millions of people killed in the Eastern Congo, in the most brutal terrible despicable ways. It wasn’t on TV. There were no Skyping of the jungles that were the killing fields. And I could point to many other places where governments oppress people, where governments are turning against their own people. And you have to be very clear-eyed about what is possible and what the consequences of anything you might wish to do could be.

I am incredibly sympathetic to the calls that somebody do something. But it is also important to stop and ask what that is and who is going to do it and how capable anybody is of doing it. And I like to get to the second-, third- and fourth-order questions, and those are very difficult ones.

Andrews: The U.S. has repeatedly said that it is reluctant to support the direct arming of the dissidents. Why?

Clinton: Well, first of all, we really don’t know who it is that would be armed. We have met some of the people from the Syrian National Council. They’re not inside Syria. This is not Libya where you had a base of operations in Benghazi, where you had people who were representing the entire opposition to Libya, who were on the road meeting with me, rather, constantly meeting with others. You could get your arms around what it is you were being asked to do, and with whom. We don’t have any clarity on that.

Andrews: Madame Secretary, what’s the fear of arming the rebels?

Clinton: Well, first of all as I just said, what are we going to arm them with and against what? We’re not going to bring tanks over the borders of Turkey, Lebanon and Jordan. That’s not going to happen. So maybe at best you can smuggle in, you know, automatic weapons. Maybe some other weapons that you could get in. To whom? Where do you go? You can’t get into Homs. Where do you go? And to whom are you delivering them?

We know al Qaeda – Zawahiri is supporting the opposition in Syria. Are we supporting al Qaeda in Syria? Hamas is now supporting the opposition. Are we supporting Hamas in Syria? So I think, Wyatt, despite the great pleas that we hear from those people who are being ruthlessly assaulted by Assad, you don’t see uprisings across Syria the way you did in Libya. You don’t see militias forming in places where the Syrian military is not, trying to get to Homs. You don’t see that, Wyatt. So if you’re a military planner or if you’re a Secretary of State and you’re trying to figure out do you have the elements of an opposition that is actually viable, that we don’t see. We see immense human suffering that is heartbreaking and a stain on the honor of those security forces who are doing it.