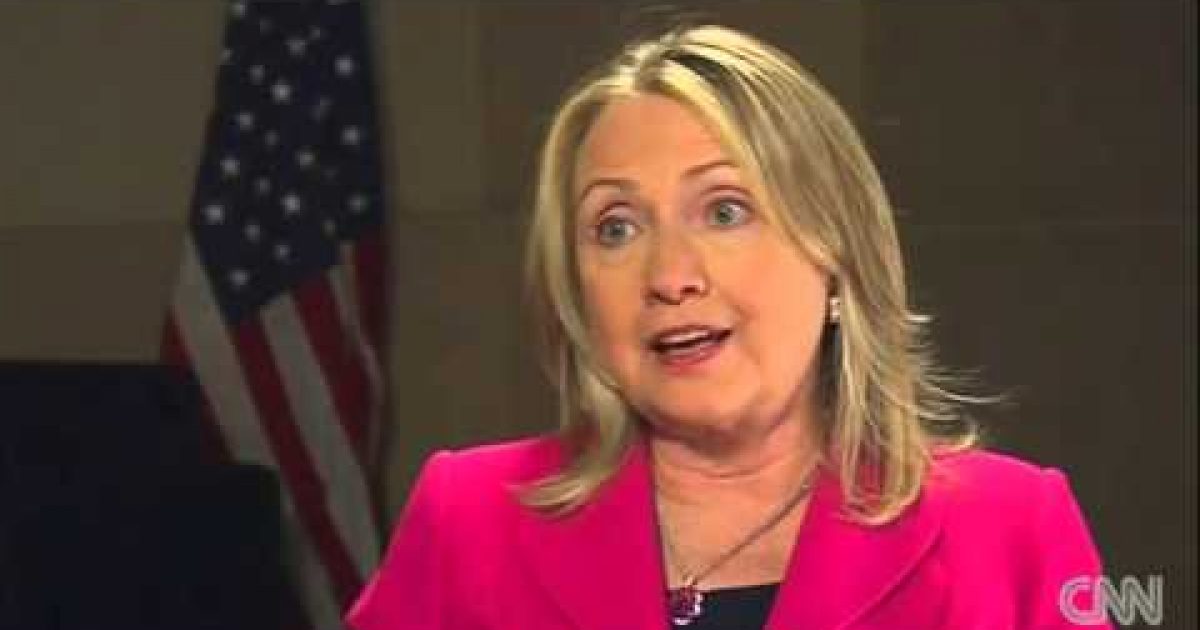 The recent events in Syria, with Putin out-maneuvering President Obama to protect the dictator Assad and make the U.S. government look impotent reminded people a debate exchange between the President and Mitt Romney who joked about the latter’s warning regarding Putin and Russia. But almost forgotten is the fact that the leading candidate for the 2016 Democratic Party nomination also bashed Romney for his warning about Russia being a geopolitical threat.

During the final debate between Obama and Romney the president tried to make the challenger look like a foreign policy novice by saying:

“Gov. Romney, I’m glad that you recognize that al-Qaida is a threat, because a few months ago when you were asked what’s the biggest geopolitical threat facing America, you said Russia, not al-Qaida. You said Russia … the 1980s, they’re now calling to ask for their foreign policy back because, you know, the Cold War’s been over for 20 years,”

But a half-year earlier, appropriately on April Fool’s Day, Clinton objected to Romney’s Russia warning first made in a March 27th op-ed in Foreign Policy. Interviewed by CNN’s Jill Dougherty the then Secretary of State made a similar charge about Romney’s Russia warning as Obama did, that the GOP candidate was looking backward instead of forward,  but she made it in a more “diplomatic way”

Well, without getting into the political campaign because that’s for others to comment on, I think if you take a look at the world today we have a lot of problems that are not leftovers from the past but are of the moment. We’ve just been talking about one, namely Iran. And in many of the areas where we are working to solve problems Russia has been an ally. You know, they’re in the P5+1 talks with us; they have worked with us in Afghanistan and have been very helpful in the northern distribution network and in other ways. So I think it’s somewhat dated to be looking backwards instead of being realistic about where we agree, where we don’t agree, but looking for ways to bridge the disagreements and then to maximize the cooperation.

This raises the questions about Hillary Clinton’s vision and whether she has a clear enough understanding of foreign policy to be our Commander-in-Chief.

France’s Education Ministry Has Banned The Use Of Woke ‘Gender-Neutral’ Language In Schools
May 18th, 2021 Clash Daily

Cal legislature attempting to tell stores what clothes they can sell!
May 17th, 2021 The Joe Messina Show

Twitter Bans Spanish Politician For Heinous Act Of Stating That “A Man Cannot Get Pregnant”
May 17th, 2021 The Lid