The Dem Impeachment Schiff Show And War On Women 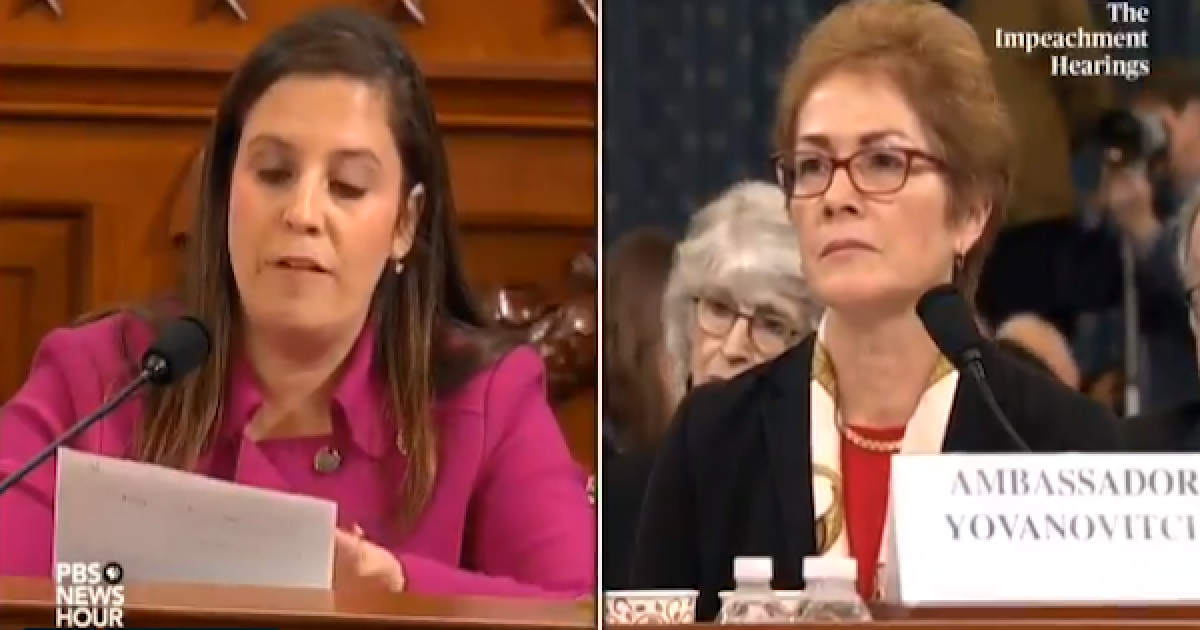 The Pelosi and Schiff show (Democrats running the “impeachment hearings”) has destroyed our judicial system, not to mention the Constitution. Nancy Pelosi stated in a presser that “Donald Trump should prove his innocence.” Hold the phone: that’s backward from our system of jurisprudence.  You are supposed to be “innocent until proven guilty.”

Batty Nancy isn’t the only one off plumb. Adam Schiff-for-brains continues to shut down strong questioning of witnesses by Republicans. He is a complete disgrace and should be run out of Congress. It is the Pelosi and Schiff show, and if it wasn’t so deadly serious it could be a sitcom.

Once again, Adam Schiff flat out REFUSES to let duly elected Members of Congress ask questions to the witness, simply because we are Republicans. His behavior is unacceptable and he continues to abuse his Chairmanship. Watch ?? pic.twitter.com/qm9Uj8tiHO

If a Republican did this the media and the Democrat Party would instantly accuse them of being sexist pic.twitter.com/MJsiqcnt3w

The idea that these are “open hearings” appears to be a falsehood.

.@RepAdamSchiff hasn’t even released the testimony from all of the closed-door depositions.

We are prohibited by House rules from discussing that testimony in these open hearings.

The Democratic Party seems to be waging a war on women.

If a Republican chairman repeatedly tried to shush a female Democrat member like Schiff has done to @EliseStefanik ,there would be hell to pay in the press and beyond.

Elisa Stefanik is a Republican Congresswoman from New York (I know a rarity).  After Adam Schiff refused to let her question the witness and kept gaveling her saying “not recognized,” Rep Devin Nunes stepped in to demand that she be allowed to speak since someone gave up their time. When she was finally allowed to question the former Ambassador to Ukraine, she ripped a giant hole in the whole impeachment premise.

“President Obama’s own State Department was so concerned about potential conflicts of interest from Hunter Biden’s role at Burisma that they raised it themselves while prepping the wonderful ambassador nominee before her confirmation.” — Rep. @EliseStefanik

Think about it. The Obama administration knew about Biden’s escapades even before Yovanovich was nominated for Ukraine Ambassador.  They didn’t provide her any counsel, but Trump did. If they raised the problem long before Trump mentioned it in a phone call, then there is no basis for these hearings at all.

This seems like it could be a contradiction from what she said earlier:

So, no Trump doesn’t have to prove his innocence, these Democrat wonkers need to prove he’s guilty. And so far, they’ve simply proven that the whole inquiry is a complete farce and that Obama’s administration were liars. They have shown that the Pelosi and Schiff show is a three-ring circus void of entertainment.

Democrats are SO UPSET about about an ambassador having her feelings hurt… just wait until they find out about what happened to that ambassador in Benghazi.” Tim Young, Twitter user