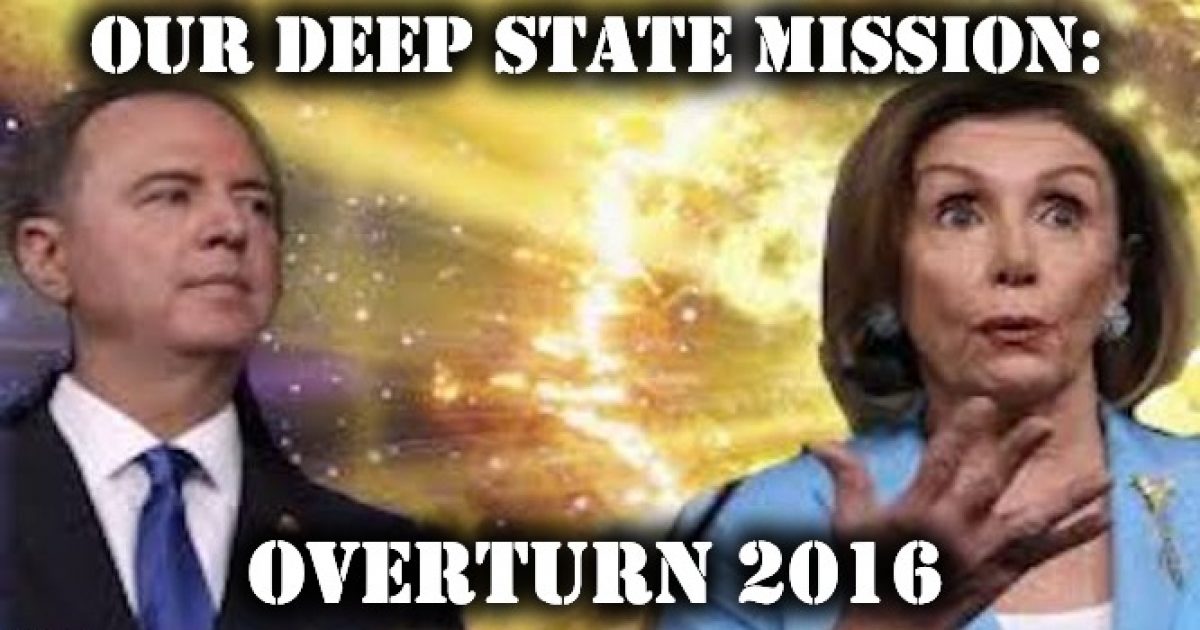 The series of hearings is being run by the House Intelligence Committee, chaired by Adam Schiff (D-CA), and bears no resemblance to due process of law.  Intelligence has got it like that; as John Brennan said to Congress in 2017, “I don’t do evidence.”

Brennan’s point was exaggerated for effect (intelligence does require evidence as part of the cycle of its work).  But it’s true that evidence, as statutory law requires it, is not job one for intelligence.  That’s because intelligence is about prevision, preemption, and the fortunes of policy.  Law, which uses data but is not intelligence and cannot operate like intelligence, is about enforcement.

Law, properly administered, doesn’t produce witnesses ponderously recounting their dismay at learning that someone else had been appalled by what he perceived the president’s policy to entail.  Might as well parade 50 million TV-watching Americans through the witness chair if that’s all you’ve got.  Heck, I could testify to my dismay at any number of second- and third-hand accounts of who was appalled about what in the Trump administration, for all the good it would do us.

Intelligence loses its credibility with such theatrics as well; they are best left to sensationalist journalism.  But since the relationship between intelligence and evidence is more complicated, it’s less comfortable to show intelligence up for violations of the due-process concept. So Schiff’s Posse it is.

In this weird twilight environment of non-actionable sensing sessions in the House, Tyler O’Neil’s contribution is highlighting the simple truth Jim Jordan told on Wednesday about Trump first wanting to review aid to Ukraine, and then deciding to release it.  The truth is refreshingly straightforward (we’ve reported before about some of the more complicated backstories, i.e., why Trump wanted to review the aid).  A couple of short passages make it clear:

“We’re not talking any country, we’re talking Ukraine. Ernst & Young said one of the three most corrupt countries on the planet. … So our president said, ‘Time out. Time out, let’s check out this new guy. Let’s see if Zelensky’s the real deal. This new guy who got elected in April, whose party took power in July. Let’s see if he’s legitimate.’”

“U.S. senators, Ambassador [John] Bolton, Vice President Pence, all became convinced that Zelensky was, in fact, worth the risk. He was, in fact, legit and the real deal and a real change. And guess what? They told the president, ‘He’s a reformer, release the money.’ And that’s exactly what President Trump did.”

Maybe you’re thinking, “Say, why didn’t we hear about Jordan saying this in the news reporting?”

Of course, you’re probably not thinking that; if you’re reading this article, you have a pretty good idea why we didn’t hear about it.

But that’s a fundamental point, leading to my title conclusion.  We didn’t hear about Jordan’s summary from the mainstream media, and we aren’t going to.  The direct, straightforward truth is out there, but our mass communication infrastructure is organized to obscure, suppress, and ignore it.  The media won’t even let it speak for itself, by simply quoting it, or taking it up as a discussion point.

Even after the Mueller Report came out, the mainstream media refused to convey simple-truth formulations of what it told us.  A good half a dozen Republican congressmen presented just such formulations; some of them made it to the talk shows – on Fox News, on the radio, on popular podcasts by high-profile right-wing pundits.  Little if any of what they said was allowed to speak for itself and have impact in any legacy network’s “straight news” hours (including Fox’s).

On the other hand, it is essential that much of America didn’t need the published Mueller Report to know what would be in it, and to know that what was in it would be a big goose egg, at least as regards President Trump.

It’s actually hard to overemphasize how important that is.  By the time the Mueller Report came out, those who had been tracking the endless series of “leaks” about the investigation, and the investigative work done by House and Senate committees, journalists, and bloggers, already knew, quite substantially, everything the report would have in it.  The Mueller Report itself was a check-in-the-block due-out.  The public knowledge had been established long, long before, as the process unfolded.  The Democrats meant it for evil, but it wasn’t Trump about whom the Mueller-centered process exposed fact after inconvenient fact.

In the process, from January 2017 to May 2018, what was established was who the Democrats are, and what they and the media were willing to do to avert or destroy a Trump presidency.

That, in fact, is what America truly needed to know.  (The attack on Brett Kavanaugh was a smaller but in some ways more striking example of the same phenomenon.  For one thing, it exposed the coordinated machinations of the same set of actors.  But whatever the original merits of Christine Blasey Ford’s memory of personal trauma – for which there was never evidence that it involved Kavanaugh – the real lesson from that episode was how quickly the media and Democratic politicians seized, with an utter lack of compunction, on a string of wildly absurd follow-on allegations, all of which turned out to be without substantiation, or even disprovable outright.  The willingness of a whole group of people to collude in defaming a man out of political hatred is the principal lesson from the Kavanaugh drama.)

As the Ukraine “impeachment Thing” cranks up, it is again the case that what America actually needs is not certification that no one was ever appalled by something he thought Trump meant.  If the hazard of someone being shocked at a perception of a president’s policy stances is impeachable, there are 44 other men, living and dead, to point the flamethrower at.  Dig ‘em up; knock yourself out.

Jim Jordan can talk until he’s blue in the face and not make the dent we genuinely need in our infosphere.  That’s partly because the MSM won’t let him be heard.  But it’s also partly because it’s not really Trump we desperately need fresh truth about.  It’s the political Left, the media, the permanent bureaucracy, the “deep state” that sabotages the will of the people – and calls that righteousness; and, it must be said, besides almost all Democrats, it’s several Republicans as well.

The Democrats have exposed themselves by their own hands at every step of the “Trump takedown” process so far – and much more effectively than anything else could have done.  If they stay on the impeachment theme-track, they will do the same.  The harder they try to indict Trump, the more their own machinations will be exposed.

Putting up with it all is a depressing thought.   We’ll have to hear more things like people with the title of “ambassador,”  complaining that the president is running foreign policy.

This is a reference to Trump’s use of Giuliani.  I heard a clip of Mark Levin on the radio bringing up FDR’s personal envoy-at-large Harry Hopkins concerning the anti-Giuliani complaint; another one would be Nixon’s use of Kissinger during his first term to go around the William P. Rogers State Department.  The best-known outcome of the latter instance was the opening to China in 1971-72.

This was back before we had the word “interagency” in our vocabulary.  Perhaps we need to dig those two deceased presidents up for a flamethrower session.  (Give it to Adam Schiff; intelligence isn’t hamstrung by ex post facto concerns either.)  But it would be more on point to let “impeachment” roll.  The further it goes, the more Democrats, the deep state, and the media will out themselves.