White House To House Dems On Impeachment Probe, Put Up Or SHUT UP! 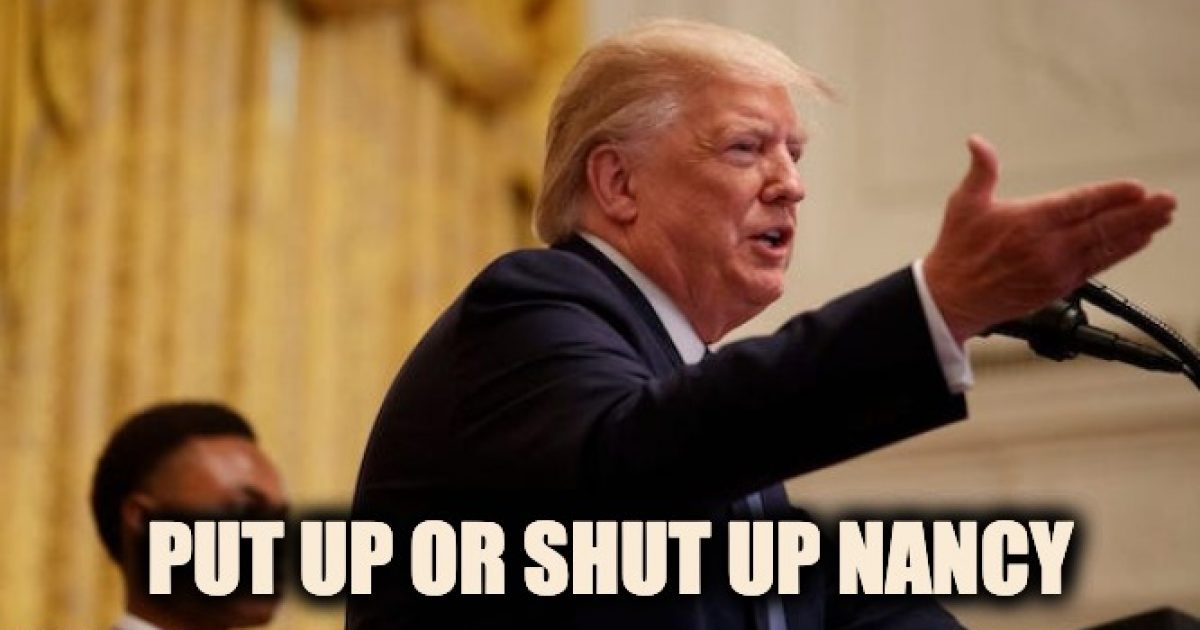 On Tuesday, the White House sent a letter to House Democrats excoriating them for what was called an “illegitimate” and “unconstitutional” impeachment probe.  The eight-page letter, written by White House counsel Pat Cipollone, also informed Democrats the Administration would not cooperate in their effort to overturn the 2016 election for partisan political reasons. Joining in on the fun NY Congressman Lee Zeldin, ripped the dems for their impeachment clown car.

“The facts are clear,” the White House said in an email sent Tuesday evening.  “The House Democrats’ ‘impeachment inquiry,’ undertaken without a single vote of authorization by the full House—an astonishing breach of precedent—is constitutionally invalid and violates both basic due process rights and the separation of powers. By the admission of its own advocates in Congress, it plainly seeks to reverse the election of 2016 and to influence the election of 2020. Not only is there no legitimate basis for the inquiry, but the committees’ actions in pursuing it themselves raise serious questions that demand full transparency with the American people.”

The letter also took issue with the Democrats’ efforts to deny President Trump his rights of due process under the Constitution.

“You have denied the President the right to cross-examine witnesses, to call witnesses, to receive transcripts of testimony, to have access to evidence, to have counsel present, and many other basic rights guaranteed to all Americans,” the letter states.

“You have conducted your proceedings in secret. You have violated civil liberties and the separation of powers by threatening Executive Branch officials, claiming that you will seek to punish those who exercise fundamental constitutional rights and prerogatives. All of this violates the Constitution, the rule of law, and every past precedent. Never before in our history has the House of Representatives—under the control of either political party—taken the American people down the dangerous path you seem determined to pursue”

“This is a kangaroo court. Because there has not been a vote to launch an impeachment inquiry. Because the minority does not have any rights for subpoenas. Because the president doesn’t have the right to have counsel present to ask questions,This entire thing is a political charade, is a clown show.”

Indeed this is a clown show and the Congressional Democrats are abusing their power.

Below is the letter the President’s counsel sent to Pelosi, Shiff, et al.

White House letter to Nancy… by charliespiering on Scribd