Being Lousy Is Not A Reason To Impeach A POTUS, Neither Is Revenge 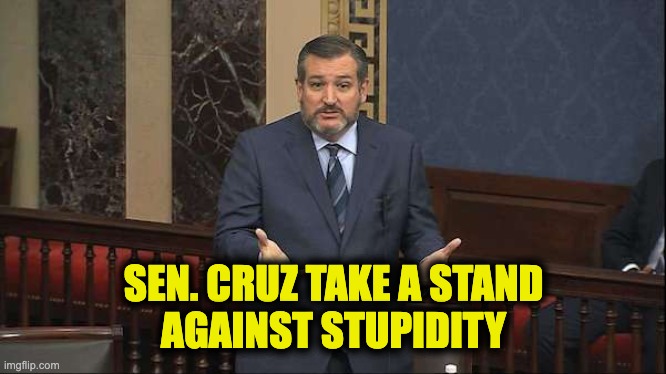 I am old enough to remember when presidents were rarely impeached. But it may happen in 2023 for the third time in five years, per Senator Ted Cruz says a GOP Congress may impeach Joe Biden. And when it was discussed, Cruz didn’t have the guts to object.

According to the Constitution, a president is impeached for committing “high crimes and misdemeanors.” The act of impeachment by the House is the equivalent of an indictment, the Senate votes to convict.

Richard Nixon would have been impeached if he hadn’t resigned in 1974. Based on what was made public, he did commit high crimes and misdemeanors and would have been convicted.

Impeachment was made a more regular political action beginning in 1998 when Bill Clinton committed perjury for lying about an affair. In 2019 Donald Trump was impeached for a legitimate phone call with the president of Ukraine. In 2020 (after he left office), he was impeached a second time due to  the January 6th riot in the capitol building, which the House called “incitement of insurrection.”  The real reason for each of Trump’s impeachment was was that the Democratic majority in the House hated Trump and his policies. The first one was to get him out of the office. The second was to make sure he didn’t run again in 2024.

The prediction about the midterm election of 2022 is the GOP will re-take both the House and Senate. Senator Ted Cruz (R-TX) contends that the new party running the legislative branch will once again seek to divide the country and delay the needs of the people by taking the time to impeach Joe Biden. Impeachment is supposed to be a serious move.

In a December 31 interview, Cruz was asked:

“One of the real disadvantages of doing that, and it is something you and I talked about at great length, the more you weaponize it and turn it into a partisan cudgel, what is good for the goose is good for the gander.”

“I said at the time, when we have a Democratic president and a Republican House, you can expect an impeachment proceeding, that is not how impeachment is meant to work.

“But I think the Democrats crossed that line.”

Impeachment of Biden implies the only purpose of electing a GOP majority in 2022 is to ignore the needs of the people and instead take revenge on the Democrats for the way they treated President Trump— They did it to us, so we’re going to do it to them.

So Ted. will you try to stop it, or will you continue to make it more likely by justifying impeachment. It seems like he will justify. Heck, Cruz even came up with a reason.

Cruz highlighted that Biden’s actions on immigration could be a justification for impeachment and claimed there could be other reasons.

He continued: “I think there are potentially multiple grounds to consider for impeachment. Probably the most compelling is the utter lawlessness of President Biden’s refusal to enforce the border.

I think there are potentially multiple grounds to consider for impeachment. Probably the most compelling is the utter lawlessness of President Biden’s refusal to enforce the border.

“His decision to just defy federal immigration laws and allow 2 million people to come here unimpeded in direct contravention of his obligation under Article Two of the Constitution to take care that the laws be faithfully executed.

“That is probably the strongest grounds right now for impeachment but there may be others. Because the Democrats decided this is just another tool in the partisan war chest I think there is a real risk that this turnabout will be fair play.”

To be honest, I believe Joe Biden is a lousy President. Even worse than the peanut president Jimmy Carter. But nowhere in the constitution does it say incompetency was a reason for impeachment. Unless it’s in the section I’ve never found. You know the one about the federal government forcing people to take vaccines and the government can run health insurance;

Cruz’s answers to the impeachment questions contained phrases softening his words such as “they might,” “potentially,” “whether it is justified or not,” and similar walk-backs. Cruz is an expert on the constitution who argued to the Supreme Court. He is a U.S. Senator who ran for president in 2016 and will likely run in 2024 if Trump declines to run. If he cared for this country, he wouldn’t have given wishy-washy answers, suggested reasons for impeachment, and blamed the Democrats because of how the Democrats treated President Trump, no matter how unjustified that treatment was. Instead, he should have said impeaching Biden because he is an awful president is unconstitutional and simply for political reasons. In fact, it’s plain imbecilic.

He shouldn’t have said, “whether it is justified or not.” He should have said it is not justified, ignores the needs of the American people, and the change in policy which is the reas9h the GOP may be elected to control both branches of the legislature. In other words, it’s a stupid idea, and he should promise to do everything he can to convince members of the House not to take that action.

The way to take revenge on a party that acted stupidly isn’t to be just as stupid. It’s to do a better job than they did.