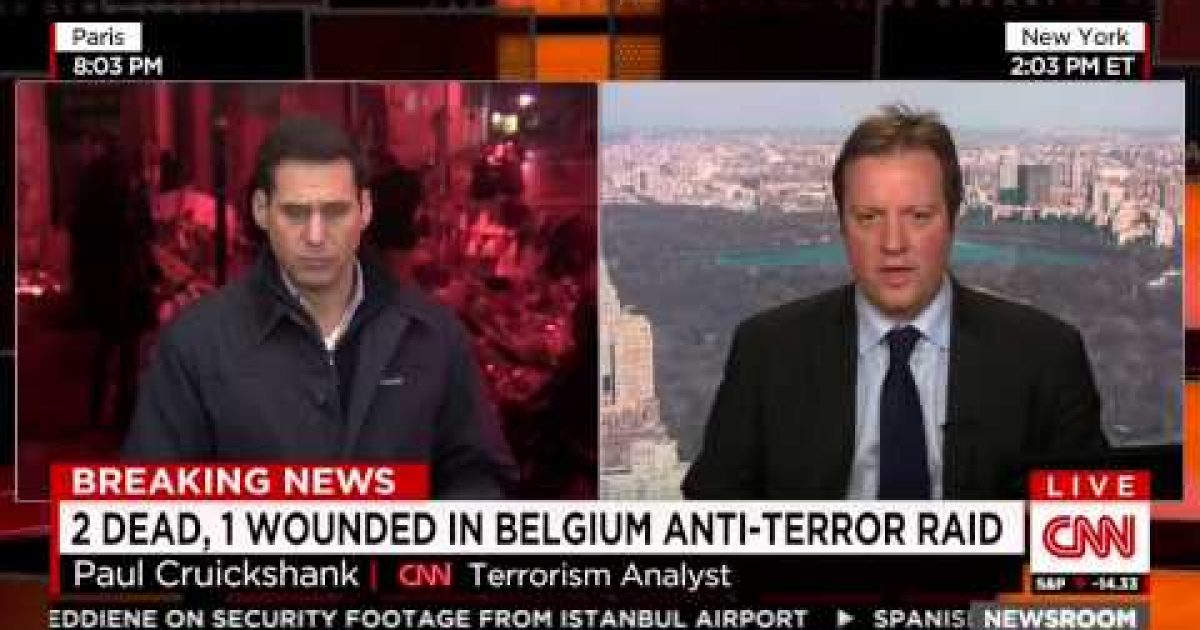 Facebook Twitter Flipboard
Thanks to a Thursday evening raid by Belgium Federal Police in the town of Verviers deadly terrorist attacks in Belgium and the rest of Europe have been prevented (Verviers is about 69 miles east-southeast of Brussels and 200 miles northeast of Paris).

“A second Paris has been avoided,” a source with the ministry of justice told Nieuwsblad newspaper.

According to spokesman for the Belgian Federal Prosecutor Eric van der Sypt who made a brief statement the members of the terrorist cell had recently returned from Syria where they met with ISIS. They were being monitored and the Federal Police who believed the group was planning a major attack in Belgium which would be executed imminently which is why the Police went ahead with the raid.

The spokesman said that the terrorists had “war grade weapons,” and they fought with the police. Two of the terrorists died, one was injured and arrested. The Policemen were unharmed.

Apparently the jihadist cell who recently returned from Syria with orders to carry out terrorist attacks in Europe. There were unconfirmed reports that the imminent threat was an attack on a police station.

The Daily Mail is reporting:

Hooded commandos appeared in the centre of Verviers shortly before 6pm, with officials saying the incident was ‘jihadist-related’.

One witness said: ‘There were police announcements to clear the area around six o’clock. We could see lots of police vehicles, and officers in balaclavas.

‘Most of the police vehicles were in Rue de la Colline, and there were clearly anti-terrorist officers on the street. There were three or four explosions, and then continual gunfire. It was terrifying, but the police brought the situation under control.’

The suspects immediately opened fire on security forces when they closed in on them near the city’s train station, Magistrate Eric Van der Sypt said in Brussels

The terrorist level in Belgium was raised to three out of a possible four levels.

There was no word whether or not these terrorists were linked to last week’s attacks in Paris.

The embedded video below is a discussion of the raid on CNN and includes an amateur video of the attack.

There will be another press conference held by the Belgian Prosecutor Friday morning at 5:00 am EST.