Over 1,100 Illegal Aliens Released Onto The Streets Of Texas And New Mexico 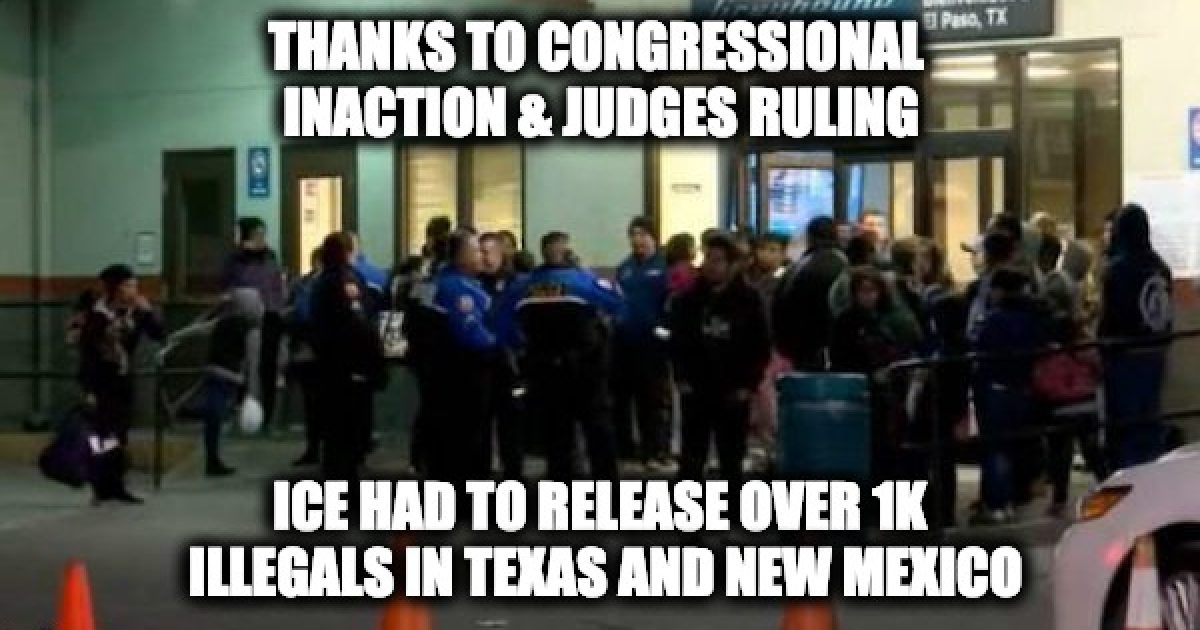 Over 1,100 illegal aliens have been released by ICE onto the streets of Texas and New Mexico over the last several days. Why? Because a) there is no more room, and 2) there is a legal restriction against holding family units past 20 days. With around 2,000 immigrants per week taken to the charities, even they are hard-pressed to help. So they end up dumped on the streets because the law has not been changed nor have budgets reflected the current situation at the border.

“To mitigate the risk of holding family units past the timeframe allotted to the government, ICE has curtailed reviews of post-release plans from families apprehended along the southwest border. ICE continues to work with local and state officials and NGO partners in the area so they are prepared to provide assistance with transportation or other services.”

Immigration and Customs Enforcement officials dropped off more than 500 more migrants in the streets of Texas and New Mexico border towns Wednesday, bringing the total to more than 1,100 over the last four days.

More than 500 migrants were released Wednesday onto the streets of Texas and New Mexico, U.S. Immigration Customs and Enforcement said, as the government struggles to detain illegal immigrants amid an influx of Central Americans trying to cross the U.S.-Mexico border.

The release on Wednesday followed days of other mass releases by the agency in order to prevent migrant families from being detained longer than allowed. On Christmas Day, the agency released 186 migrants and another 400 were set free two days prior, Las Cruces’ KVIA-TV reported.

They came here because of a false promise that they could quickly get into the United States if they had a child. They heard a “rumor” from people promising that it would be easy to get in. The organizers of the migrant groups should be arrested.

ICE usually notifies charities like Annunciation House in El Paso when a release is expected. But when there is no more room at those facilities and no more space at CBP facilities…the migrants end up at the bus station.

Two children who were dragged from their homes in Guatemala and plunged into a dangerous journey have died. The first one died of sepsis, according to reports, and the second died after his father refused further treatment after he was taken to the hospital and diagnosed as having a “common cold.”

As reported earlier at TheLid, DHS head Kirstjen Nielsen has ordered a more thorough medical exam for all of the children who end up in CBP facilities – facilities which have been significantly overloaded recently.

“Our system has been pushed to a breaking point by those who seek open borders. Smugglers, traffickers, and their own parents put these minors at risk by embarking on the dangerous and arduous journey north.”