1.7 MILLION Illegal Alien Border Apprehensions In FY 2021- Most In 35 Years 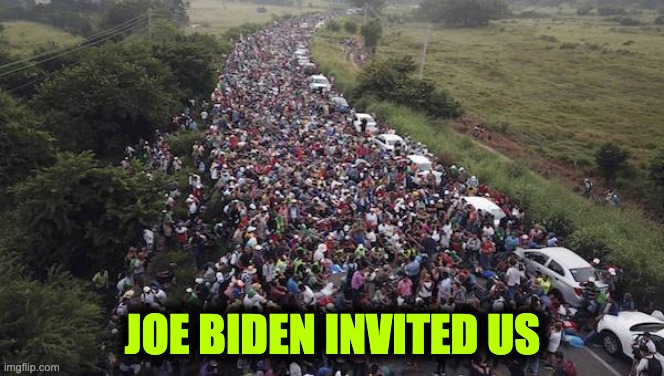 Can we call it a crisis yet?  The Washington Post reports that the CBP has arrested more than 1.7 million illegal aliens along the southern border during the 2021 fiscal year (FY)  that ended last month. This is the highest number since 1986 and 4x the illegals arrested at the border FY 2020.

Illegal crossings began rising last year but skyrocketed in the months after President Biden took office. As CBP arrests increased this past spring, Biden described the rise as consistent with historic seasonal norms. But the busiest months came during the sweltering heat of July and August when more than 200,000 migrants were taken into custody.

That number doesn’t include those who managed to get in without encountering border patrol.  Former Border Patrol Chief Rodney Scott told Fox News more than 400,000 migrants illegally crossed the border without being arrested over just the past 12 months.

At least 60,000 illegals from Haiti have passed through Panama and are expected to hit the U.S, Southern border soon. But Mexico was the largest source of illegal immigration during FY 2021. CBP arrested over 608,000 Mexican nationals during the fiscal that ended last month.

NBC News: Actually as many as 400,000 migrants are heading to the border pic.twitter.com/ivNpatELVx

Biden officials initially blamed the previous administration’s policies for the increase in border crossings. However, the reason for the surge in illegals was caused by Biden’s moves. Immediately after being sworn in, He halted border wall construction, ended the so-called ‘Remain in Mexico’ policy, reversed asylum restrictions, and announced a 100-day pause on most deportations.

A track of the CBP numbers proves that Biden is lying. When blaming Trump. In the chart below, one can see 2021 figures spiked when Biden was inaugurated, and so far during his presidency, Illegal immigration has been much higher than 2018-20 when Trump was POTUS. 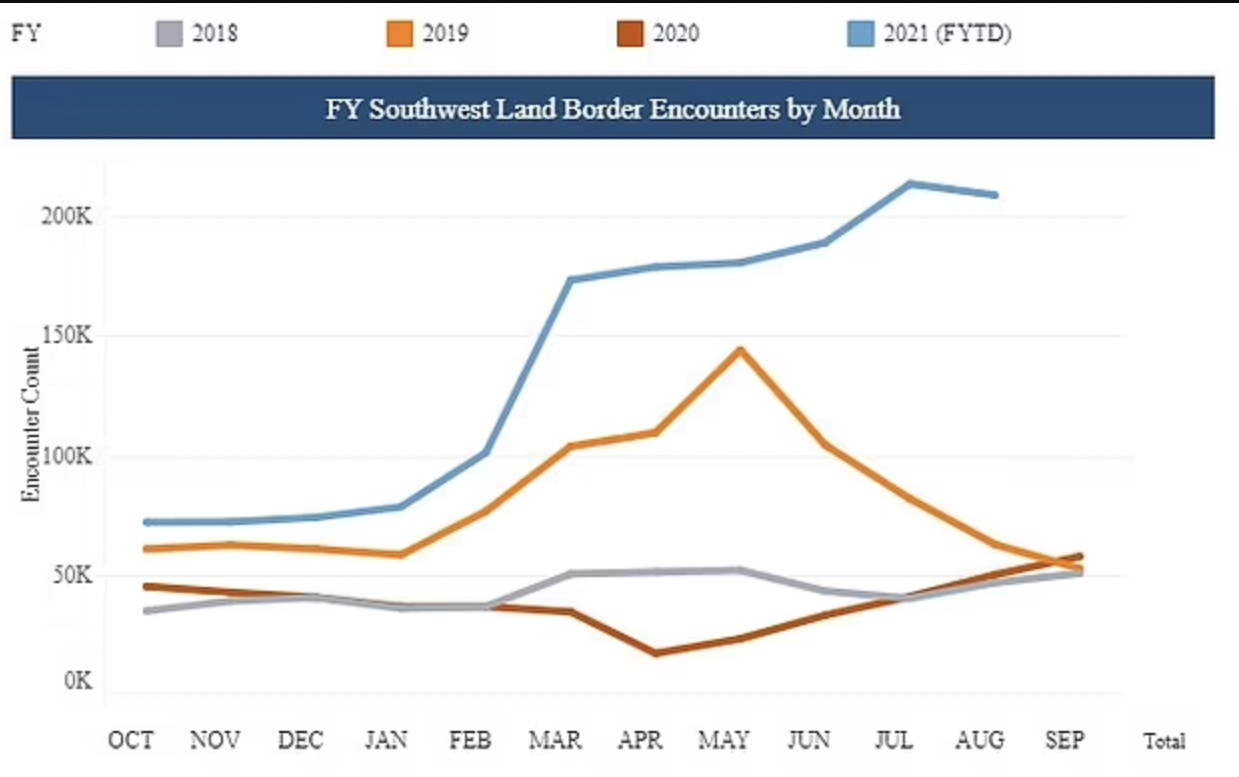 And it’s about to get worse. At his Senate confirmation hearing on Tuesday, Chris Magnus, Biden’s pick to be the New CBP boss. Magnus refused to say the southern border disaster was a crisis.

With his pick of Chris Magnus, who also supports sanctuary cities, Joe Biden again demonstrates his approval of illegal immigration and his desire that the 1.7 million figure of people who illegally crossed the border in FY 2021 is higher in FY 2022.