She Did What She Had To Do To Keep Him In The U.S. 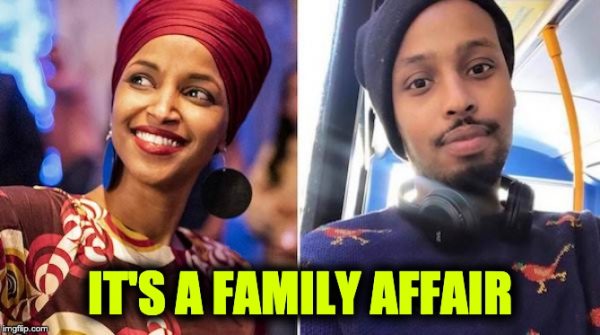 The Daily Mail spoke to a leader of the Somali Community in Minneapolis Abdihakim Osman, who went on record to say Rep. Ilian Omar’s (D-MN) second husband Ahmed Elmi was, in fact, her brother.  He says that Omar said, “she wanted to get her brother papers so he could stay in the United States, at a time when she was married to her first husband, Ahmed Hirsi.” Ilhan Omar married brother

At the time, people didn’t realize she meant she was going to marry him.

‘No one knew there had been a wedding until the media turned up the marriage certificate years later,’ Osman, 40, exclusively told DailyMail.com.

Osman’s revelations are sure to renew calls for an investigation into the Minnesota freshman representative who has repeatedly refused to answer questions on her marriage to Elmi.

She originally said the idea that the spouses were also siblings were ‘baseless, absurd rumors’, accusing journalists of Islamophobia, but has since stayed quiet.

Perhaps Omar subscribes to the idea that incest is a game the whole family can play.

Before he came to the U.S., Elmi was living in London, and Omar’s family was getting concerned because he was starting to act a bit effeminate.

‘He was very feminine in the way he dressed — he would wear light lipstick and pink clothes and very, very, short shorts in the summer. People started whispering about him.

‘[Hirsi] and Ilhan both told me it was Ilhan’s brother and he had been living in London but he was mixing with what were seen as bad influences that the family did not like.

‘So they sent him to Minneapolis as ”rehab”. 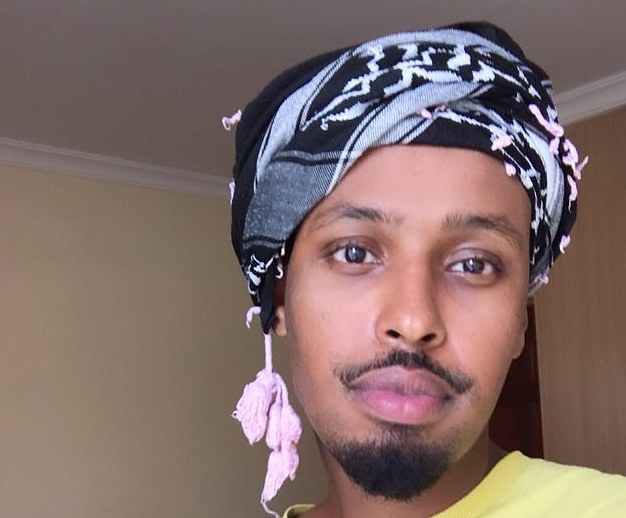 Abdihakim Osman recounted that when Omar married her first husband, it was a big party with lots of guests. But, he said: ‘When she married Elmi, no one even knew about it.’ In fact, to keep it a secret they were married by a Christian minister named Wilecia Harris whose benefits included she didn’t know they were brother and sister.

Last month we covered a David Steinberg report that the FBI and ICE were investigating Rep Ilhan Omar for activities between 2009 and 2017/ Those activities include the tangled web of her marriages to Ahmed Hersi and Ahmed Nur Said Elmi.

Incredibly — according to address records, and a statement from Omar herself — she was also still living with her first husband, and their two kids, throughout this second marriage.

Steinberg pointed to their registration at North Dakota State University as a federal education violation, in addition to an immigration violation. Steinberg described Omar’s crimes as “eight instances of perjury, immigration fraud, marriage fraud, up to eight years of state and federal tax fraud, two years of federal student loan fraud, and even bigamy.”

One of the instances of perjury occurred when Rep. Omar and her brother signed their marriage certificate. The couple swore under penalty or purgery that they were “no nearer of kin than first cousins once removed.”

Osman seemed to confirm education fraud. He told the Daily Mail, ‘She said she needed to get papers for her brother to go to school. We all thought she was just getting papers together to allow him to stay in this country.” They also needed the papers to apply for student loans.

He also explained that the marriage to her brother was a sham:

‘They both moved to North Dakota to go to school but she was still married to [Hirsi]. In the Somali way, the only marriage that mattered was the one in the mosque.

‘Ilhan came back to Minneapolis all the time to see her family, but her brother didn’t come with her.’

Omar and Elmi eventually divorced in 2017 and she remarried Hirsi — with whom she had a third child — in a civil ceremony the following year, just in time for her election to Congress.

Osman scoffs at the idea that this was a real remarriage. ‘They never parted,’ he said

On the one hand, that makes the marriage to her brother less creepy, but on the other hand, if Omar is found guilty of committing marriage fraud, she faces up to five years in jail and a fine of up to $250,000.

I wonder if she will try to hire a Jewish lawyer.