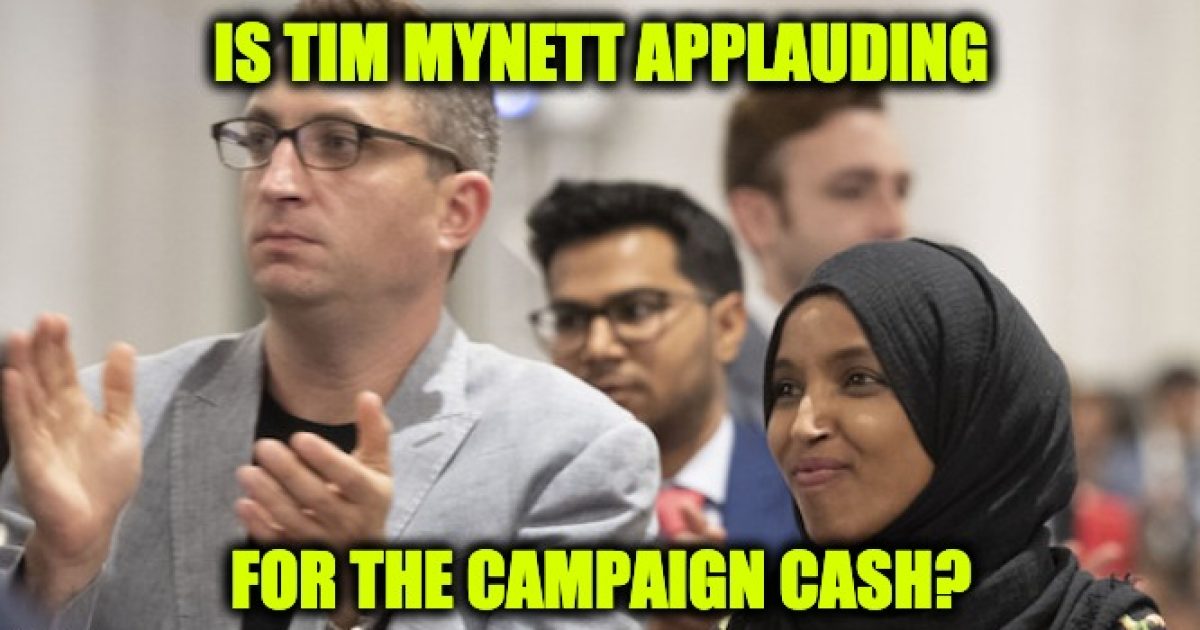 In August, Dr. Beth Mynett filed divorce papers claiming her cheating spouse, Tim Mynett, told her in April that he was having an affair with Rep. Ilhan Omar.  The soon to be ex-Mrs. Mynett blamed affair as the reason for her filing for divorce.  Ilhan Omar campaign cash

According to the Washington Free Beacon, about 30% of the money Rep.Ilan Omar’s 2020 reelection campaign spent in the third quarter of 2019 went to the firm run by her accused boyfriend, Tim. Mynett. Third-quarter spending with Mynett’s company, The E Street Group, was almost the same as the first two quarters combined.  The E Street Group received more money from the campaign than any other vendor. Isn’t love wonderful?

The payments represent a significant increase from previous spending on the group’s services. In the first two quarters—the first six months of the year—the campaign paid approximately $160,000 to the E Street Group. The $150,000 in new payments, made over the past three months, nearly matches that number.

So far, the only person to acknowledge the affair is the soon to be former Mrs. Mynett. The divorce papers she filed, read in part,

“The parties physically separated on or about April 7, 2019, when Defendant told Plaintiff that he was romantically involved with and in love with another woman, Ilhan Omar.”

The papers did not say whether Mr. Mynett and Rep. Omar were siblings.

Rep. Omar is in the process of getting a divorce from her husband.

Please note: it is not true that when he heard about the accused Omar/ Mynett affair, Rep Omar’s ex-husband called her to say, “I’m telling mommy.”