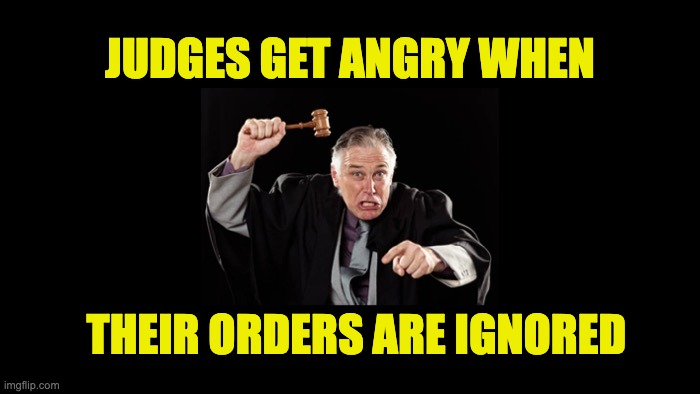 If you’re in the Biden administration today, you have a major vaccine problem on your hands right now, and the last thing you’d want to do is appear to be heading down an authoritarian path.   But, knowing what we know about the current occupants of the West Wing, of course this isn’t what happened.

President Joe Biden’s wide-ranging vaccine mandate has been criticized by the people and the pundits alike as potentially unconstitutional, as well as an invasive medical overreach by the federal government.  And, unsurprisingly, at least one court agreed, and they’ve now halted the mandate with a temporary restraining order.

The president’s plan encountered a roadblock on Saturday when the U.S. Court of Appeals for the Fifth Circuit Court issued a temporary stay blocking the mandate while considering a permanent injunction.

The ruling from a three-judge panel on Saturday resulted from a stay sought by the states of Texas, Utah, Mississippi, and South Carolina, as well as several businesses that oppose the Biden plan. The states and businesses filed a petition of review of the agency action, which goes directly to a federal appeals court instead of a one-judge federal district trial court.

But, almost unbelievably, Biden and his team decided to command the nation’s private businesses to simply ignore that order.

President Joe Biden’s White House has advised businesses with 100 or more employees to follow his vaccine mandate despite the temporary halt from a federal court of appeals.

“People should not wait,” White House Deputy Press Secretary Karine Jean-Pierre told reporters on Monday. “They should continue to move forward and make sure they’re getting their workplace vaccinated.”

The move will do little to quell the growing distrust of the government, especially as these mandates continue to grate upon the consciouses of the constitutionalists among us.