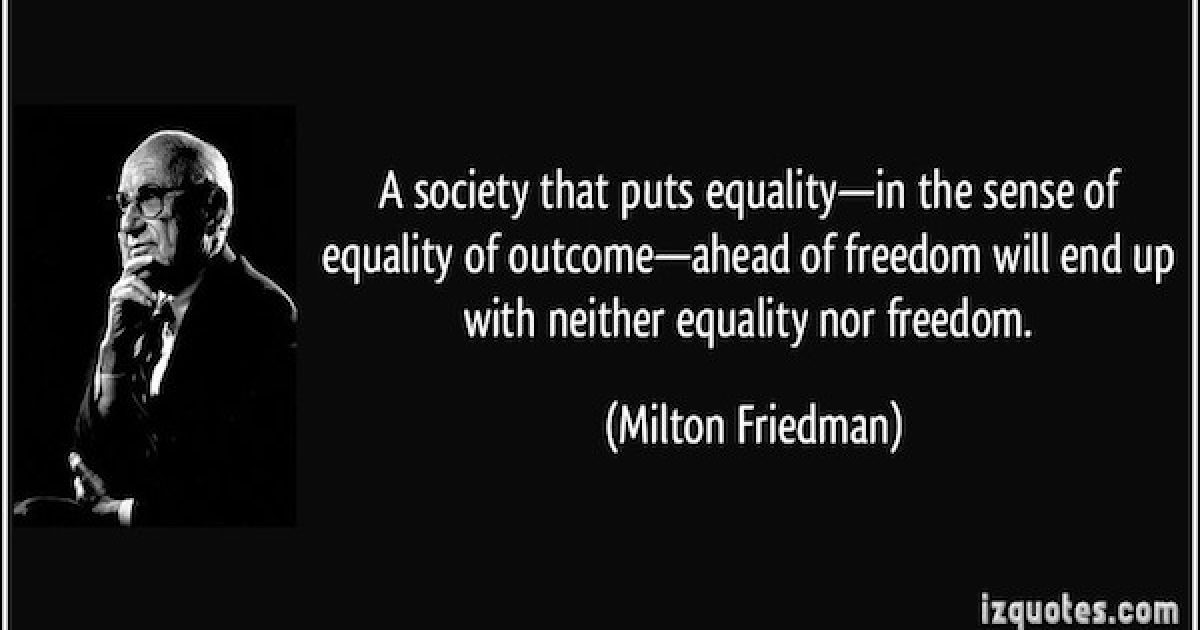 Generally when liberals run a country stupidity follows. The stupidity results from the false liberal creed that equal opportunity is the same as equal outcome. This lack of discernment forces liberals to compensate by picking winners and losers, like the failure of Obamacare, cash for clunkers, and so many other programs under the previous administration. A new law Iceland is another example of this liberal failure.

The government of Iceland has just passed a new law mandating equal pay between the sexes and making it illegal to pay a man more than a woman. This is brilliant and fair, in theory. Sadly, as anyone who took economics in college knows, we don’t live in a theoretical world. We live in a world where there are shades of gray and a vast multitude of variations between any two people.

The law now forced companies that employ more than 25 people to obtain a government certificate demonstrating pay equality. If the company cannot prove ‘equality’ then they will face government fines. Activists in Iceland argue that the law will simply be a tool to help eliminate the gender wage gap:

Dagny Osk Aradottir Pind, of the Icelandic Women’s Rights Association, told Al Jazeera: “The legislation is basically a mechanism that companies and organisations … evaluate every job that’s being done, and then they get a certification after they confirm the process if they are paying men and women equally.”

“It’s a mechanism to ensure women and men are being paid equally.

“We have had legislation saying that pay should be equal for men and women for decades now but we still have a pay gap,” she added.

“I think that now people are starting to realise that this is a systematic problem that we have to tackle with new methods.

“Women have been talking about this for decades and I really feel that we have managed to raise awareness, and we have managed to get to the point that people realise that the legislation we have had in place is not working, and we need to do something more.”

The law is part of Iceland’s attempt to eradicate the gender wage gap by 2022, but it fails to take into account WHY the gender pay gap exists.

As activist Dagny Osk Aradottir Pind explained, Iceland has always been at the forefront of gender justice and they have many laws already attempting to force equality of pay… and yet, even in Iceland where the gender pay gap is smaller than anywhere else in the world, the gap persists.

There is a reason that the gender pay gap continues to exist despite all of the left’s attempts to stomp it out… and the reason has NOTHING to do with sexism or discrimination.

Two of the most important reasons that the “gender wage gap” exists in Western nations which embrace equality are; many women want to be mothers,

Employers view long hours as a sign of commitment and leadership potential. But from scarce, pricey child care to short school days, the world is organised for families with a parent at home—and that is usually the mother.

They call it the motherhood penalty and it leads to fewer hours worked and lower pay.

Part of the pay gap originates from similar job titles with different responsibilities:

A study from Glassdoor found that a full “HALF” of the gap existing between men and women had to do with their choice of occupation.

More than half of the pay gap between the genders can be explained by the fact that women tend to work in lower-paying industries and take jobs that pay less than men, finds a report published [March 2016] by jobs site Glassdoor.

“Men and women for a variety of reasons are being pushed into different jobs and industries,” Andrew Chamberlain, Glassdoor’s chief economist, explained to The Huffington Post.

Another study found a multitude of “gaps” between men and women that would all partially explain why men, in general, still earn more than women.

Below are 20 gender gaps that reflect gender differences in the labor market, and are gaps that generally favor men and help explain why men earn higher incomes on average than women. (Most of the gender differences below are discussed in Warren Farrel’s excellent book “Why Men Earn More: The Startling Truth Behind the Pay Gap — and What Women Can Do About It.“)

Note: None of those gaps above apply universally, but reflect overall gender differences that apply in general and on average.

The reality is that the gender pay gap is not something that can be legislated out of existence fairly. By forcing companies to do this, Iceland will be forced to discriminate against men, making them the losers and women the winners.

Iceland believes they are legislating equal opportunity but they are forcing an equal outcome. Men on average work longer hours, choose more risky occupations and do more physically demanding work by forcing companies to pay their female colleagues the same the men will no longer be compensated for taking on these challenges.

The issues creating the gap are obviously cultural and mostly unrelated to purposeful discrimination/sexism. The way to “fix” the gap that exists, if it needs fixing, is to change attitudes and nurture a different culture moving forward. Sadly, liberals never want to take the safer more productive route, instead, they use government to threaten and bludgeon citizens into modified behaviors. It doesn’t solve the cultural problem, and it creates anger, angst, and division… but liberals believe that is the function of government to make people conform to their version of the ideal.

There is no way to know how men will respond once their financial incentive to engage in these riskier, or more demanding behaviors, is gone. Iceland could be opening up a Pandora’s Box that will wreak havoc on their economy and see wages drop across the board.