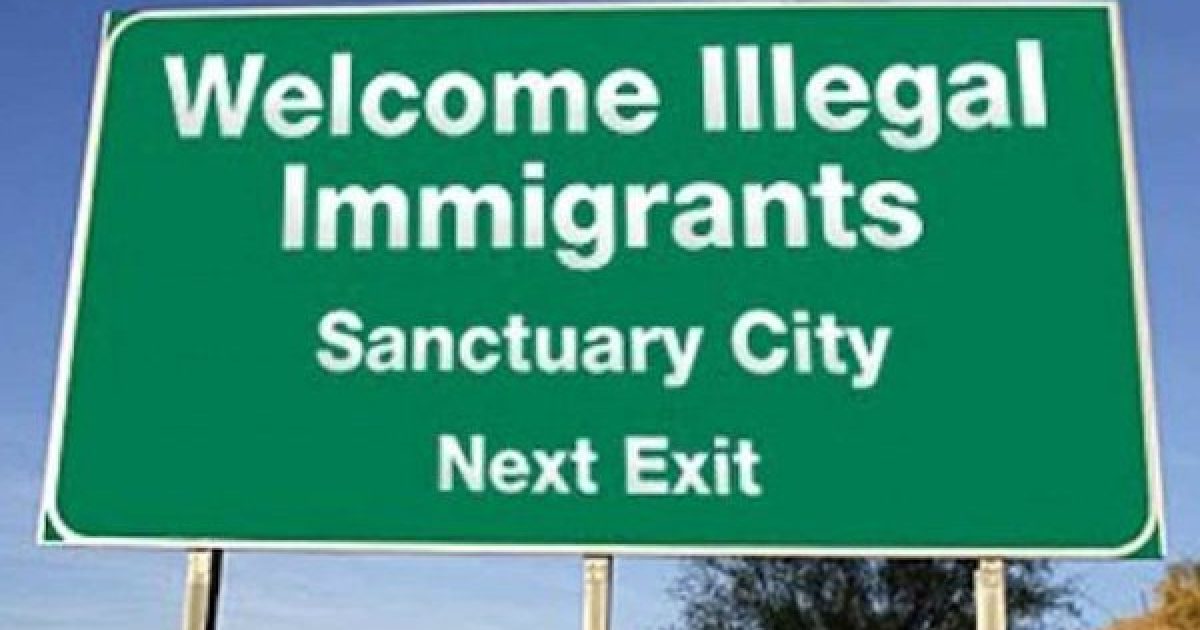 Illegal Immigrant Carlos Eduardo Arevalo Carranza was arrested for killing a 59-year-old Bambi Larson in San Jose. Her death could have been prevented if California didn’t have a sanctuary law.  There were six ice detainer requests for Carranza–all ignored.

Throughout the country, sanctuary policies have lead to violent crimes that never would have happened if retainers were observed. Thankfully some ICE agents around the country are getting around the local “sanctuary” policies via back-door relationships with brave local law enforcement officers who cooperate even though they are told to allow illegal immigrants to roam free.

Two years after New Mexico’s largest county barred local law enforcement from cooperating with immigration authorities, its leaders learned that the policy was being subverted from within.

Staff members at the Bernalillo County jail in Albuquerque were still granting immigration authorities access to its database and, in some cases, tipping them off when a person of interest was being released.

“I was surprised and horrified,” said Maggie Hart Stebbins, chairwoman of the Bernalillo County Commission. “Individual employees do not have the freedom to pick and choose what they want to observe.”

The forces for open borders say they’ve seen similar behavior in “places like Philadelphia, Chicago, and several communities in California  which has a statewide sanctuary law.”

The ACLU claims ICE’s is getting some of their information via “sweeping use of a vast automated license plate reader (ALPR) database run by a company called Vigilant Solutions. Over 9,000 ICE officers have gained access to the Vigilant system under a $6.1 million contract that the public first learned of last year. ICE has access to over 5 billion data points of location information collected by private businesses, like insurance companies and parking lots, and can gain access to an additional 1.5 billion records collected by law enforcement agencies.”

Wired Magazine is reporting that sometimes when ICE agents can’t get the information they need out of Vigilant, they get help from local law enforcement who care about protecting their communities:

Though many local agencies contribute willingly to the Vigilant databases ICE can access, the combination of these mechanisms plus informal, backdoor sharing agreements give ICE license plate data access on a scale that is difficult to fully measure. The ACLU says that one extensive batch of emails between an ICE “Homeland Security Investigations” officer and a detective in the Orange County Intelligence Assessment Center, a “fusion center” in which multiple law enforcement agencies collaborate, illustrates how the agency circumvents privacy rules. The exchange is clearly friendly, and the ICE agent regularly asks the detective to run plate numbers, and even the numbers from parking permits for people with disabilities, on the agent’s behalf.

In one exchange the ICE agent writes, “I finally have access to [the Vigilant database]! But only the commercial system … would you mind running the following plate for me?” The detective replies, “Well, I am glad you have access, but I am also glad you still need me once in a while :))))”But not anymore. The county now forbids ICE agents from going beyond the normal public areas.

There is no official definition of sanctuary policies, but in practice, it is a government that breaks the law by permitting residence by illegal immigrants and aiding and abetting these lawbreaking aliens by refusing to cooperate with the lawful federal authorities who are tracking them down for arrest or deportation.

Local law enforcement officers who are feeding information to ICE agents are putting their careers in jeopardy by violating state and/or local laws to protect their communities from the open border liberals in power.  These officers who risk being found prove something many of us already know, law enforcement isn’t a job, its a calling. Their work expresses their love for protecting their communities from lawbreakers.