I Will Miss You Friend-Andrew Breitbart Dead at 43 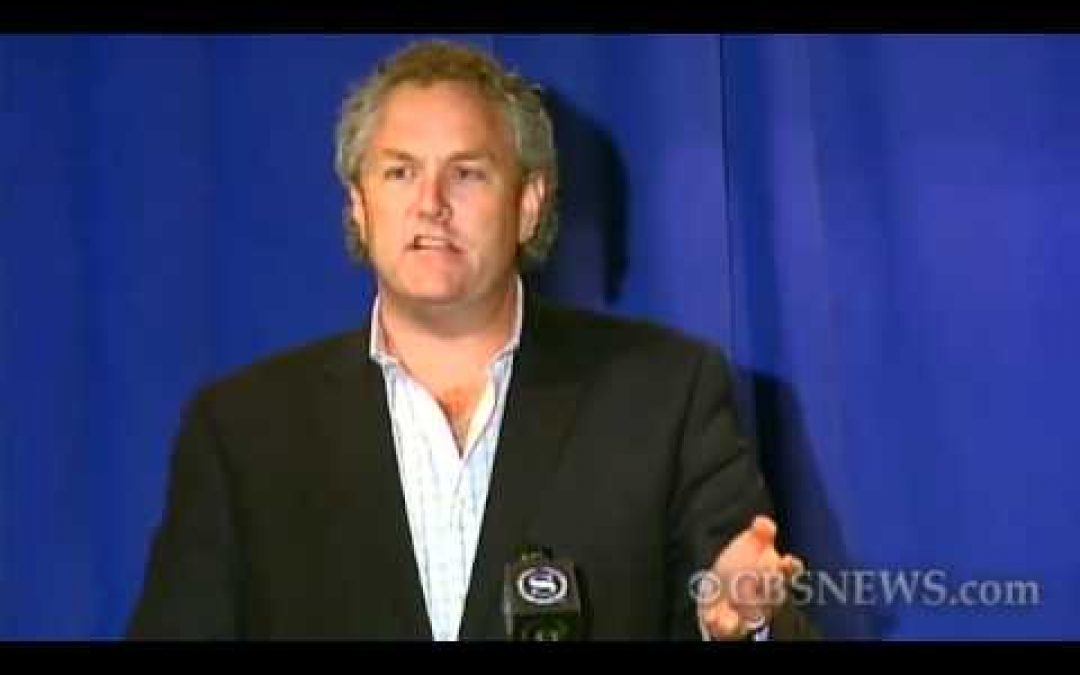 Three years ago I began writing for the “Big” sites. Although we didn’t speak often, Andrew made me feel like I was an important part of the “Big” team and we were involved in something bigger than us both, but in truth he was bigger than it all.  Andrew urged us to be unafraid and to stand up to bullies. And when followed his advice and the bullies got angry, he would step in front of us to take the bullet. Just last week I on the receiving end of a twitter attack from one of MMFA’s attack dogs–it only took a few minutes for Breibart to step in from across the country to provide “pithiness”  and support. Andrew Breitbart was the guy you wanted in the “fox hole” with you.  And I was honored that he welcomed me into the ‘fox hole” with him

Andrew Breitbart was the most fearless guy I ever knew, and he taught me to be fearless as long as the power of truth was behind me.

Breitbart was a bit crazy….like a fox.  He would intimidate progressive bullies simply because they wouldn’t know what he would do or say next. But like Hamlet, it was all just an act

I always loved to hear Andrew Breitbart speak.  On first glance it would seem that he had no idea what he was saying, that he was simply spewing some “stream of conciseness,” but in the end his speeches always made sense, proved some important point, rallied the “troops” and was funny as all hell.

Andrew saw himself as a protector of bloggers, tea partiers and all who were attacked by bullies from either side of the aisle. He was a “lead, follow or get out of the way” type of person, most of us however, chose to follow because no other human being could keep up with his amazing energy.

Breitbart was a multi-tasker. I am not talking about the kind of person who can work, watch TV and talk on the phone at the same time….that is for amateurs. Andrew could talk about 5 different incredibly diverse topics simultaneously. He would not only kept them straight but he would come up with brilliant ideas on how to tackle each topic.

In the three years since the “Bigs” began to publish my posts, Andrew and I may have spoken maybe 30 times either in person or on the phone, yet I call him my friend. It is not some delusions of grandeur on my part, just that Andrew Breitbart made people feel like they were the most important people in the world and a key component of his team. Allow me to give you an example:

While on the publicity tour for his latest book, Andrew appeared on the Hugh Hewitt show. Hewitt jokingly told Andrew of his disappointment that his name wasn’t in the acknowledgements. Piling on to a good joke,  I tweeted Andrew saying Hewitt had no right to be in the acknowledgements, but as one of his most prolific contributors I should have been named and should have gotten some of his royalties on top of it. The very next day I received a phone call apologizing for not including me.  He said he knew it was a joke but wanted to make sure I wasn’t really upset.  That was the Andrew Breitbart I knew, he always found time to make others feel important

The last time I saw Andrew was Saturday of CPAC. Sarah Palin had just finished her keynote address and the tired crew of bloggers was getting ready to go out to celebrate the three days of intense work just completed….well all except for Breitbart.  Andrew was holding court in the lounge of the hotel bar, discussing the news of the day with a group of college students who had attended CPAC.  He was answering their questions and wasn’t going anywhere until each questioner was satisfied. It wasn’t because of a need to be adored by a big crowd; it was because he really cared about the future of this country and wanted the students to understand what was going on around them.

That’s the point the anti-Breitbart smear machine could never understand, Breitbart wasn’t working  hard to promote truth for politics or ego,  he was motivated by his love for this country and for the future of his children.

In a way it is ironic that Andrew died just a week before the Jewish holiday of Purim.  Like many Jewish holidays, Purim’s theme is “they tried to kill us, we won, let’s eat.” What makes Purim different is that there is no overt, splitting of the sea-type miracle. The lesson is to have faith that our victory came from God even though he was “hidden” during Purim. To celebrate Purim Jews wear masks and costumes to hide our faces the same way God did.  Andrew Breitbart’s work was also about masks and hiding, he took off the mask of spin and rhetoric surrounding so much of what the media and politicians are telling us today. He fought hard to ensure that we would not be confused by the “happy-talk, everything is wonderful” costumes covering up the dangers ahead of us.

If  Andrew was here today he would be telling us all to stop our whining and to get of our asses and keep up the fight. Those who want to know how to honor Brietbart’s memory there is just one way to do it. Get off the sidelines! This is our fight now. As Andrew said at CPAC “pick up a sword and join in”.

For those of us who were in the fox hole with Andrew, we need to rededicate ourselves to the search for truth.  Andrew won’t be here to help us…he is in heaven right now warning God not to believe what the devil is saying.

May God provide comfort to Andrew’s wife Susannah, their four kids and the rest of his friends and loved ones:

May God comfort you, among the mourners of Zion and Jerusalem.

May Andrew Breitbart’s memory always be for a blessing.

I will miss you friend.