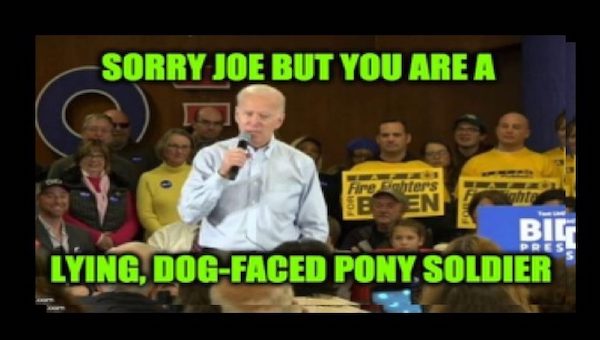 While the 2020 election cycle provided us with plenty of reasons to be concerned about a Joe Biden presidency, one issue seemed to stick in the GOP’s craw more than any other:  His immoral and nepotistic international business deals.

At the center of these concerns is Hunter Biden, son of the current President, whose vast global business network never appeared to be backed up by any expertise or experience. Instead, the theory was that Hunter was the conduit to his father, allowing the longtime politician to keep his plausible deniability intact.

Biden, of course, denied any wrongdoing, but new evidence suggests that we shouldn’t put much weight on these attestations.

President Biden met with at least 14 of Hunter Biden’s business associates. At the same time, he was vice president in the Obama White House, casting further doubt on the President’s repeated claims that he had no knowledge of his son’s foreign business dealings.

“I have never spoken to my son about his overseas business dealings,” Biden said in 2019.

But the President met with at least 14 of Hunter’s business associates from the U.S., Mexico, Ukraine, China, and Kazakhstan throughout his vice presidency, a Fox News Digital review found.

“Do you have pictures from the lunch I had in dad’s office (I think on 2/26) with Miguel Alleman [sic] Sr. And Jr. And Jeff Cooper? If so let me know and I can send someone to pick them up. Thanks. How was Kiev?” Hunter wrote in an April 2014 email to David Lienemann, Biden’s official photographer during his 8 years as vice president. Emails, which were reviewed by Fox News Digital, from more than a year later showed that Hunter arranged a video conference with his father and Carlos Slim, a Mexican billionaire with whom Hunter was seeking to do business with at the time, on Oct. 30, 2015.

Less than a month after the video conference, Slim, Velasco and Magnani attended a meeting with Joe, Hunter, and Hunter’s business partner and family friend Jeff Cooper at the vice presidential residence at Number One Observatory Circle, Washington D.C., according to photos dated Nov. 19, 2015 and published by The Daily Mail.

If Biden could lie flatly about these meetings, there is perhaps no limit to the untruths he has told the American people as President.