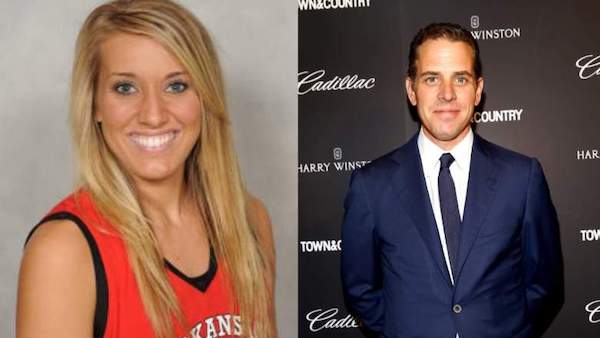 Hunter Biden is the subject of multiple criminal investigations related to “fraud, money laundering, and a counterfeiting scheme,” it’s claimed per court documents filed Monday in his Arkansas paternity case. The claims were made by a private-eye firm, D&A Investigations, hired by the baby mama Lunden Alexis Roberts who filed the paternity suit against him,

Ms. Roberts was a former DC Stripper named Dallas when she slept with Biden. But before that, she played college basketball at Arkansas State University. According to her coach at Western Illinois, the first college she attended, “Lunden is a great ball handler…is very savvy on the floor and has a lot of game experience.” Which is something Hunter Biden can confirm, based on their intimacy. 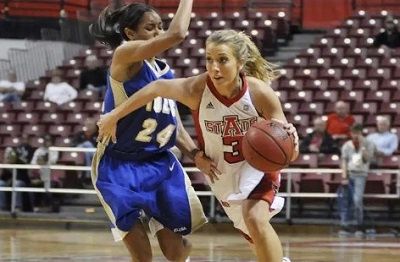 Boy oh boy, for a guy who was on the board of an energy company Hunter wasn’t smart or savvy enough to quietly make financial arrangements with his stripper baby-mama. Of course, he wasn’t smart enough to help run Burisma either.

As a result of those two realities, this story came to light at the worst POSSIBLE time for Sleepy Joe… with Iowa just around the corner.

Is this yet more evidence that Trump was entirely justified in looking into the situation where Biden bullied Ukraine into compliance by waving around a billion-dollar aid package?

Are the claims real? Are they a calculated political hit orchestrated by Joe’s 2020 rival? Maybe both? Hard to say. Here are the claims being made:

One of the claims involves Burisma, the Ukrainian oil company that’s at the center of President Donald Trump’s impeachment trial. Trump came under fire for a phone call with Ukraine’s president, Volodymyr Zelenskiy, urging him to investigate Hunter’s work with Burisma, while withholding some $400million in military aid.

The new allegations accuse Hunter and business associates of establishing ‘bank and financial accounts with Morgan Stanley … for Burisma Holdings Limited … for the money laundering scheme’.

…In addition, the documents allege that Hunter and three associates attempted to con Sioux Native Americans out of $60million through the sale of tribal bonds.

It’s unclear what agencies are allegedly investigating Hunter. But shortly after the allegations were filed, a judge struck them down because they were filed by an ‘intervener,’ according to the Post. — DailyMail

It’s looking more and more like there is enough plausibility to any claims about Biden’s corruption that it really DOES bear investigating.

Funny how that is precisely the thing that Democrats are trying to skewer Trump’s presidency for, isn’t it?

Can we expect an apology from Nancy Pelosi if Trump’s specific concerns about Joe’s claims ‘sounding bad’ turn out to be justified?

Will Democrats relent if a quid-pro-Joe is clearly proven?

Of course not. This is pure politics, nothing more.