Despite Promise To Quit, Hunter Biden Still On Board of Chinese Company 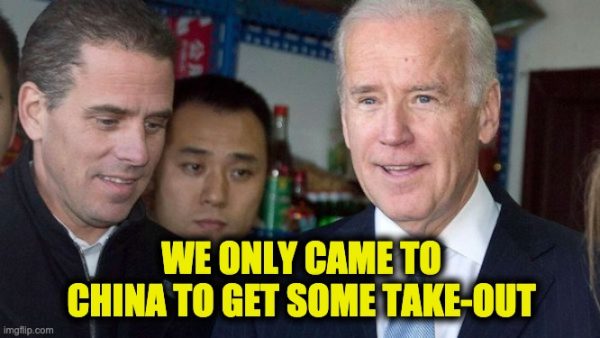 Per the Daily Caller. “As of Tuesday, BHR’s file on China’s National Enterprise Credit Information Publicity System (NECIPS) still lists Hunter Biden as being a director of BHR. Qixinbao, an independent service that provides registration information on Chinese corporations, also listed Hunter Biden as a member of the BHR board on Tuesday”

The reason his presence on the board matters is that, like his Ukraine dealings, Hunter Biden’s China business may have received some conflict of interest-type help from his Vice President daddy. As revealed in Peter Schweizer’s book Secret Empires: How the American Political Class Hides Corruption and Enriches Family and Friends

In December 2013, Hunter traveled to Beijing aboard Air Force Two with his dad, VP Joe Biden coincidently (if you believe in coincidences) ten days later, “Hunter’s company, Rosemont Seneca, became a partner in a new investment company backed by the state-owned Bank of China.” They called the new company,  Bohai Harvest RST (BHR).

In a NY Post article summarizing the Hunter Biden/China part of his book, Peter Schweizer wrote;

Per the New Yorker piece, the Senior Biden’s meeting with Li caused some White House advisors to worry whether the younger Biden was exposing his father to criticism. Especially since it was followed up by some “interesting” BHR deals:

(…)In December 2014, BHR became an “anchor investor” in the IPO of China General Nuclear Power Company (CGN), a state-owned nuclear company involved in the development of nuclear reactors. Not only is CGN a strategically important company in China, it was also facing legal scrutiny in the United States. In 2016, CGN was charged with espionage by the Justice Department for stealing US nuclear secrets.

In 2015, BHR acquired Henniges Automotive, a Michigan-based producer of vibration-dampening equipment, alongside Chinese military contractor Aviation Industry Corp. of China (AVIC). Given the military applications of Henniges’ technology, the deal required federal approval . Like CGN, AVIC was suspected of stealing US technology for its purposes.

Not long after the Henniges deal closed, AVIC debuted its new J-20 fighter — incorporating designs allegedly stolen from the US’ F-35 program.

That is just a smattering of how Hunter Biden’s China business smells of a conflict of interest for Joe Biden (and John Kerry also). As  Schweizer noted in the Post, “All of this adds up to an extremely troubling pattern. Much of the media, as they so often do, have chosen to air the spin, rather than the facts, on this issue. Did the Chinese give favorable treatment to Hunter Biden to curry favor with his vice-president father? The American public deserves to understand what exactly Hunter Biden was doing overseas and the extent of then-Vice President Biden’s involvement.”

Hunter Biden’s board position is unpaid, but he does own ten percent of the multi-billion-dollar company. He told the New Yorker in the article referenced above that neither he nor any of the investors have received a penny from BHR. That may be the case, but when the company starts rewarding investors, the payout is going to be huge.

At Hot Air, Ed Morrissey asks Did Hunter Biden Lie About Resigning From Board Of China-Backed Firm? As usual, it’s a must read!

To get the full story of Hunter’s overseas involvement and possible conflicts of interest by daddy Joe involving Hunter and other members of the Biden family, I urge you to read Secret Empires: How the American Political Class Hides Corruption and Enriches Family and Friends 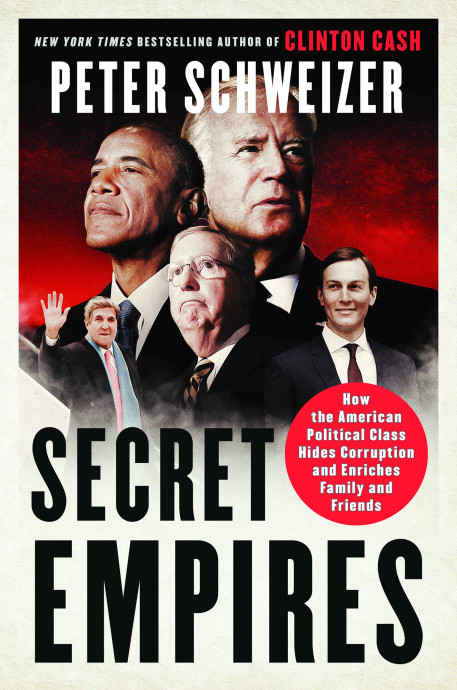