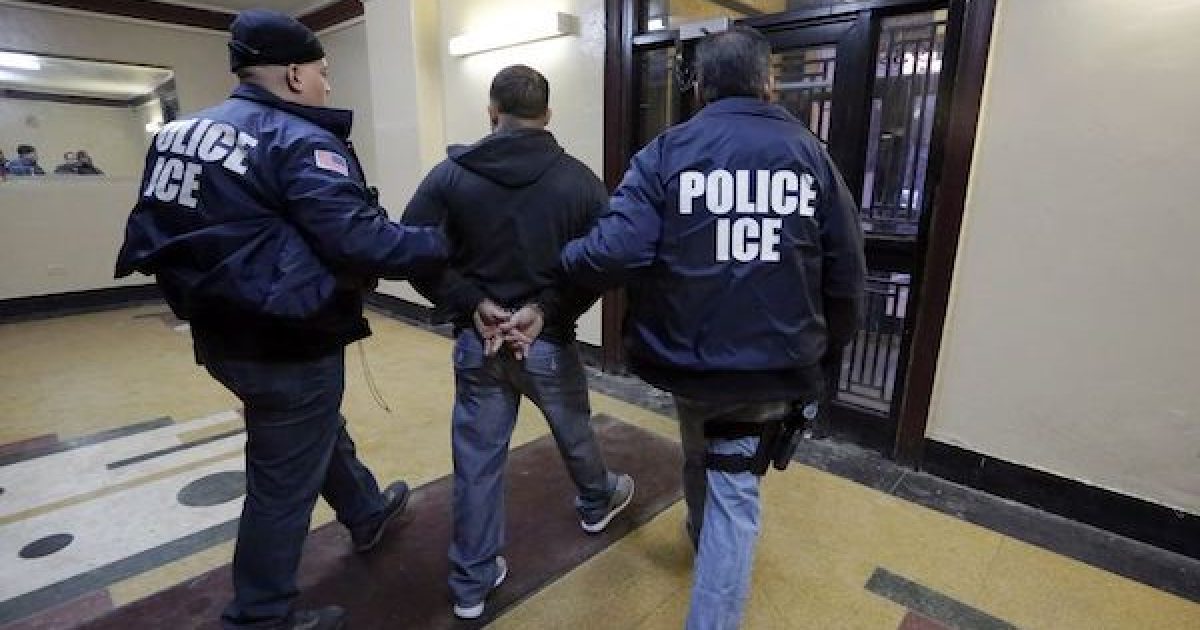 It’s one of the great liberal lies,  illegal aliens commit fewer crimes than American citizens or legal immigrants who are not yet citizens.  A post on this site in early January used data from Texas to prove that claim to be nonsense. The Federation For American Immigration Reform (FAIR) has taken it even further.  FAIR used “incarceration data from the federal government’s State Criminal Alien Assistance Program (SCAAP) and compared it to the public records of state and local prison data”  from Arizona, California, Florida, Nevada, New Jersey, New Mexico, New York, Oregon, Texas, and Washington. What they discovered was on average, Illegal aliens are three times more likely to commit crimes than legal aliens and American citizens.

Taken together, these ten reporting states represent a statistically significant sample. Although the calculations in this report are specific to those states, they include 65 percent of the total illegal alien population in the U.S. Therefore, even if the majority of unlawfully-present foreigners in the states not covered were never arrested, the rate at which illegal aliens are incarcerated would not change appreciably.

These numbers are for local violations only, it does not include illegals who are serving time in federal prisons, or have committed federal crimes which include immigration-related offenses..

These are the raw numbers for each state in the study, the total number of illegal immigrants incarcerated in these 10 states is 121,984. 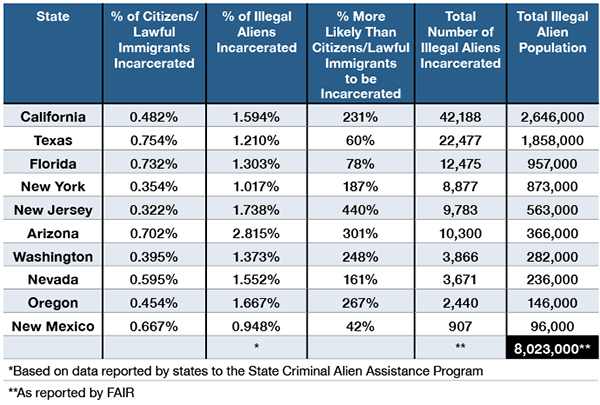 “This study should put to rest, once and for all, the notion that illegal aliens commit crimes at a lower rate than legal residents,” said FAIR President Dan Stein. “By focusing on states with significant illegal alien populations and that consistently report to the SCAAP program, FAIR’s study refutes this erroneous claim,” he said. “Contrary to the popular myth, this analysis shows that when applied nationally, SCAAP data from key states suggest that illegal aliens are incarcerated at three times the rate of legal residents, on average.”

The above crime numbers and rates for illegal immigrants reflect offenses that would not have happened, or at the very least would be significantly reduced if the U.S borders were secured and illegal immigrants were not permitted into the country. Border Protection agents and  Ice officials, the people on the ground, tell us that barriers work. The victims of those 121,984 crimes can thank liberals and Democrats for not taking action to prevent their victimhood.

Below is the entire FAIR report.

SCAAP Data by on Scribd