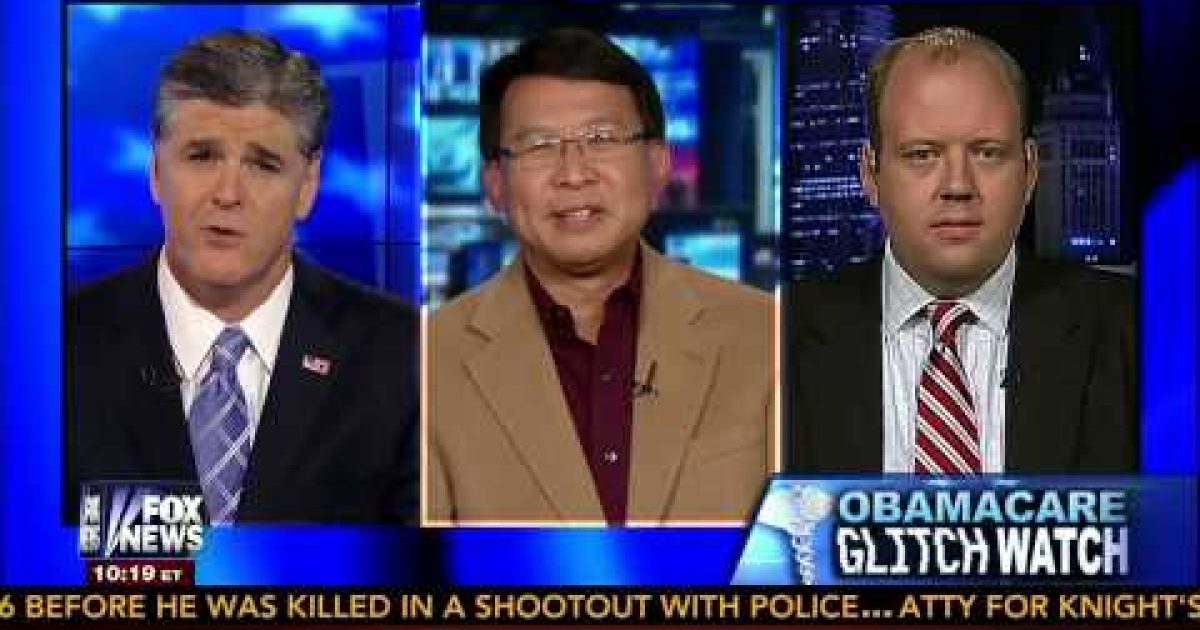 Different media outlets have pegged the cost to build the cost to build ill-fated Obamacare exchange website at anywhere from $350 to $618 million. According to two tech experts who appeared on Sean Hannity ‘s Fox News program on Wednesday the price should have been more like $5-10 million. Most of the discussion centered on the lack of security on Healthcare.gov, but as Hannity was ending the segment he asked the two experts, David Kennedy, president of database security firm TrustedSec and Luke Chung, president and founder of the software firm FMS

“If you would have been hired to build this site, how much could you build it for and how much better could it be?” Kennedy answered; “I would say to build a site like this with the infrastructure, the architecture around it, you are looking at maybe $5 million to $10 million at a very maximum rate.”

Hannity referring to the Congressional testimony of the Centers for Medicare and Medicaid Services Henry Chao that as much as 40 percent of the site had yet to be even built, asked:

Totally secure and it would work, functional start to finish. You wouldn’t still need to build 40% of the website? Kennedy responded, “Basically functional. You do proper testing. This isn’t rocket science. Web application development is a proven science. Companies do it all the time. Luke Chung agreed: “I would agree with Mr. Kennedy in the $5 million-$10 million range max.” and added, “None of these contractors are ever held accountable for delivering such crap.”

In the end the federal bureaucracy’s attitude will always be, “what’s a couple of hundred million dollars between friends?”