How CNN’s Crossfire Could Double Its Ratings Overnight 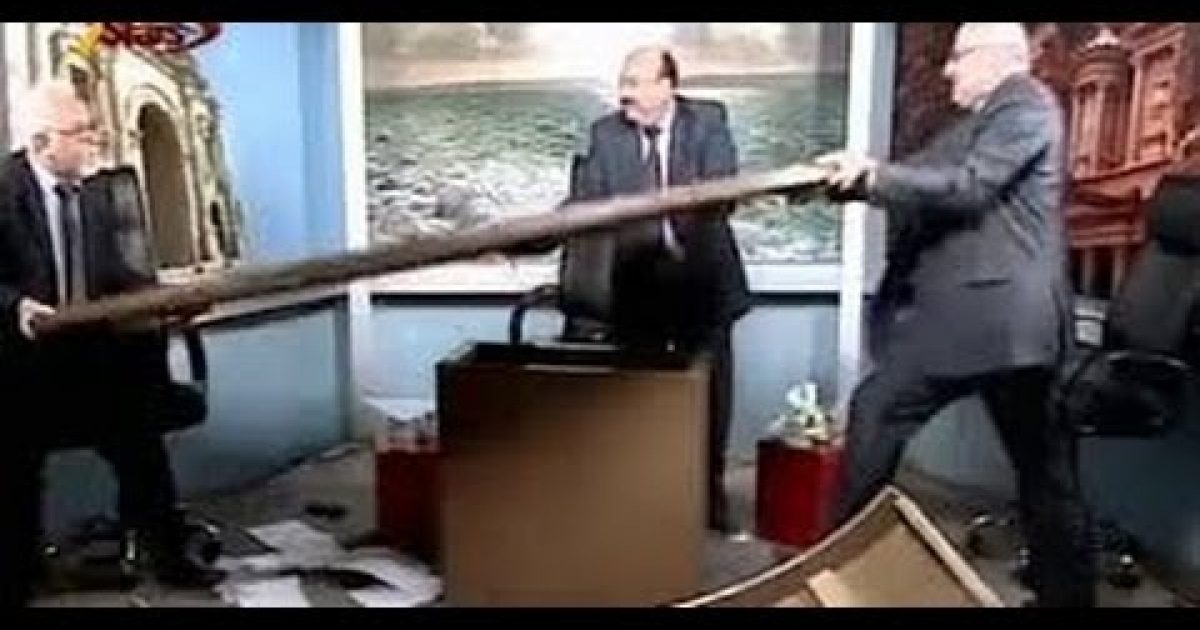 With one small format change CNN can double its ratings for Crossfire practically overnight.  All they have to do is adopt the format of the Jordanian program shown in the video below.

It started out peacefully, but then took a nasty turn after they disagreed over whether dictator Bashar al-Assad should remain in power.

Al-Jaiousy then accused al-Jawhary of being a “deviant” and told him to “shut up” after being accused of getting paid to support Assad’s regime.

Al-Jawhary then stood up and the shoving began. Host Zuhair al Azza was unable to control the duo, and the fight was only stopped after production staff pulled the pair apart.