Once again a Clinton is running for president, and once again the dirty tricks are flying. The Clinton’s are masters at the Political dirty trick. Hillary is using Bob Johnson (BET) to go after Obama in the Black community . she set up a “independent” group to go after conservative talk radio hosts (see Media Matters –Hillary Clinton’s Media Police) now she is using her Jewish friends to go after Obama in the Jewish community. Some people are saying that Hillary is sending out Emails containing articles about Obama being a Muslim which may be true she is quite creative. I can assure you that the original information about Obama’s background did not come from Clinton, for example my info came from a Daniel Pipes column-he is anything but a Clinton supporter.
.
But now Pseudo objections are being made by people like Abe Foxman’s ADL and other Hillary supporting liberal Jewish groups, criticizing the passing around of the about Obama being a Muslim. It is specifically done to bring up the issue about Obama being a Muslim.The issue (which is a real issue see Obama, the Muslim Thing and why it Matters on Atlas Shrugs) got a big jump in MSM coverage because of the Pseudo-objections of Hillary’s friends. By the way speaking of Atlas Shrugs, the picture above came from a different post on her site.

The NY Sun has an article today about how Bill Clinton used Dirty Tricks to get the Jewish vote in 1992. Gee it sounds very familiar:

Primary Colors A Clinton is running for president, it’s weeks before the primaries in New York, Florida, and California, where the Democratic electorate is heavily Jewish, and all of a sudden there is a subtle but discernible campaign accusing the Clinton rival of being bad for Israel. If it sounds familiar, it should. The scurrilous and false e-mails circulating to Jewish and other voters linking Senator Obama to the anti-Semitic leader of the Nation of Islam, Louis Farrakhan, and suggesting he is a secret Muslim are not without a precedent, as our contributing editor David Twersky reminded us this week. Back at a similar juncture in the 1992 primary campaign, Jewish voters began receiving mail denouncing William Jefferson Clinton’s chief rival of the moment, Senator Tsongas. Tsongas had just won the New Hampshire primary, much as Mr. Obama won Iowa. Super Tuesday in 1992 was March 10, later than this year’s February 5. All of a sudden, there were reports that the Clinton campaign blanketed condominium communities in South Florida with leaflets accusing Tsongas of being lukewarm in his support of Israel. The leaflets accused Tsongas of voting for a pro-Syria, and implicitly anti-Israel, resolution in the Senate. The attack omitted the fact that Senators Javits and Ribicoff had voted the same way, as had Senators Jackson and Kennedy — pro Israel stalwarts all. During a New York Times-mediated debate that largely focused on Social Security, Tsongas counter attacked. “When you put out the literature on my vote on aid to Syria, why don’t you also mention that six of the seven Jewish members of the Senate voted the same way I did, as well as Ted Kennedy and Scoop Jackson, who were adamant supporters of Israel? That would be fair,” Tsongas said. Mr. Clinton beat a retreat. “I will give you that. That was put out by local people, and when I saw it, I didn’t like it when I heard your explanation.” Asked, “Did you say anything about it?” Mr. Clinton replied, “Yes, I said, ‘Let’s don’t put that out anymore.'” All this was captured pitch perfectly in both the novel and the screen adaptation of Anonymous/Joe Klein’s telling of the story of Mr. Clinton’s rise, “Primary Colors.” In the novel, the scene takes place in the “Mogen David Senior Center” in Pompano Beach. Governor Jack Stanton (Clinton) takes the stage and speaks of “one other area where Senator Harris” — the Tsongas stand-in — “and I disagree — and that is foreign policy, specifically the Middle East. When he was a member of the Senate Foreign Relations Committee, my opponent had to cast a great many votes regarding the security and the future of the state of Israel. Now wait — I agree with many of his votes. But there were some…Well, I think it’s important to stand with our friends — and our country has no better friend than the state of Israel. And when we do have a difference of opinion, it should be settled privately.” In both the movie and in real life, the attack was groundless, but the damage was done. Mr. Clinton routed Tsongas in Florida as well as in other southern states. American Jewish voters began a love affair with Bill Clinton, giving him super majorities in the general elections of 1992 and 1996. But the fact remains that friends of Israel cannot afford to accuse recklessly political figures of being anti-Israel. The charge is important and no one should shrink from making it when required; using such a charge purely to sway Palm Beach county voters and with not even a casual regard for the truth, does a singular disservice. This week Mr. Obama issued a statement saying, “I decry racism and anti-Semitism in every form and strongly condemn the anti-Semitic statements made by Minister Farrakhan.” Mr. Obama’s statement said he disagreed with his church newsletter’s decision to honor Mr. Farrakhan. Mr. Farrakhan, in any case, is a figure whose influence is thankfully on the wane. The senator, meanwhile, has attended Passover Seder in at least one Jewish home with which we are acquainted and done just great. As for Mr. Obama’s support for Israel, we addressed it fully in an editorial of January 9, 2008, “Obama and Israel,” and concluded that as a candidate, he has chosen to put himself on the record in terms that Israel’s friends in America, at least those not motivated by pure political partisanship, can warmly welcome. The bottom line is that leaders of nine major Jewish groups, including the Anti-Defamation League, the American Jewish Congress, the American Jewish Committee, Reform Judaism, the United Jewish Communities, and the Union of Orthodox Jewish Congregations of America joined together this week in a letter that characterized as “despicable” the “hateful emails that use falsehood and innuendo to mischaracterize Senator Barack Obama’s religious beliefs and who he is as a person.” If it works for the Clintons again this time around, we wouldn’t be surprised to see it tried again, maybe even sooner than the 16 years between incidents it took from the Primary Colors campaign to this one. 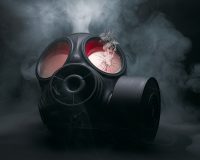 As America Focuses On Internal Strife, War Between Israel & Iran Could Start At Any Moment
April 22nd, 2021 Sons of Liberty Media