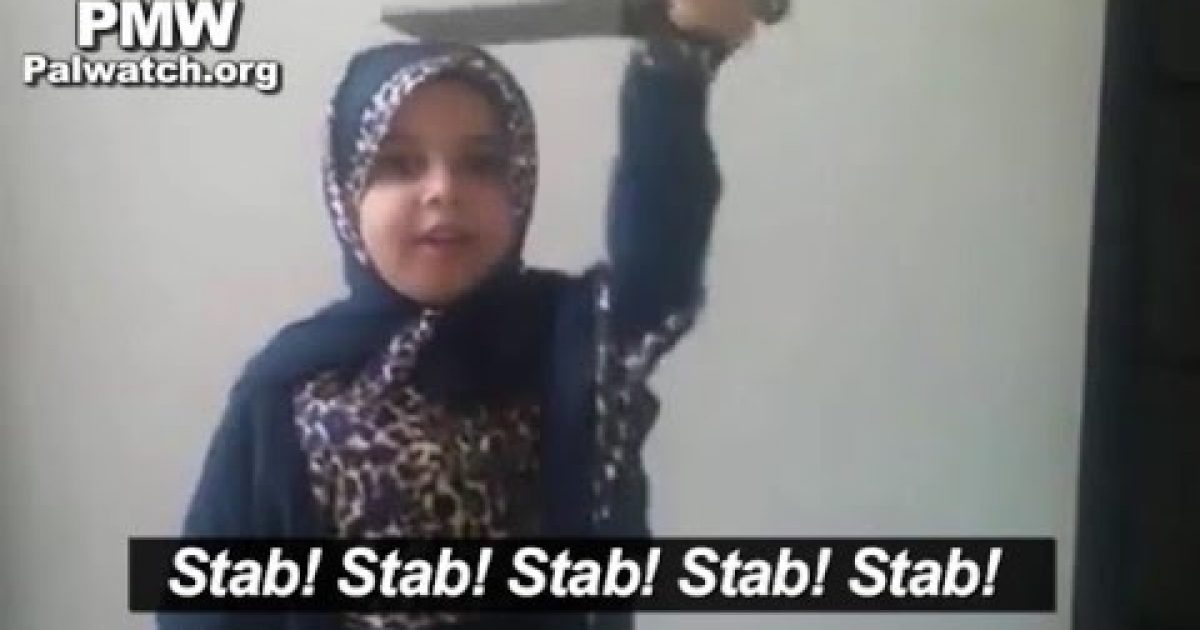 It was Golda Meir who said, There won’t be peace until the Arabs love their children more than they hate ours.” What Golda didn’t realize is after four decades of suckling on the teats of Western appeasement, terrorism has gone from a strictly Palestinian practice and spread throughout the Muslim world.

Today as the fear of terrorism is gripping Europe and the United States, somewhere in the Palestinian territories, the next generation of terrorist is being taught. in the video below a little girl is getting lessons on stabbing Jews.

A girl from Khan Yunis, in the south of the Gaza Strip, supports the stabbing operations (i.e., terror attacks) by the young people of Hebron.

This video and the term “so what” is a reference to a hashtag appearing on Palestinian social media as a slogan used to encourage Palestinians to continue rioting, throwing rocks and using violence against Israelis. “#so_what” is a Palestinian response that makes light of Israel’s alleged crimes, showing that Palestinians don’t care. It also implies that no matter what Israel does, the Palestinians will continue not to care, and they will continue to riot, throw rocks, carry out stabbing attacks etc. The words refer to a video that went viral, showing an elderly Palestinian man arguing with Israeli soldiers. A soldier points to rioting Palestinians, saying: “They’re throwing rocks at us.” The old man replies: “So what, let them throw rocks.”

Video and Translation is from Palestinian Media Watch