DeSantis Already Won The Battle With Disney; He Should Quit While Ahead 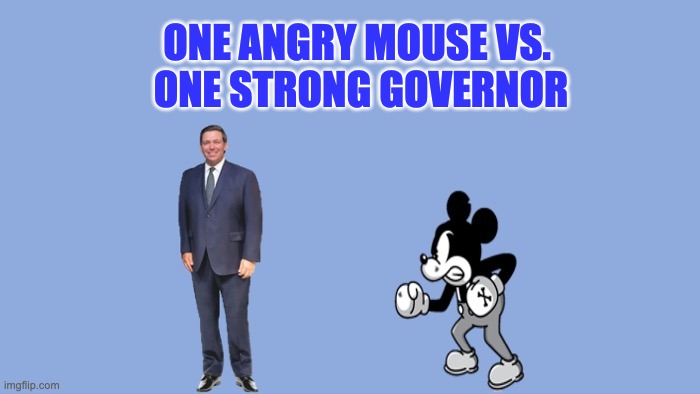 The Walt Disney Company has endured a brutal month of negative publicity.

The Florida legislature passed the “Parental Rights in Education” bill — which the corporation and its allies spread lies about — followed by the leak of a company meeting showing executives openly promoting an agenda to incorporate transgender themes into Disney content.

The perfect culture war storm led Gov. Ron DeSantis and Republican allies to push back, including a controversial move late last week to strip Disney of its special “Reedy Creek Improvement District” status. Going back more than a half-century, this jurisdiction exempted Disney World from tax laws in exchange for building the Magic Kingdom on massive open land southwest of Orlando.

The populist right was ebullient, deeming DeSantis an intrepid fighter as he undeniably pursued a presidential run.

But was it a conservative or even beneficial move for the state? Or was it theatrical and provides only very short-term gain?

“Like liberals’ emotional reactions to school shootings, this smacks of doing something for no good reason,” a Republican consultant told me on background. “To me, it’s a rare mistake by DeSantis, who’s normally data-driven and careful.”

The Villages, Orlando International Airport, and Daytona International Speedway have similar exemptions, as do nearly 2,000 other entities across the Sunshine State.

Residents know it’s how Florida deals with unusual circumstances and keeps everyone’s taxes down. DeSantis’ maneuver may do the opposite. It’s not a conservative move; it’s Elizabeth Warren-style Jacobinism and will cause more bureaucracy and debt and shift massive burdens onto taxpayers.

As corporations get bullied by the totalitarian left — none of whom read the innocuous legislation — they should prepare for retaliation from the right.

But Team DeSantis and the Florida GOP already had won. They enacted popular legislation that responded to concerns of the base while also standing up to one of the largest employers in the state.

Like Major League Baseball’s odious debacle last spring in Atlanta, Disney took its vacuous shot at the Florida parental bill and got demolished. Why would DeSantis win a contested national issue and get suckered into a battle he can’t win just a few weeks later?

“A lot of voters think it will impose punishment and change corporate culture, but it won’t achieve what it proponents want,” Noah Rothman said on Monday’s Commentary Magazine podcast. “That creates sense of dissatisfaction with politics that’s ultimately self-defeating imbues a sense of fatalism in people who want to culture wars meted out through politics and legislative affairs.”

Those on cable news and talk radio defending the move argue that sticking it to Disney demonstrates the GOP is willing to fight. But again, DeSantis already fought Disney and won. This is not “fighting”; it’s a tantrum.

The normally populist Michael Brendan Dougherty agrees, noting, “I often feel that impulse to restore norms, but this substantively isn’t the right fight. Making someone hurt isn’t a good policy to attract voters. I think it backfires and helps the left.”

And as for tribalists who yell, “but we need to win,” Republicans are.

Republicans are also winning at the Supreme Court.

More than half the states now allow concealed carry, whereas just 20 years ago, only one did.