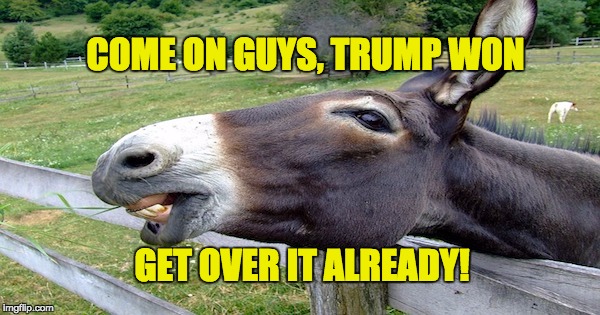 Rep. Sheila Jackson Lee said in a phone interview that she and her allies plan to challenge the validity of electoral votes in multiple states, where she argued voter suppression tactics may have tainted the outcome. She said a separate batch of challenges will focus on disqualifying electors who may have been ineligible to serve at all.

“This is an American question of justice and fairness and the appropriate running of presidential elections,” Jackson Lee said.

No it isn’t Rep Jackson Lee its an American question of ten Democrats in the house not being smart enough to accept the election results.

According to Politico if the House members secure the backing of a Senator, the House and Senate would have to debate each Electoral College vote. The results cannot  generate a debate unless there is a senator involved (there must be at least one person from each house).

“I certainly think the difficulty will be if we do not secure a senator,” said Jackson Lee, adding that she’s hopeful that the House members’ case will be compelling enough to convince at least one Democratic senator to step forward.

So based on history and the fact that the Republicans control both houses.

Steny Hoyer told ABC News he would join in with the effort if his colleagues were able to convince a Senator to play with them. He also admitted hat Trump will be president even if the challenge succeeds.

So it’s doubtful that the Democrats will be able to stop Donald Trump from becoming POTUS, but who knows when, or if the party whose symbol is a donkey will stop acting like an ass.