In my many years I have come to a conclusion that one useless man is a shame, two is a law firm, and three or more is a congress. –John Adams Second President of the United States

The Democratic members of the House of Representatives have a new motto, “Do As I say, Not as I Say.” Apparently that CIA program that the Democrats are having convulsions about was authorized by Congress:

Congress originally authorized the CIA to develop the secret counterterrorism program that is now drawing fierce criticism from House Democrats who say they were kept in the dark all along, a former senior intelligence official told FOX News on Monday.

The program, which sources told FOX News was a plan to capture or kill Al Qaeda operatives, also never came close to being operational, the intelligence official said.

“This was not a program. It never began,” the former official said. “The authority was given by Congress to develop this idea. … There was no need to brief it. It wasn’t a reality.”

The question arises, how could Congress not know about a program they authorized. Man I think they need some Ginko with their decaff. The real truth is that these complaints have nothing to do with the CIA and/or Dick Cheney, and everything to do with the fact that the Democratic party is looking to deflect attention away from the fact that the economy is sinking deeper into the toilet every day.

According to reports, the secret CIA program halted last month by Director Leon Panetta involved establishing elite paramilitary teams that could be inserted into Pakistan or other locations to capture or kill top leaders of the Al Qaeda terrorist network.

The program — launched in the immediate aftermath of the Sept. 11, 2001, terrorist attacks — was never operational. But officials said that as recently as a year ago CIA executives discussed plans to deploy teams to test basic capabilities, including whether they could enter hostile territory and maneuver undetected, as well as gather intelligence and track high-value targets.

“You always want to have capacity because you cannot predict opportunities,” said a former senior U.S. intelligence official with extensive knowledge of the program.

On Sunday, Former CIA Director Gen. Michael Hayden blasted the Democratic suggestion that he with held any information from congress:

In an interview with The Associated Press, Hayden maintained that top members of Congress were kept well-informed all along the way, notwithstanding protests from some that they were kept in the dark.

“One of the points I had in every one of the briefings was to make sure they understood the scope of our activity ‘They’ve got to know this is bigger than a bread box,’ I said,” said Hayden, who also previously headed the National Security Agency.

“At the political level this had support,” said the one-time CIA chief, jumping foursquare into an escalating controversy that has caused deep political divisions and lingering debate on the counterterrorism policies of an administration now out of power. He said that he personally briefed top lawmakers on the entire surveillance operation and said he felt that they supported it.

Nothing like the legislative branch falsely trashing our intelligence operations during a war,to satisfy political motives. Way to Go Democrats. 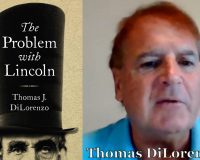